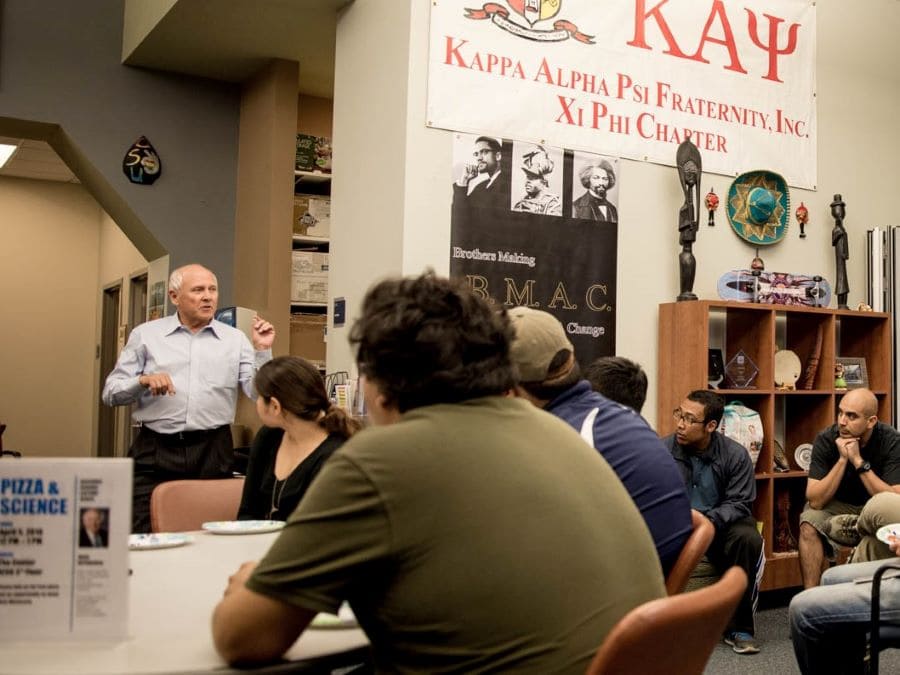 The impressive record of investment by Mick Hitchcock, Ph.D. in the infrastructure for science and research at the University of Nevada, Reno continues with gifts made in the latter half of 2020. Hitchcock’s recent gifts are directed to enhance equipment and infrastructure, and include:

Hitchcock’s support over the years has spanned many departments and disciplines across the breadth of the University. His first gift to the University in 2013 established a Graduate Assistants Fund. He established the Mick Hitchcock, PhD. Endowed Chair in Medical Biochemistry and the Undergraduate Microbiology Teaching Laboratory Renovation Fund. He invested in development of the Nevada Genomics Center and the Mick Hitchcock, Ph.D. Nevada Proteomics Center, core laboratories available to researchers University-wide and to industry as well. More recently, he trained his sights on bolstering scientific understanding by funding The Hitchcock Project for Visualizing Science in the Donald W. Reynolds School of Journalism.

For Hitchcock, it all connects and builds. For science to have the most impact, the most far-reaching success, a web of understanding, engagement and infrastructure is required, and collaboration must be encouraged.

“The big issues are not solved in a single lab. Collaborations are the wave of the future,” Hitchcock said in a 2020 Nevada Silver & Blue feature. “When you have a whole team of diverse thinkers pushing forward, it makes learning and research all the more special.”

“One of the things I also see as a longer-term value of my work is helping Nevada have a greater recognition of what goes on at the University and its contribution to the economy and the region itself,” said scientist and philanthropist Mick Hitchcock. “There’s a lot of good science going on here.”

“The breadth of Dr. Hitchcock’s generosity represents a singular contribution toward this University’s research impact and Carnegie R1 classification,” said University President Brian Sandoval. “Equally striking is his gift of time, wisdom and mentorship which has meant so much for so many of our faculty and students.”

“Mick extends our view of possibilities; his excitement is contagious,” said Mridul Gautam, vice president for research and innovation.

A biochemist and microbiologist specializing in the development of antiviral therapeutics, Hitchcock worked for more than 40 years in the biopharmaceutical industry and played a key role in developing ground-breaking HIV drugs. He currently serves as a member of the College of Science advisory council and chair of the University Foundation, and was awarded an Honorary Doctorate of Humane Letters from the University in 2017.

Learn more about Hitchcock and his support of the University and science by reading the feature, “An Infectious Passion for Science,” in the summer/fall 2020 issue of Nevada Silver & Blue.