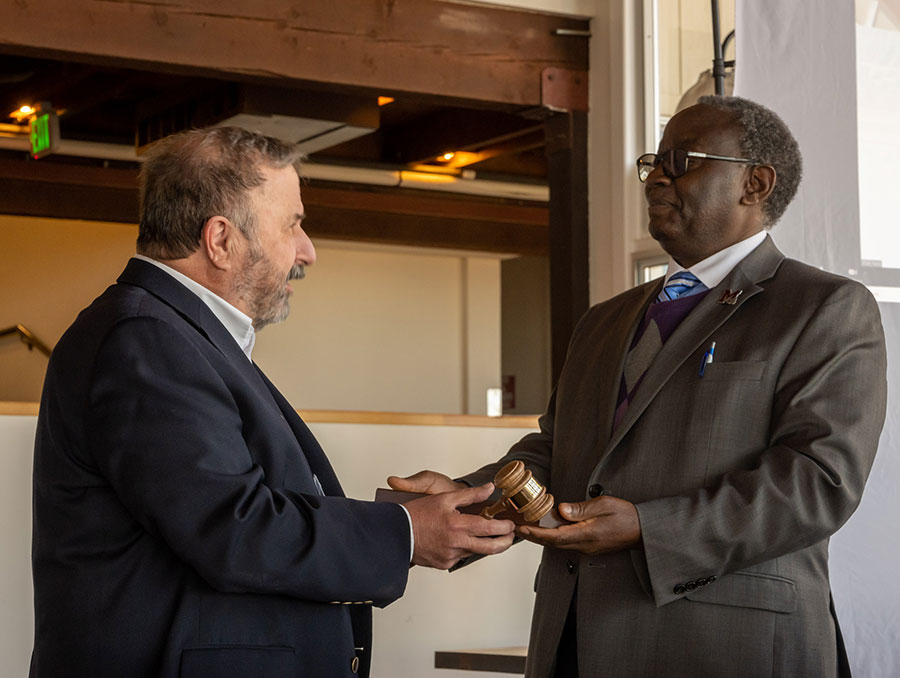 As chair, Pritsos has proposed a set of initiatives that he plans to focus on for the upcoming year. One of these initiatives is assessing how agriculture is being affected by and affects climate change, and what can be done to continue to produce food to feed the world in these changing conditions. As fire and drought increase, Pritsos also believes that studying the impact these have on traditional agriculture and natural resources should be a top priority for Experiment Stations, especially those in the West.

ESCOP is the governing body of the Experiment Station Section and makes recommendations on budgets and policy to federal agencies and lawmakers related to food, agriculture and natural resources on behalf of the state agricultural Experiment Station directors and administrators.

In Nevada, the Experiment Station is a unit of the College of Agriculture, Biotechnology & Natural Resources at the University of Nevada, Reno. However, the unit maintains a network of field stations, laboratories and ranches throughout the state, where research is conducted on issues important to the entire state, and the country. Pritsos has been part of ESCOP since he became director of University of Nevada, Reno Experiment Station in 2016, and has been on the leadership committee as incoming chair for the past year. He previously served at the regional level on the Executive Committee of the Western Association Agricultural Experiment Station Directors for five years, two years as chair.

“This position goes hand in hand with my work in the College,” Pritsos said. “ESCOP works on the budget and policy issues at the federal level that directly impact all state Experiment Stations across the U.S. and its territories, and I’m excited to keep being a part of that.”

Pritsos hosted the National Experiment Station Section Annual Meeting last month at Palisades Tahoe. The theme for the four-day meeting was Disruptive Innovation and focused on providing Experiment Station directors with panels and workshops about topics such as post-pandemic innovations to sustain higher education and the role of Experiment Station-directed research in finding solutions to climate change challenges.

In his year-long position as ESCOP chair, Pritsos will also be helping the organization to provide Experiment Station liaisons for a variety of committees, agencies and organizations, such as the Association of Public & Land-Grant Universities and the National Institute of Food and Agriculture, to ensure Experiment Stations across the country have the support needed to conduct work and research.

Research being done on drought-tolerant and high-demand crops