The president and CEO of PBS delivered the lecture “Science & Technology: The Role of Public Media in Sparking Change” 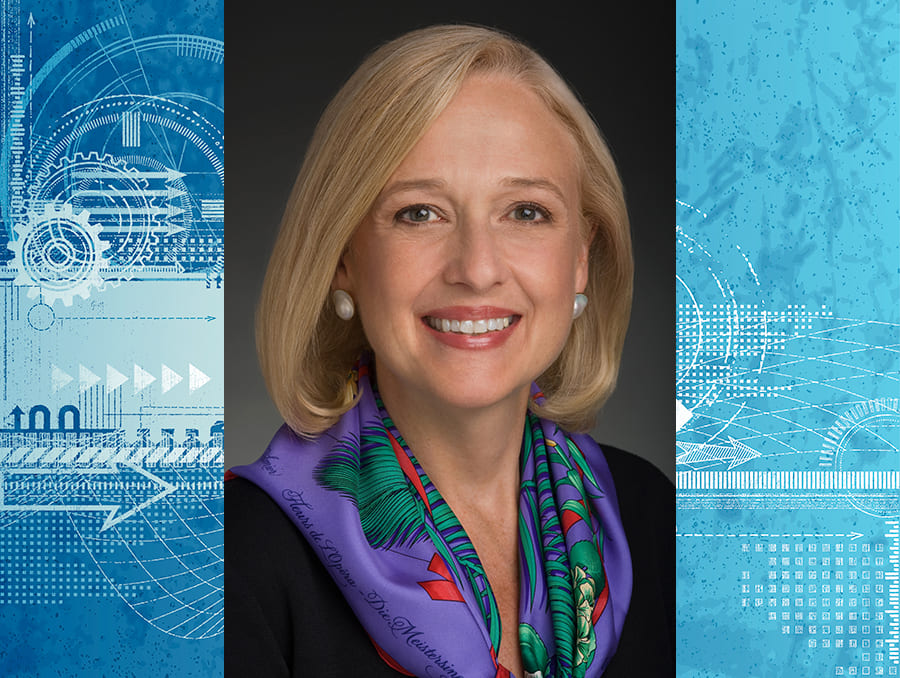 The president and CEO of PBS delivered the lecture “Science & Technology: The Role of Public Media in Sparking Change”

Paula Kerger, president and chief executive officer of PBS, spoke at the College of Engineering’s 2021 Distinguished Lecture Series. Her lecture was titled “Science & Technology: The Role of Public Media in Sparking Change.” The virtual event took place on Wednesday, Nov. 3.

“Over the past 10 years, the College of Engineering has experienced tremendous growth in all aspects of its operation, and we have accomplished that by focusing on our three major strategic objectives. The first is to offer our students a globally competitive engineering and computer science education; the second is to conduct cutting-edge research; and the third is to engage in high-impact outreach activities,” Maragakis said. “Tonight's event is part of this third objective, which has as a goal to bring to our community prominent speakers and timely topics.”

While introducing Kerger, Lafrance noted that PBS reaches more than 100 million people each month through television and another 32 million through online platforms. With 15 years in the leadership role at PBS, Kerger is “the longest serving President and CEO and PBS’s history” and “she is considered one of those most powerful and respected women in modern-day America.”

Kerger’s lecture focused on the ways in which science and technology advance the ability of PBS to tell compelling stories. New developments in technology not only serve as the basis for video series but also enable new methods for recording and delivering the stories. To illustrate these points, Kerger discussed two PBS programs: The Farthest: Voyager in Space and the upcoming Green Planet.

The Farthest: Voyager in Space documents NASA’s 1977 mission to explore our universe. In 2012, when the Voyager 1 spacecraft left our solar system, it became, arguably, one of the greatest technological achievements in human history. For Kerger, the story not only inspires wonder and awe for the immensity of the universe, but it also exemplifies the power to innovate.

“Consider for a moment the extraordinary developments in technology that were born out of the space race and the many outgrowths of that scientific pursuit that make our lot easier and better,” Kerger said. “During this time, when science seems to be questioned and scientific truths are called into question, it's profoundly important that we tell stories such as these—stories that remind us that science can enable and empower the world.”

While The Farthest: Voyager in Space explores the unexplored reaches of the universe, Green Planet will give viewers a new way of looking at Earth’s plant life. Aside from its narration by David Attenborough, what sets Green Planet apart from prior investigations of the mysterious lives of plants is the advancement in technology that allows viewers to see plant life in a new way.

“Green planet will share the story of plants and why our very existence depends on them. The series will also showcase the latest technologies in filmmaking,” Kerger said. “Through thermal cameras, frame-stacking time lapse and Mo-Co robotics, we will travel beyond the capacity of the human eye to take a look closer and deeper into the lives of plants.”

Kerger also discussed the incredible power that the stories on PBS and its various platforms has to encourage people from all backgrounds to pursue science and technology.

To expand its impact, PBS has built out its PBS Digital Studios initiative, which produces original video content for YouTube and Facebook. Through more than 20 series, PBS Digital Studios has more than 27 million subscribers and more than 3 billion views. Through this robust delivery of content, PBS is able to inspire more people to pursue the scientific life.

“Across our science programming, we try to instill a sense of wonder and excitement, holding up the scientists as modern-day explorers and adventurers,” Kerger said. “And we make the magic of science available to people from all backgrounds and walks of life, including communities who haven't historically been represented in the field.”

Among the programs available through PBS Digital Studios, for example, is the YouTube science hub TERRA. In partnership with the National Science Foundation, TERRA is committed to “conduct research and use innovative production strategies to engage women, as well as Black and Hispanic communities.”

Kerger highlighted the series When Whales Walked: Journeys Deep in Time to illustrate what this initiative looks like in practice. The series follows scientists as they explore the fossil record to interrogate what we thought we knew about the evolution of specific species. Featured in the program is paleontologist and Associate Curator for the Field Museum Jingmai O’Connor.

“Jingmai O’Connor...doesn’t fit the old mold for scientists,” Kerger said. “When I was growing up, as a young girl who loved science, I had a certain image of a scientist—a crazy man in a white lab coat—and it would have been so empowering for me to see women like Jingmai taking on leadership roles in science. There’s a large body of research that educational institutions have for decades unconsciously pushed girls away from science and math. Part of our job at PBS is to make these fields of study more accessible to everyone.”