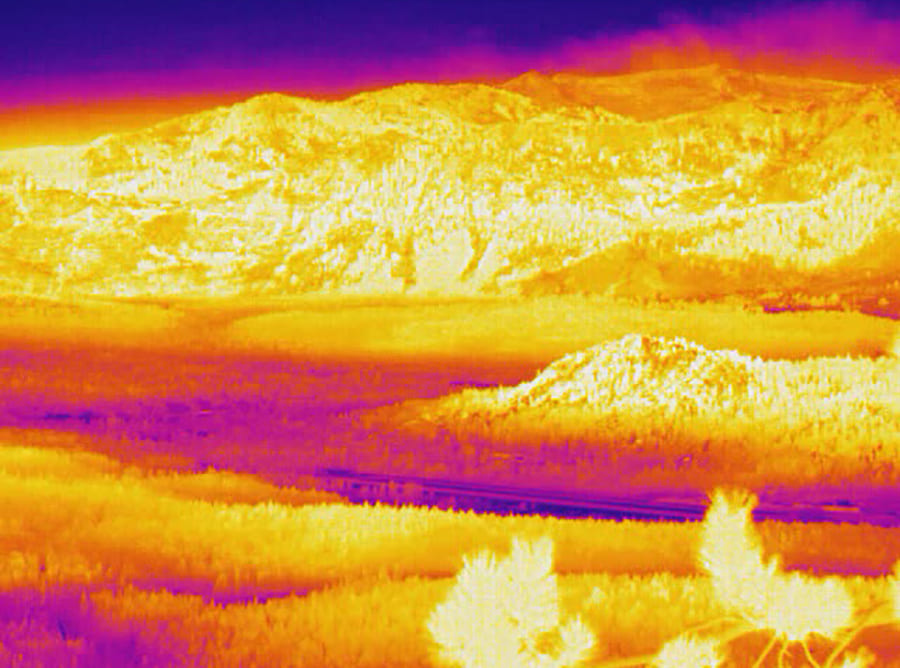 Two thermal cameras are in place for the Caldor Fire to help firefighters see active flames through the dense smoke that hampers efforts to knock down the blaze. ALERTWildfire crews from the Nevada Seismological Laboratory and DigitalPath, a wireless Internet service provider based in Chico, California, installed the second camera Friday, Aug. 27 at Angel’s Roost at the top of the Heavenly Mountain Resort overlooking the Lake Tahoe Basin and the Sierra Nevada to the west.

The technicians installed the forward-looking infrared (FLIR) Teledyne camera at Angel’s Roost yesterday with the immediate goal of providing high resolution imagery of active flames and spotting through thick smoke if the Caldor Fire spills into Lake Tahoe Basin. Firefighters are attacking the fire to prevent it from damaging homes and structures south of Lake Tahoe and from entering the Lake Tahoe Basin.

With unprecedented fire conditions and smoke creating extremely low visibility and hazard to health, the 143,000 acre Caldor Fire is 12% contained and has caused more than 40,000 people to be evacuated with evacuation warnings just entering the Tahoe Basin.

The thermal camera data are on the ALERTWildfire camera page and are available to firefighters and the public to observe fire behavior. Nevada Seismo Lab technical staff are integrating the Teledyne camera data into the ALERTWildfire real-time website and streaming at DigitalPath's weathernode.net site. The other thermal camera in place for the Caldor Fire is located on the Mt. Danaher ALERTWildfire site between Placerville, California and Pollock Pines, California near Highway 50. Both cameras are on loan from Teledyne for wildfire response. DigitalPath also installed two Teledyne cameras earlier this month to track the Dixie Fire, providing intel during the burn-over of Greenville, California.

The thermal cameras augment the dozens of ALERTWildfire cameras that view the Tahoe area and the western slope of the Sierra foothills that U.S. Forest Service, CalFire, PG&E and other agencies are using during the Caldor Fire. They operate 24/7 with near infrared capabilities at night.

"With only zero to quarter-mile visibility from the thick smoke, firefighters can't get close to the fire with aircraft and can't follow the progress of the fire to mount an attack," Graham Kent, director of the Nevada Seismological Lab and UNR lead of the ALERTWildfire program said. "These two cameras should give a good view through the smoke for fire managers. It's important to identify early any spot fires that jump ahead of the main fire or the fire front as it changes direction."

ALERTWildfire is a network of over 900 specialized camera installations in California, Nevada, Idaho and Oregon used by first responders and volunteers to detect and monitor wildfires. Many of the cameras operate Nevada Seismological Lab's private digital microwave communication network. The cameras also support critical evacuation and firefighting efforts by relaying real-time information when it’s needed most.

ALERTWildfire is a collaboration between three major universities: University of Nevada, Reno; University of Oregon; and University of California, San Diego. First responders and federal, state and local agencies use the strategically placed cameras 24/7 to protect people, homes and the environment. Tahoe Prosperity Center has been instrumental in finding funding for the cameras in and around the Lake Tahoe Basin.