Ph.D. candidates Megan Higley and Frank Pulciano have received the Post Scholarship for their research in nuclear energy and packaging. 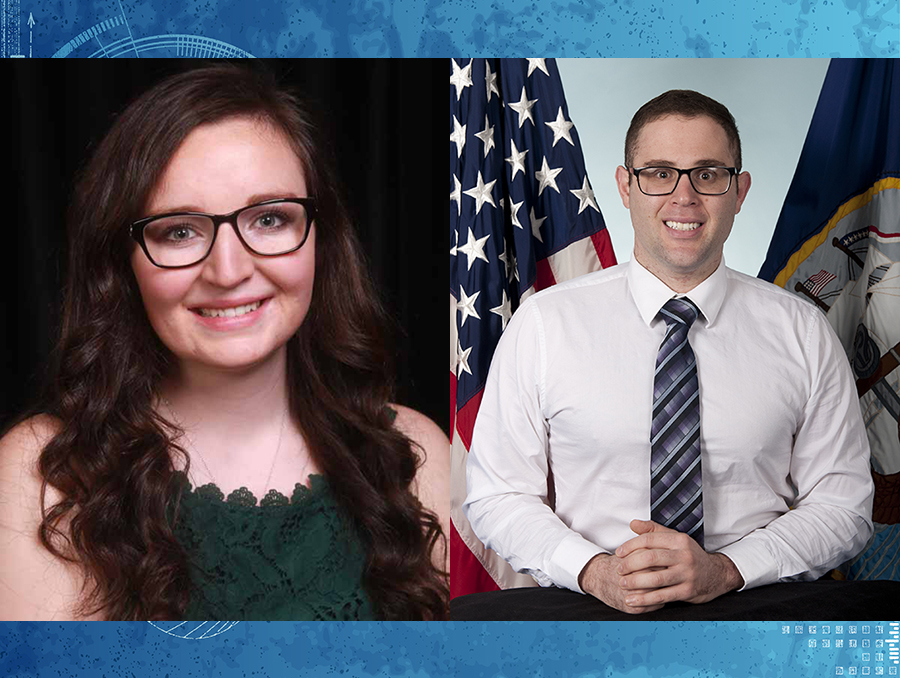 Ph.D. candidates Megan Higley and Frank Pulciano have received the Post Scholarship for their research in nuclear energy and packaging.

On March 10, the Roy G. Post Foundation announced its 2021 Roy G. Post Scholarship recipients. Of the twelve worldwide recipients, two are Ph.D. students in the Department of Mechanical Engineering in the College of Engineering: Megan Higley and Frank Pulciano both work in the laboratory of Research Assistant Professor Mustafa Hadj-Nacer.

“The Roy G. Post Foundation provides scholarships to students to develop careers in the safe management of nuclear materials and to participate in the Waste Management (WM) Conference. It is a prestigious scholarship awarded every year to a dozen undergraduate and graduate students from all over the world,” Hadj-Nacer said. “This year, two of my students, Megan and Frank, have been awarded this scholarship. This testifies of the hard work that both have put in their research and academic career.  It also reflects on the quality of the nuclear packaging program at UNR.”

While participating in the College of Engineering’s Accelerated B.S.-M.S. program, Megan Higley took a class on the fundamentals of nuclear power that solidified her career trajectory. Not long after, she began working in the lab of Professors Mustafa Hadj-Nacer and Miles Greiner on computational fluid dynamics, specifically evaluating the thermal behavior of dry spent nuclear fuel storage casks. Her early research on two-dimensional modeling led to two internships, at Argonne National Laboratory, and at Polytech Marseille in France. In 2019, she was awarded the UNR Nuclear Power Fellowship, which is funded by the Nuclear Regulatory Commission.

As a graduate student, Higley’s work has progressed to much more complex three-dimensional modelling of nuclear storage casks and is specifically focused on the International Thermal Modelling Benchmark Project, which is supported by the US Department of Energy (DOE) and the Electric Power Research Institute (EPRI). The DOE has a vested interest in the accurate modeling of storage casks to ensure that spent nuclear fuel is packaged and stored safely for extended periods of time. Higley is one of many researchers around the world striving to improve these models.

“We have people modeling the cask from all around the world, using different scenarios,” Higley said. “Then we come together to compare results. The second part of the project is to evaluate the assumptions we make about the casks. For instance, casks have very small gaps in them, but these gaps can have big implications in making accurate predictions.”

“In the TN-32, fuel pellets of the size of a thumb are lined up in sealed tubes,” Higley said. “These rods are arranged in 17×17 arrays to create a fuel assembly, and there are 32 assemblies in the TN-32. Back when computational resources were not as powerful as they are today, we did not differentiate between each tube and the gas that surrounds them. We treated assemblies as homogeneous (smeared) regions—single blocks.”

As a result, earlier models did not model the fuel rods and the gas surrounding them separately.

“We are building geometrically accurate models to replace the homogenized models,” Higley explained.

Hadj-Nacer added, “Megan is an excellent student. Her research is very thorough. She asks good questions and is always happy to help others. She understands the big picture of our research in the nuclear packaging program and can relate it to the work she’s doing and the work of others.”

Next up for Higley is an internship with Pacific Northwest National Lab, which is leading the international thermal modeling project.

A veteran of the U.S. Navy, Frank Pulciano’s earliest exposure to nuclear energy was onboard the USS Providence, where he served as a nuclear operator. While on active-duty, Pulciano finished his undergraduate degree in Nuclear Engineering Technology at Excelsior College, where he also served as the Vice President for the American Nuclear Society. Later, he received his M.S. in Data Analytics from the University of La Verne and is now working on his Ph.D. in Mechanical Engineering. As part of his studies, he is doing computational analysis of a radiological materials staging package, specifically the model 9975 package.

“Because the model 9975 contains heat-generating radiological materials, it is important to keep its components from reaching limit temperatures,” Pulciano explained. “We use computational fluid dynamics software to analyze heat transfer rates, air flow, and response to hypothetical fire accidents.”

Pulciano described his experience in the nuclear field as “really fun and rewarding” and noted that “nuclear energy can be a clean energy source when performed properly.”

Although he is excelling now, Pulciano said his academic career was not always easy. “It was scary getting out of the military and going to school. For every time I succeeded, I had two failures. Getting this scholarship feels good.  I’m super excited by it because it’s my first scholarship,” he said. “I hope it shows other veterans you can go chase your dreams and do what you want to do.”

“Because Frank worked on a nuclear submarine, he knows how nuclear reactors work,” Hadj-Nacer said. “It gives him a good perspective on what nuclear is, how it works, and its importance to energy production in the world and the U.S. specifically. He knows how important it is to store its waste safely, so he asks pertinent questions and is driven to find answers.”

Both Higley and Pulciano are pursuing a University of Nevada, Reno Graduate Certificate in Nuclear Packaging. Spearheaded by Miles Greiner, the program prepares students to join the nuclear packaging community while offering continuing education opportunities for current professionals. “The goal of the Certificate is to provide a practical and comprehensive curriculum in nuclear packaging. It gives students such as Megan and Frank, as well as working professionals, an advantage when seeking employment or advancement in the discipline.  It also helps the industry attract, train and retain current and potential employees,” said Greiner.  “Nearly one-hundred students have taken these courses since we started offering the program in 2016.”