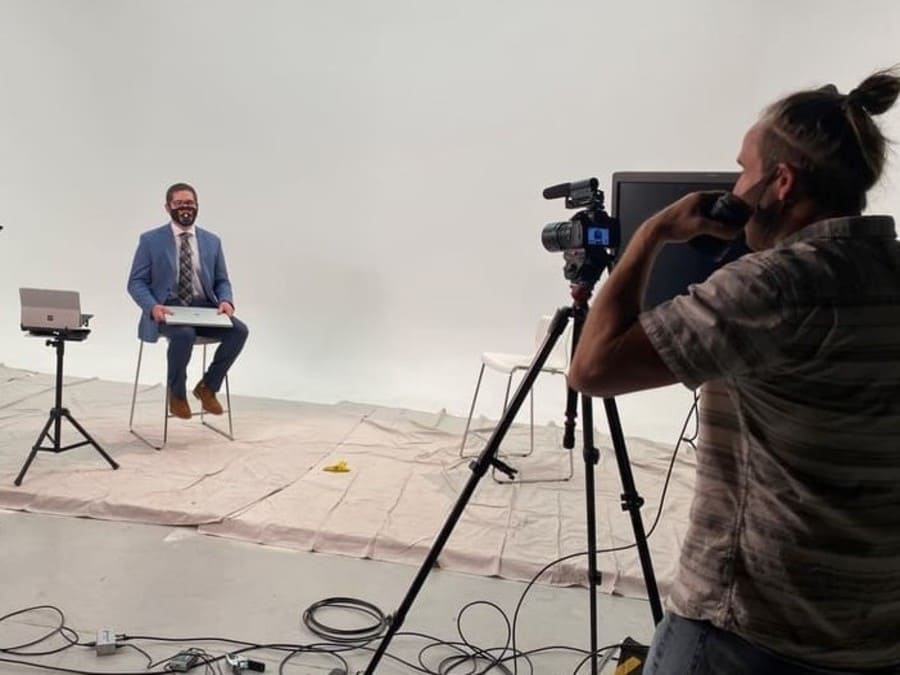 “Communicating through targeted, concise, accurate and timely strategies is important in all circumstances but rarely more important than during a public health crisis that impacts everyone in the world,” Reynolds School of Journalism alumnus Tim Robb said.

While the COVID-19 pandemic impacted everyone, life for Robb changed drastically when the virus reached Nevada. As one of the coordinators of Nevada's Public Health Response to COVID-19 at the Nevada Department of Health and Human Services, Robb used the skills that he learned at the Reynolds School to best prepare and protect his community.

Although his experience as the photography editor and business manager for his high school yearbook developed his passion for communication, Robb began his University of Nevada, Reno career studying education with an emphasis in math and special education. He was persuaded by a few brothers in the Sigma Nu fraternity to take professor Donica Mensing’s J120 Media in Modern Life course.

“I discovered the importance of strategic communications, and I started the process to change my major just part way through the semester.”

After graduating from the Reynolds School, Robb obtained a role at the executive level, strategic planning agency OnStrategy. In this position, he worked with clients such as the City and County of San Francisco, Washoe County and the Reno-Sparks Convention and Visitors Authority. He then expanded his ambitions to governmental work.

“[OnStrategy] is where I set my sites on a job within government, where I could bring my passion for people and put the skills I learned at OnStrategy to work.”

Robb’s first role at the Nevada Department of Health and Human Services was as a Homelessness to Housing coordinator, where he facilitated the Interagency Advisory Council on Homelessness to Housing’s efforts through the state. Robb began working in the Office of Public Health Investigation and Epidemiology right before word got out of an outbreak of the novel coronavirus in China. When the virus reached the United States, Robb said the department started preparing for a possible pandemic.

“We started monitoring just about every imaginable aspect available, but as we all know, there is still much to learn about the virus and disease that results from it.”

Robb was a member of the team that worked with the chief medical officer, state epidemiologist, and Public Health Preparedness program to address all possible outcomes.

“The information we put out was intended to save lives and decrease the impact of COVID-19 in the lives of Nevadans,” he said. “The pace we produced our guidance and directives outpaced many of our federal and state partners, ultimately being adapted and adopted by others as best practices.”

One of the team’s newer projects, a free mobile app called COVID Trace, aims to slow the spread of the virus using innovative approaches. It relies on a technology from Google and Apple called the Exposure Notifications System.

“The app exchanges anonymous information with other phones in your vicinity and can notify you if you've come in contact with someone who has tested positive for COVID-19,” Robb said. “It really helps individuals take ownership of their role in combatting the virus that causes COVID-19.”

The pride Robb has in the people he worked with during the start of the pandemic is clear. Since the early days, Robb’s team grew “by hundreds of people,” but he said that their work would not have been possible without the hard work and dedication of the initial team who had been working tirelessly since day one.

“These Nevadans are truly incredible and have sacrificed so much for people they will never meet. It has been said this is like an epidemiologist’s Super Bowl, but the typical football game takes about 3 hours, and this team has been playing their hearts out for about 8 months with commitment that has never wavered.”