66 Wolf Pack student-athletes to graduate this spring and summer 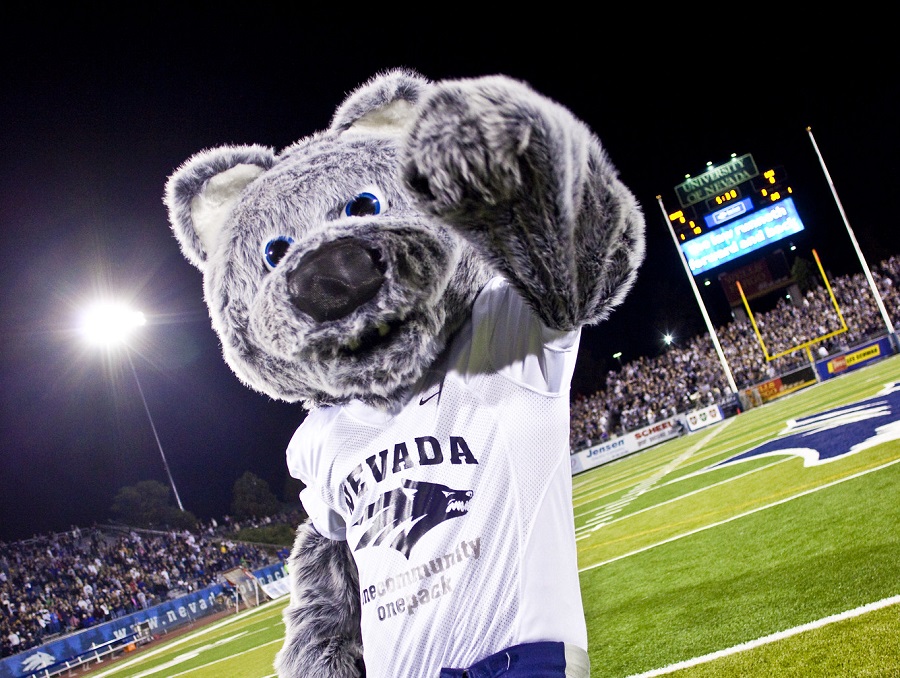 66 Wolf Pack student-athletes to graduate this spring and summer

A total of 66 Nevada Wolf Pack student-athletes have applied for graduation at the University of Nevada this spring and summer as ceremonies for the 130th Commencement have been held virtually in celebrations throughout the University system due to the COVID-19 outbreak.

“We are incredibly proud of the 66 members of our Wolf Pack family who are graduating this spring and summer,” said athletics director Doug Knuth. “The student-athletes and members of our cheer program are completing their collegiate degrees in the most uncertain of times. But I am most certain of this: Their focus, desire and dedication has never gone unnoticed, and their perseverance towards this great finish line is the embodiment of what it means to be part of the Pack.

“Special thanks is due, as always, to University president Marc Johnson and the great faculty on our campus for their extraordinary efforts during these times.”

BerDale Robins of the Pack football team was named as the winner of the Jayme King Inspiration Award for, among other accomplishments, his work in providing meals for homeless in his neighborhood in Los Angeles. Swimmer Caitlyn McHugh and Drew Graf earned the department’s Give Back Like Jack awards for their community service endeavors throughout the year. And baseball’s Jaylon McLaughlin and track and field’s Tina Lao won the department’s Dr. Chris Exline Award for academic perseverance and achievement.

This spring, the University will confer 3,240 degrees – 2,576 bachelor’s degrees and 601 advanced degrees (master’s and doctoral degrees). Sixty-three University School of Medicine degrees were awarded in a virtual hooding celebration on Thursday, including former Pack swimmer Misha Fotoohi, who was the class president, and cheer star Rodel Maulit. For more on the University’s celebrations, CLICK HERE.

“We are proud to recognize the outstanding, enduring and diligent efforts of individuals that reflect the sacrifice, spirit and mission of our University,” University President Marc Johnson said. “While students aren’t walking across the stage this May, they are receiving notable academic degrees as a result of impressive fortitude and unyielding determination during an unprecedented time.”

Including this spring and summer's graduates, Nevada has seen more than 1,100 of its student-athletes graduate in the past dozen years, a figure that includes 21 student-athletes who walked in commencement ceremonies this past December.

Cholodovskis is one of the most decorated swimmers in the past 10 years for the Wolf Pack. Over her four seasons, she tallied 18 total medals at Mountain West Championships (four gold, 10 silver and four bronze) while breaking two school records as a member of the 200 medley relay and 200 free relay. She is currently is ranked second in school history in the 100 fly and 200 IM while ranking third in program history in the 100 and 200 freestyle. She is also a two time academic all-conference swimmer and earned all-conference honors all four seasons and she claimed Mountain West Swimmer of the Week five times in her career and while winning more than 40 individual events with the Pack.

Johnson played two seasons for the Wolf Pack and helped the team to the 2018-19 Mountain West regular season championship and the NCAA Tournament team as a junior. As a junior, he was named the Mountain West Sixth Man of the Year and he was an All-MW second-team selection by the coaches and third-team by the media as a senior. Among his senior highlights were leading the Pack to the title of the Paradise Jam in the U.S. Virgin Islands, where was named to the All-Tournament team, and scoring a career-high 34 points in the home win over Boise State. Johnson was ranked nationally in 3-pointers per game (14th, 3.1 pg),  3-point percentage (17th, 41.7%), and made 3-pointers (26th with 91 total makes). He put his name in the Nevada record book with 218 3-point attempts and  91 made 3s both ranking as the sixth best season in school history and his 162 career made 3s is 8th in Nevada history.