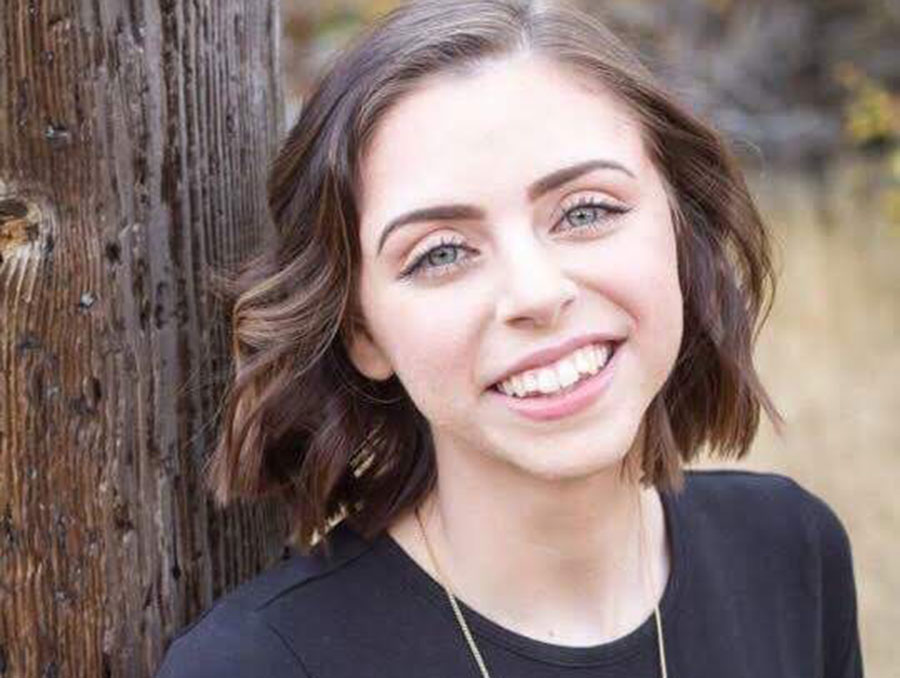 Reynolds School of Journalism May 2020 graduate Katie Grinsell never had a passion for traditional journalism. Yet, she still picked the Reynolds School to complete her university education.

“The video and editing side of things is definitely what drew me to the school to begin with,” Grinsell said. “I never had a passion for traditional journalism, but knowing that the j-school had resources for students to be able to make narrative content is what drew me in.”

Grinsell was awarded this May with the Reynolds School of Journalism 2020 Senior Scholar distinction for her cumulative GPA of 3.945. She said she was always driven to perform academically.

“I’ve always been taught to put your best effort forward in everything you do. This translated into how I performed in school and was always very important to me to at least try my best in all my classes.”

Grinsell’s senior scholar mentor was Luke Sorensen, the information technology manager for the Reynolds School. She recognized him as having the greatest impact on her scholastic success at the University of Nevada, Reno.

“He’s really been the only one at the j-school who has helped me to figure out how much I love video-production,” she said. “I've taken literally every class he's offered and gained something new from each one. I’m appreciative of Luke’s drive to offer these classes at the j-school and diversify what being a journalism student means and looks like.”

Grinsell took three of Sorensen’s courses in cinematography, video production and editing. Sorensen said he was able to mentor Grinsell because her interests aligned with what he was teaching.

“My favorite characteristic of Katie is her work ethic,” he said. “She has an attention to detail and a quiet curiosity. You aren’t sure if you are getting to her, but in reality, she’s absorbing all of the information you give her.”

During her college experience, Grinsell most enjoyed her video production courses.

“I think most people don’t even realize that video production exists within the j-school, but it’s up and coming for sure, and I would encourage anyone interested to give it a shot.”

One of her greatest successes was a class taught by professor Ezequiel Korin with assistance from Sorensen in spring 2019. In that advanced video production course, she and other classmates worked on a short narrative video series for the Reno Aces.

“I was the art director, and it helped me to see so much more of the production side of things and how passionate I was about being in the field. I learned so much from that class, and it’s helped me to see what else the video production field has to offer.”

Grinsell currently works for a video production company in Reno called Three Sticks Productions. She transitioned from a part-time to full-time role upon her graduation from the University.