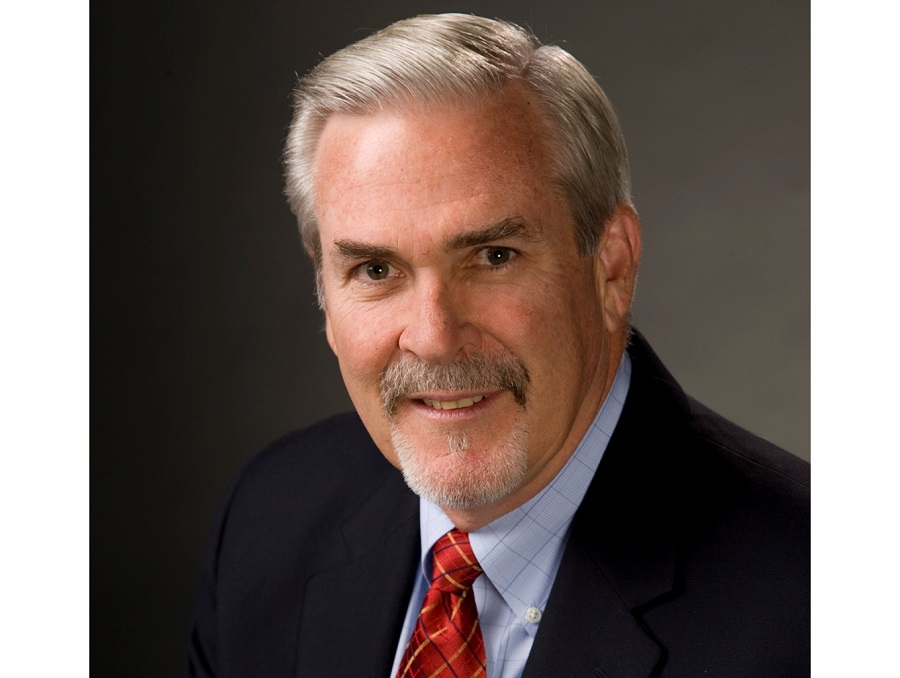 Research led by Kent Sanders, Foundation professor and chair of the Department of Physiology and Cell Biology at the University of Nevada, Reno School of Medicine, has contributed significant scientific understanding of activity in the gastrointestinal (GI) tract known as motility. His research has investigated cellular mechanisms of pacemaker activity and neural control of GI motility. For example, Sanders’ research group was the first to isolate and demonstrate the functions and mechanisms of a special class of pacemaker cells that drive motility in organs of the GI tract.

This is one of many seminal research findings that have marked an exemplary career and led to Sanders being named the Board of Regents’ 2020 Distinguished Researcher. The award is presented annually to recognize one researcher from across the eight institutions of the Nevada System of Higher Education, making it essentially Nevada’s top research award.

“It is difficult to imagine a more impressive level of scientific achievement, in both magnitude and duration, than that of Dr. Sanders,” said Thomas Schwenk, M.D., dean of the University of Nevada, Reno School of Medicine and vice president of the Division of Health Sciences. “He is an international ‘rock star’ in the field of gastroenterology, has supported a heavily funded laboratory for 42 years, mentored hundreds of students and trainees, and built one of the most highly cited departments of physiology and cell biology in the U.S.”

One of the world’s leading research groups

Sanders received a Program Project Grant (P01 grant) in 1989 from the National Institutes of Health (NIH), the first grant of this type and magnitude in Nevada. The grant has been competitively renewed five times over 30 years, marking $40 million in funding through this NIH program. As a result, much has been learned about the cellular basis for GI motility and about the ion channels that regulate the behavior of GI smooth muscle cells, neurotransmission in GI muscles, and the interstitial cells that generate and help regulate motility behaviors.

This NIH support also allowed the development of related research technologies, core laboratory services and a critical mass of investigators that Schwenk describes as one of the world’s leading groups on smooth muscle research.

In total, Sanders has served as principal investigator or as program director for grants totaling more than $90 million since his arrival in Reno in 1982, and his funding continues to grow, as he was awarded a new NIH R01 grant in April, since the awarding of the Regents Distinguished Researcher award.

Given the level of competitive funding support his research has earned, Sanders’ impressive scholarly output is no surprise. He has published more than 400 peer-reviewed papers, and his research has been cited more than 31,000 times, a factor that places him in the top 1% of biomedical investigators in the U.S.

Smooth muscle is specialized type of muscle cell that supports the motor activity of the GI tract, urinary tract, respiratory system, reproductive organs and blood vessels. It acts in an autonomous or involuntary way, but its activity can also be controlled by neurons, hormones and locally produced chemicals called paracrine substances. Sanders became interested in how cells are controlled by chemical reactions at their plasma membranes while a student studying chemistry at the University of California, Santa Cruz. His interest developed into studies of the electrical rhythmicity of smooth muscles during his Ph.D. work at the University of California, Los Angeles and subsequent post-doctoral Fellowship at the Mayo Clinic.

This is an important body of research: problems with GI motility are significant, with related disorders affecting millions of patients and costing billions of dollars. The contributions of Sanders and his collaborators further connects GI motility to diseases such as diabetes and other metabolic and cardiovascular diseases.

Interstitial cells of Cajal and other types of interstitial cells are involved in reception and transduction of neural signals, and the role of these cells is extensive in many tissues and organs. Loss or damage to these cells in disease or aging can seriously compromise the functions of smooth muscle organs.

Much of his study of interstitial cells was conducted in collaboration with Sean Ward and Sang Don Koh, both UNR Med professors of physiology and cell biology.

Mentorship for the future

Wei Yan, who received the Board of Regents’ 2020 Mid-Career Researcher, is one of Sanders’ mentorship success stories. Yan considers Sanders’ mentorship as one of the major contributors to his recent recruitment to the faculty of Harbor-UCLA Medical Center in a scientific leadership position. Yan described Sanders as a visionary, always watching where the science is going.

In 2006 Sanders was invited by the director of the NIH to serve on the National Commission for Digestive Diseases, charged with better understanding GI diseases and planning research and outreach for the next decade. The commission members came from gastroenterology programs at top universities including Harvard, Yale, Stanford, John Hopkins, Duke and the University of Chicago.

“Dr. Sanders was the only Ph.D. biomedical scientist, and therefore bore extra responsibility for defining the need for strong basic science research and training for the next generation of gastroenterologists,” said Schwenk.

Sanders has supported 60 post-doctoral fellows and 12 graduate students, many of whom have gone on to highly successful research and academic careers. His laboratory in the University’s Center for Molecular Medicine hosts an international student program that has brought nearly 300 students from universities in Ireland and the UK. The program was unfortunately interrupted in summer 2020 due to the COVID-19 pandemic.

Sanders has held several editorial board positions and currently serves as an associate editor of the most prestigious journal in his field, Gastroenterology.

He also has contributed to the success of research and training programs in southern Nevada. Sanders helped plan the COBRE program at the Lou Ruvo Center for Brain Health in Las Vegas and he serves on the External Advisory Committee for the COBRE Program at the University of Nevada, Las Vegas School of Medicine.

“Dr. Sanders’ career is truly distinguished, and he continues to approach his work with energy and passion. He is driven to contribute to science, to the development of his colleagues and our future scientists and to the betterment of the School of Medicine. Our University and our state are strengthened by his service,” said Marc Johnson, University president. “This award is overwhelmingly deserved.”