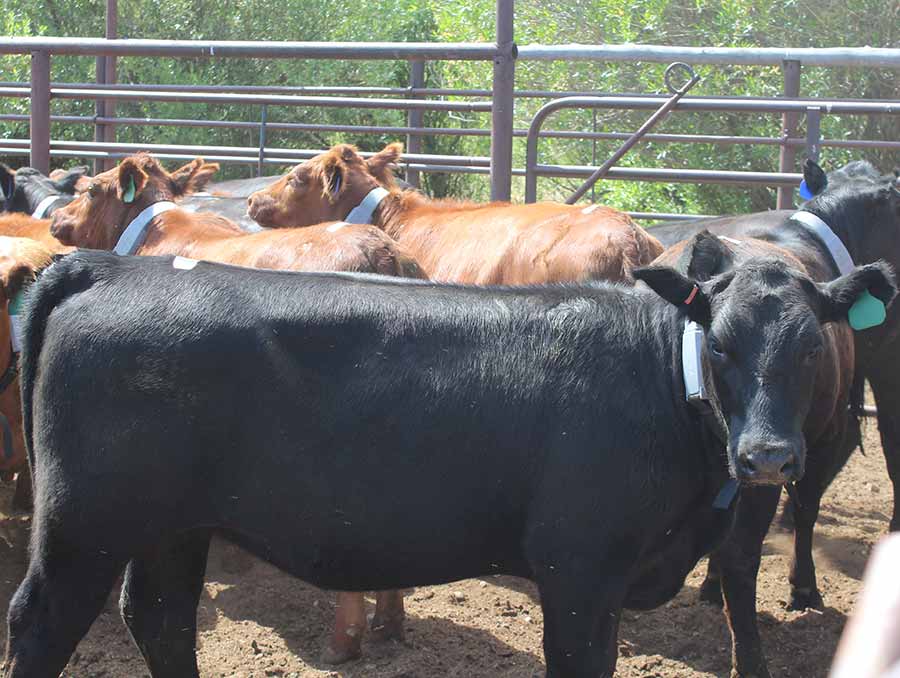 Paul Meiman, associate professor and Extension specialist in the University of Nevada, Reno College of Agriculture, Biotechnology & Natural Resources, is leading research on virtual fencing for ranches in Nevada.

When Meiman started working in Elko last fall as a specialist in rangeland livestock and wildlife interactions, he learned that local ranchers were interested in implementing virtual fencing for managing livestock. Meiman was aware of the benefits and advancements with these technologies, and he saw the opportunity to conduct valuable research on this new tool.

So, he and graduate student Nathan Jero worked with the Maggie Creek Ranch, Cottonwood Ranch and virtual fencing company Vence to install towers to communicate with GPS collars worn by the cattle. When the cattle are near the boundary dictated by the computer system, they’re signaled warnings through the collars, such as sounds and small electrical stimulation cues to keep them where they are supposed to be. The virtual fence boundaries can be placed almost anywhere and moved easily, unlike conventional fences. The cattle, about 130 at each ranch, received their collars earlier this month.

Meiman’s research is unique in the realm of virtual fencing due to both the scale and method. So far, virtual fencing has been studied using small numbers of animals (six to 30) on small areas of land (less than 30 acres). Meiman, however, is planning on using this technology on hundreds of animals and thousands of acres. His overall goal is to find the various ways this technology can help meet the needs of ranchers and sustain our rangelands for future ranching, wildlife and other purposes.

Many challenges faced by ranchers who are managing livestock grazing in order to maintain or improve natural resource conditions relate to animal distribution. This involves making sure that animals are where they are supposed to be for the appropriate amount of time. Virtual fencing has the potential to be one more tool to help managers achieve this, and, like herding, provides much more flexibility than static, conventional fences.

“We couldn’t dream of doing this kind of work without the support and help of the ranchers,” Meiman said. “With their help, we’re hoping these virtual fencing technologies develop into a new and valuable tool for rangeland management, helping to sustain this valuable resource for the future.”

The project, a partnership of the College’s Extension and Experiment Station units, the ranches, the Bureau of Land Management, and the U.S. Fish and Wildlife Service, is entering its second year of a three-year timeline.

While the potential benefits of this new technology are exciting, Meiman and the ranchers are firm that this tool will only add to a myriad of others and cannot replace the human aspect of ranching, such as the knowledge of both the landscape and animal behaviors and their complex interactions.

Research being done on drought-tolerant and salt-tolerant crops