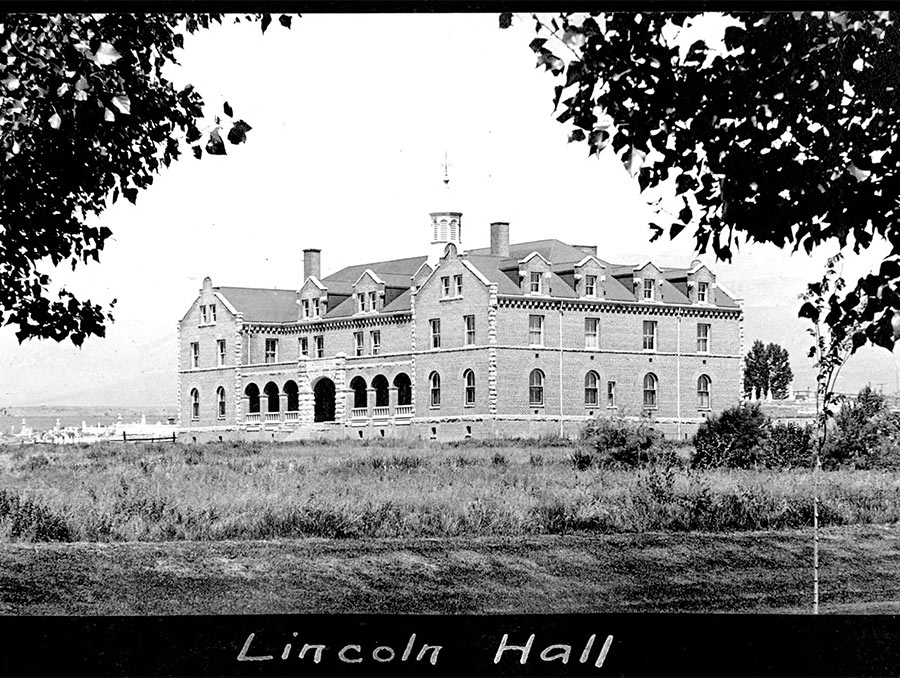 Lincoln Hall was constructed in 1895 as a men’s dorm, and today it still stands as the home of, among other departments, the department of history. Since its construction this building has stood through two global conflicts, two global pandemics, and, just recently, its 31st US presidential election. In its 125 years, Lincoln has also been a witness to Nevada’s many changes. Having seen the state go from a vast desert littered with mining towns to a state critical to the US’s war effort during the second world war and into the Cold War. Finally arriving today where Nevada has been transformed into a modern American state which boasts an urban economic powerhouse like Vegas, which can be contrasted to the state’s earlier history of vast wilderness dotted with “Boom Towns.”

Today, this building, like many other buildings on campus, is left mostly empty as they exist in the era of COVID-19 which has left the campus almost deserted has students and staff wait in lockdown. Our current time period has also brought about countrywide division, civil unrest, and ever-rising political tension. I believe that it is in these trying times that we can all find comfort in buildings such as Lincoln Hall. This building has seen this country at its best, and at its worst. It too has born witness to times of uncertainty. Whether it be through the first global pandemic at beginning of the 1920s, the financial disaster that plagued the 1930s, the brutal conflict that would claim millions of lives in the 1940s, and the threat of imminent nuclear conflicts from the 50s on.
However, this building was also a witness to some of humanities’ greatest achievements such as the invention of the automobile and airplane, the successful launch and landing of a man on the moon, and the passing of Civil Rights legislation that would help push the United States farther down the path in the fight for equality. The lesson we can all learn from this building is that history is not a linear path of dates and events. Rather it is a complicated web of testimonies and conflicts which can occur simultaneously or separately. There can exist no era in history as a time period that was solely “good,” nor solely “bad.”

While today we may live in a dark age in history we can find comfort in knowing that the waves of history are ever-changing. Let us move forward towards the future armed with the knowledge of the past. I’m sure just as students returned to the University of Nevada, Reno after living through the Spanish Flu, we too will be able to return and say that we lived through the Coronavirus Pandemic. In 20 years perhaps we will look back and remember our experiences during this era, or perhaps an even greater event will eclipse our memories of what we have experienced through this trying year. As for Lincoln Hall itself, it will simply have added another fascinating chapter to its already rich history.