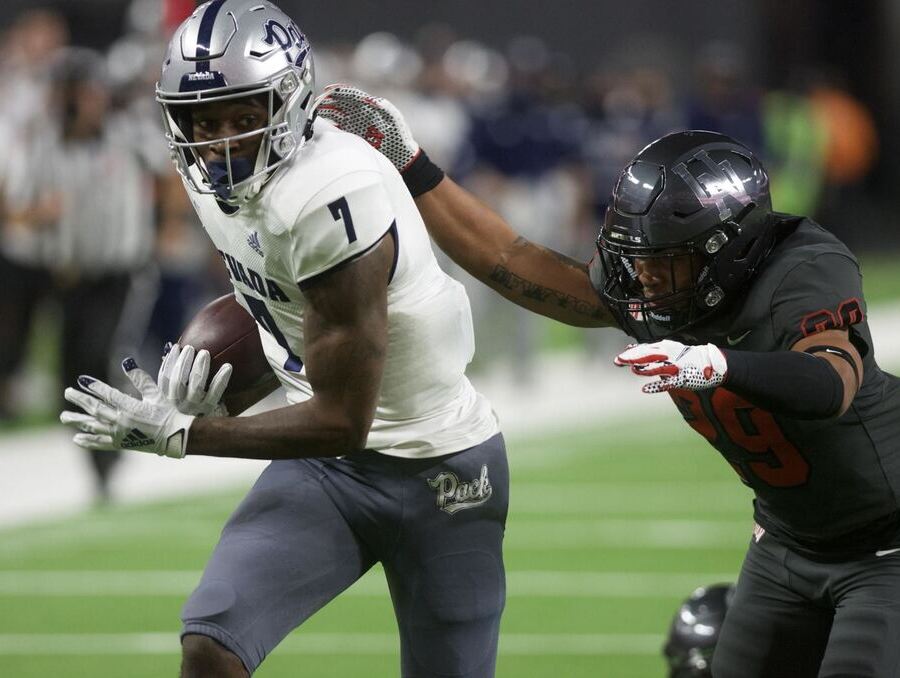 Romeo Doubs had seven receptions for a career-high 219 yards and a score and the Wolf Pack beat UNLV 37-19 on Saturday, Oct. 31, in Las Vegas to win the Fremont Cannon.

Caron Strong was 21-of-27 passing for 350 yards and two touchdowns with no interceptions and Toa Taua had 12 carries for 86 yards and a touchdown for the Wolf Pack (2-0, 2-0 Mountain West Conference).

Doubs had a 52-yard reception to the 1-yard line to set up a scoring run by Devonte Lee that gave the Wolf Pack a 10-3 lead late in the first quarter and Strong connected with Doubs on a 65-yard touchdown early in the second to make it 17-6.

Max Gilliam passed for two touchdowns and Charles Williams had 19 carries for 99 yards for UNLV (0-2, 0-2). It was the first college football game played at the 65,000-seat Allegiant Stadium, home of the NFL's Las Vegas Raiders. Due to restrictions and guidelines regarding the coronavirus pandemic, seating was limited to 3% of capacity, which equates to 2,000 patrons.

Saturday’s game marked Doubs' first 200-yard receiving game and sixth game of 100 yards or more. He finished the first half having already established a career-high with 189 receiving yards on five catches. He is the first Wolf Pack receiver to go over 200 yards in a single game since Brendan O'Leary-Orange notched 214 against SDSU on Nov. 18, 2017.

The first collegiate points and the first collegiate touchdown in Allegiant Stadium in Las Vegas belong to the Wolf Pack. Sophomore place kicker Brandon Talton, who opened the scoring in Allegiant Stadium on the Pack's first drive of the game with a 32-yard field goal. Sophomore running back Devonte Lee then scored the first touchdown inside the stadium at the 4:33 mark of the first quarter on a 1-yd run. It marked Lee's 15th rushing touchdown of his career.

Sophomore wide receiver Justin Lockhart recorded the first receiving touchdown of his career just before the end of the first half to put Nevada up by 12, 24-12.

New program aims to raise interest and opportunities in neuroscience research for individuals who are typically underrepresented in the field.