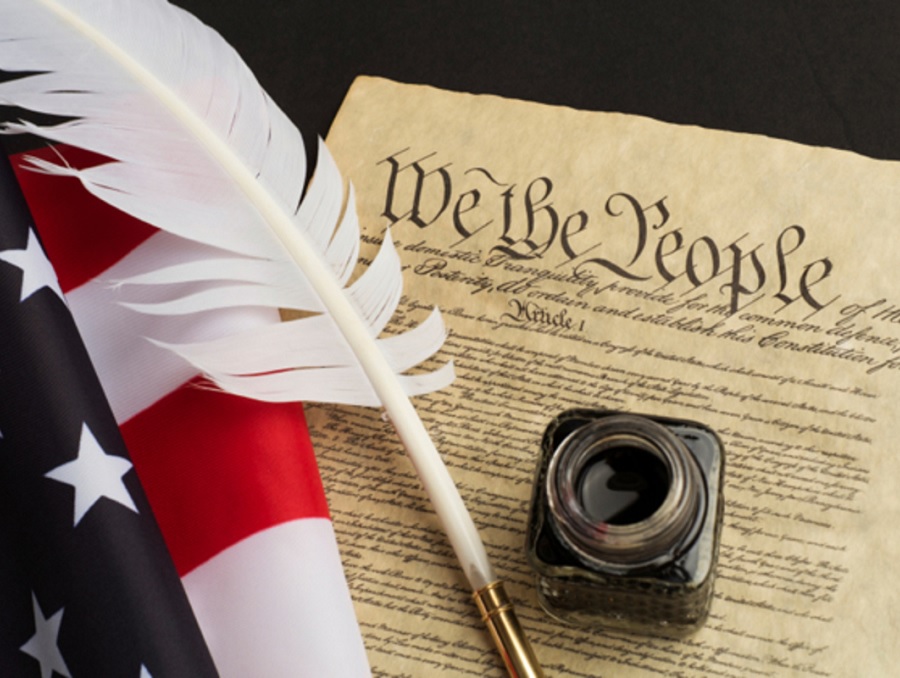 Nevada Humanities presents the next installment of the bi-monthly Salon series on Friday, Jan. 17, 2020, 6-7:30 p.m., at Sundance Books and Music in Reno. The Constitution: What it Means to Me will feature a conversation, discussion and audience Q and A session about the U.S. Constitution. Moderated by Alison Gaulden, a diverse panel of experts including Honorable Benes Z. Aldana, Dr. Eloisa Gordon-Mora, Dr. Debra Harry, and Dr. Amy Pason will unpack the challenges, the opportunities, and the solace that this document brings to civic society. This event will be held on Friday, January 17, 2020, 6:00-7:30 pm, at Sundance Books and Music, which is located at 121 California Avenue in Reno. The Salon is free and open to the public.

Honorable Benes Z. Aldana is the president of The National Judicial College, the nation’s oldest, largest, and most widely attended school for judges. Before joining the College, he was on active duty in the U.S. Coast Guard for over 22 years, retiring with the rank of captain and serving as chief trial judge during his last tour of duty, becoming the first Asian Pacific American to serve as a chief trial judge in U.S. military history. He received his Bachelor of Arts in Political Science from Seattle University and his law degree from the University of Washington.

Eloisa Gordon-Mora is the University Diversity and Inclusion Officer at the University of Nevada, Reno. Prior to this, she was Dean of the School of Social Science, Humanities, and Communication at Universidad Ana G. Méndez, as well as Vice-President for Academic Affairs at Universidad del Sagrado Corazón, also in San Juan, Puerto Rico. As an educator and political scientist, her work has focused on poverty and globalization, community organizing and urban politics, post-authoritarian/delegative democracies, and politics in Latin America and the Caribbean and has taught at numerous institutions around the world. Her research interests include higher education, diversity and inclusion, democratic theory, social violence, and post-colonial and post-structuralist literature.

Amy Pason is an Associate Professor of Communication Studies at the University of Nevada, Reno. Dr. Pason received her Ph.D. from the University of Minnesota in 2010. She studies persuasion and advocacy and teaches courses in social movement campaigns, public speaking, and democratic deliberation and facilitation. Her interest and expertise in the Constitution comes from studying First and Second Amendment precedence and how public and legal meanings of those shift with citizen practices.

“Print edition sales of the United States Constitution are at an all-time high, with reports of close to 20,000 copies sold each month over the past few years,” notes Stephanie Gibson, Assistant Director of Nevada Humanities. “We want to unpack this phenomenon a bit, and understand the way the Constitution - a living document - continues to shape our lives today.”

The bi-monthly Nevada Humanities Salon Series features a panel discussion with topics relevant to the humanities in Nevada.