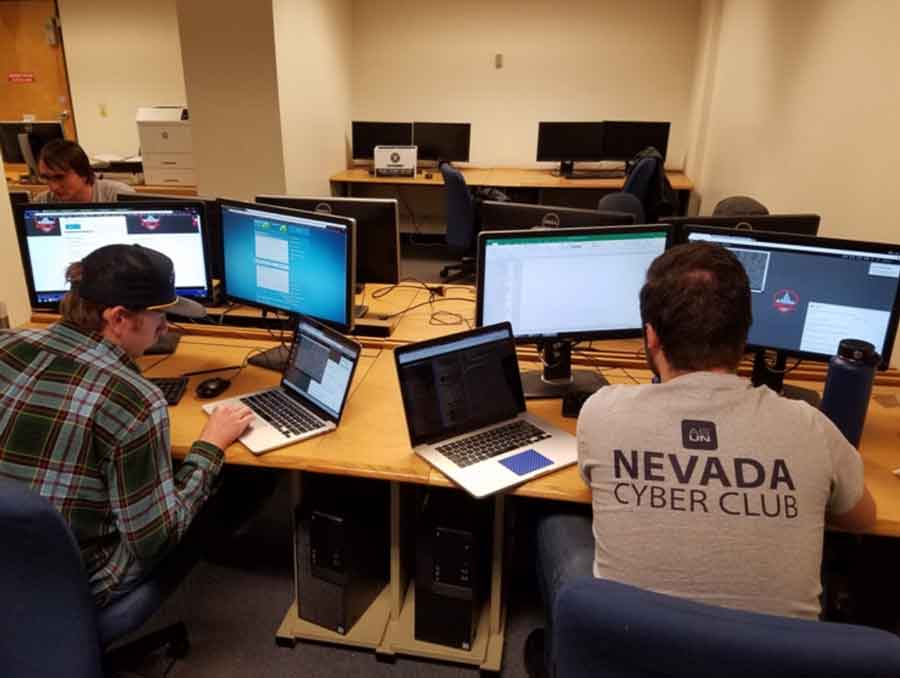 Individual results for the National Cyber League Competition are in, and the Nevada Cyber Club excelled. Occurring from April 3-5, twenty-two team members competed, and out of 5,905 competitors, three of them finished in the top 100. Collectively, as for the competition, the team’s results overall were 10th and 11th place out of over 500 other contestants. Club president Bryson Lingenfelter, a senior majoring in computer science and engineering, came in fourth. Also in the top 100 was Ignacio Astaburuaga, who finished 12th, and Chance Harrison, who finished 65th.

“It would be quite difficult for me to be able to overstate the role that NCL has played in sparking my passion for cybersecurity,” said Harrison. “In my eyes, NCL is unique because each semester brings with it a fresh competition that strikes a balance between being a challenging test of skills and an approachable opportunity to develop and refine those same skills. There are a multitude of reasons why I find the competition to be so rewarding, but it is hard to beat the satisfaction that comes from solving each challenge particularly when done with high accuracy.”

“It’s been exciting to see the way the competition has motivated students to expand their skills and problem-solving abilities,” said Bill Doherty, faculty member and coach of the club. “The Nevada Cyber Club has also impressed with their efforts to attract and train new competitors.”

In addition, Harrison believes that the only way competition gets better is by sharing the experience with others during the team portion, and while it’s nice to rank highly, he says the real win is to walk away with improved skills and understanding- something everyone can do in NCL.

The pandemic and its cancellation of in-person gatherings hasn’t stopped the team’s passion for competing.

“Despite the competition being completely virtual, every team that I have been on has gathered in person until now. Physically meeting has the perceived benefits of more easily being able to support each other and building camaraderie,” Harrison said. “Everything this semester was done through voice calls and screen-sharing. Fortunately, I think we were able to support each other just as well as if we were meeting in-person.”

Sara Davis is a master’s student whose primary research realm is machine learning, computer vision and natural language processing techniques, so NCL allows her to “flex a different part of her brain.” She likes the unique problem-solving skills that members need to have because how many of the questions asked seem pretty open-ended, and how participants need to think about what the answers the people who designed them are looking for.

“There's something really rewarding about banging your head against a challenge for a few hours, and then finally managing to solve it,” she said. “I’m also an extremely competitive person so having something that allows me to compete using computer science is really cool.”

Davis believes that NCL and its capture the flag style challenges are rewarding as well if you’re willing to struggle, problem solve, work hard and collaborate with team members.

“We're really lucky at UNR to have a set of experienced competitors who are willing to help casual newbies, like me, and that we have a really invested coach like Bill,” she said.

The NCL, a non-profit founded in 2011, also integrates learning objectives in its activities, allowing participants to also validate their skills and learn about their strengths and weaknesses in industry-recognized standards.

Sponsored by both the College of Engineering and the College of Business, the club strives to create awareness of cyber-security, educate the average individual through training and allows for members to become connected to the cybersecurity workforce.