At the Putnam Mathematical Competition and Intermountain Math Competition, the University's team showed up strong

Between the two competitions, the Department of Mathematics and Statistics brought home numerous prizes and accolades. 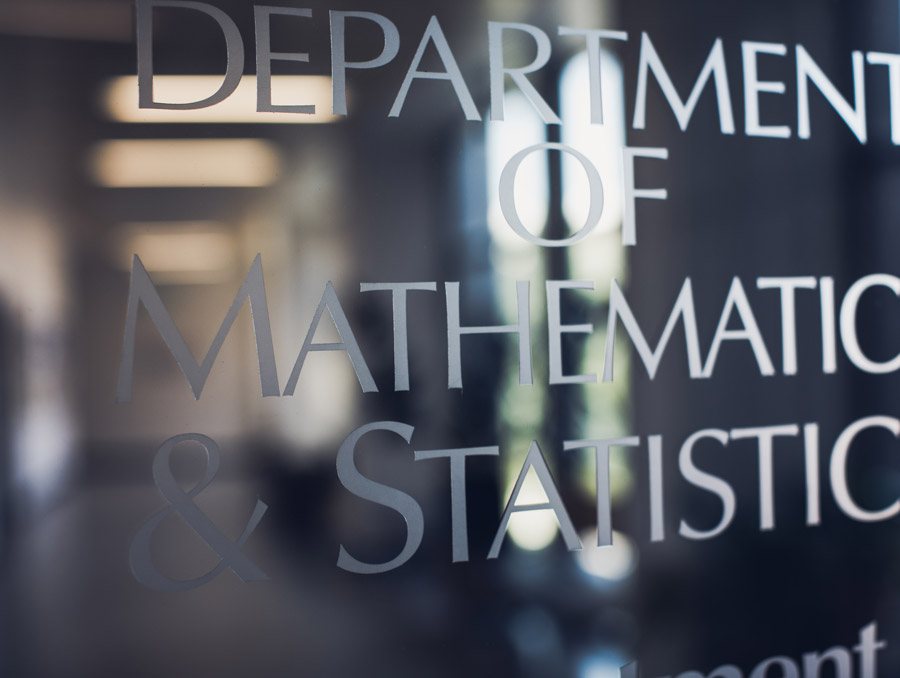 At the Putnam Mathematical Competition and Intermountain Math Competition, the University's team showed up strong

Between the two competitions, the Department of Mathematics and Statistics brought home numerous prizes and accolades.

In the past year, the Department of Mathematics and Statistics math competition team has taken two 1st prizes at the Intermountain Math Competition and placed 43rd out of 570 teams in the Putnam Mathematical Competition.

The annual Intermountain Math Competition is in its 15th year and was started by the Department of Mathematics at Brigham Young University. The University of Nevada, Reno has been competing in the competition since 2010. This year there were 6 participating universities, including the University of Nevada, Reno and 50 participating students. Four students received perfect scores, two of which were competitors for the Department of Mathematics and Statistics: Nikita Ignatiuk and Jason Liu. The average score of the Department’s students was 37 points, the highest of all the participating universities. Daniel Mallory with 39 points, Sophie Liu with 36 points and Eryl Kenner with 29 points will receive prizes for scores above the average.

The team also excelled at the Putnam Mathematical Competition, the preeminent mathematics competition for undergraduate college students in the United States and Canada. With a total of 79 points earned by the team’s top 3 competitors Jason Liu (60 points), Eryl Kenner (10 points), and Daniel Mallory (9 points), UNR placed 43rd. This ties the team’s best-ever participation from 2004.

Before 2019, the highest score the University had received was 34 points obtained by Chris Salls, a student competitor in 2012. With his score of 60 points, Jason Liu holds now the University’s record. He placed 60th among the 4229 participants, placing him on the coveted “honorable mentions” list alongside students from the Massachusetts Institute of Technology, Yale University, Harvard University, among others. Liu is a high school senior in the Davidson Academy and competed this year on behalf of the University of Nevada, Reno.

The competitions are rigorous, and the questions incredibly difficult. The Putnam Competition consists of two 3-hour sessions during which participants work individually on 6 challenging mathematical problems. The Intermountain Competition has one three-hour session in which students’ must solve seven challenging questions.

The math competition team organizers, professors Birant Ramazan and Valentin Deaconu are proud of their students’ success this year.

“I am very proud of the result of our students. It is a recognition of the very good work they did learning at UNR,” Ramazan said.

As the Department of Mathematics and Statistics continues to grow, the team will continue to compete. Based on the mounting success seen this year, the team is hopeful for many more wins to come.

Online event examines the relationship between free speech and firearms