"Lincoln County knew and experienced the dangers of radiation in the form of hazardous fallout from the Nevada Test Site, but an even bigger radiation hazard exists today." 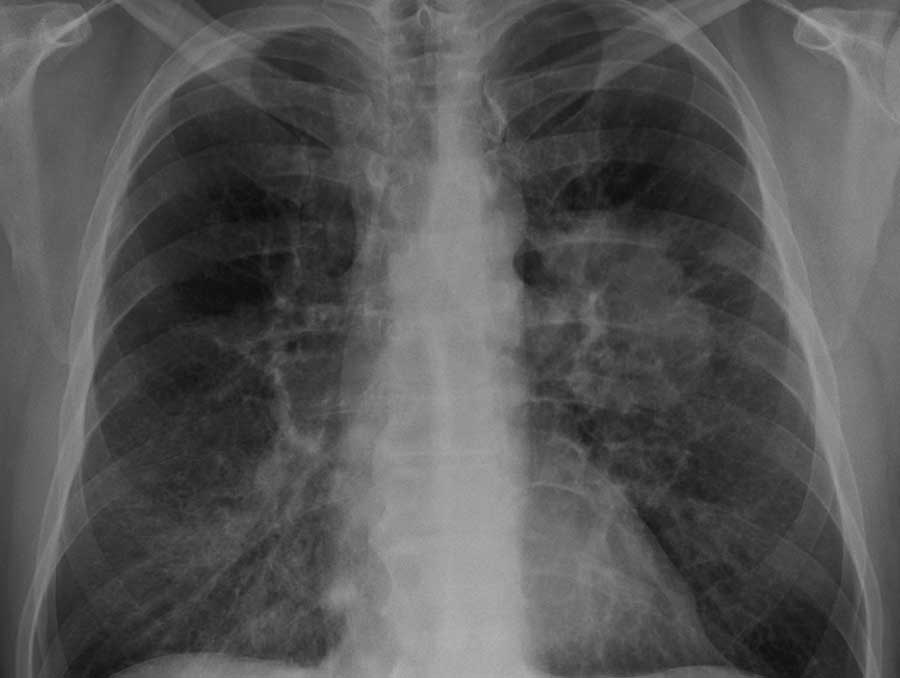 "Lincoln County knew and experienced the dangers of radiation in the form of hazardous fallout from the Nevada Test Site, but an even bigger radiation hazard exists today."

Historically, back in the not-so-good ol’ days, residents of Lincoln County knew and experienced the dangers of radiation in the form of hazardous fallout from the Nevada Test Site, but an even bigger radiation hazard exists today whose source is natural and comes from below, rather than being manmade and falling from above.

Radon is a word that many have heard but few understand. Radon is a colorless, odorless, tasteless gas that comes from the natural decay of rocks with radioactive minerals in them that lie unsuspected below one’s home, which is a geologic phenomenon that is a lot more prevalent in Nevada than most people would guess. More importantly, what the average person doesn’t know is that radon is considered to be the number one cause of lung cancer in the United States for those who don’t smoke. Current statistics show that 21,000 people die in America from radon each year, and Lincoln County has one of the worst track records when it comes to the dangers of radon. In fact, it is estimated that radon kills more people annually in the U.S. than secondhand smoke, drunk driving and home fires combined.

Previous testing indicates that 1 in 3 homes in Lincoln County is inundated with radon exposure that is classified in the unhealthy range. This means that fully 33 percent of the residents of Lincoln county are at risk for radon poisoning. That is a number that is higher on average in this county than anywhere else in Nevada, where the typical risk is 1 in 4 homes.

According to data received from the University of Nevada, Reno Extension's Nevada Radon Education Program certain portions of Lincoln County are under greater radon threat than others. While no portion of the county should be considered safe until testing is conducted, the prime danger areas include Caliente, Pioche and Panaca, with Panaca being most likely to have hazardous levels of this poisonous gas. Specifically, the portions of Lincoln County that have the highest risk of radon poisoning fall under the following zip code areas: 89008, 89017, 89042 and 89043. The single zip code area in Lincoln County that potentially suffers a moderate risk is 89001.

Moreover, January and February are the most dangerous times of the year, when it comes to potential radon poisoning. That is because these are the coldest months, when people tend to keep all windows and doors closed as much as possible, which means that radon can build up to more dangerous levels in the stale inside air of winter than in any other time of year.

Fortunately, January and February are also officially “Radon Months,” which means that a home testing kit is available for free to any homeowner or renter in Lincoln County. All one has to do, wherever they live in the county, is contact their local Extension office at 775-726-3109, and request that a free kit be made available to them. Afterward, simply come down to the office on 360 Lincoln Street in Caliente to pick it up at a pre-arranged time.

Using the free radon testing kit couldn’t be simpler. There’s no machinery or electronics involved. All one has to do is to open the packet, remove the little bag of activated charcoal from its plastic wrapper (keeping the bag itself intact) and lay it in an appropriate room to test for approximately 72 hours. Technically, one can leave the bag out for testing for as little as 48 hour or as much as 96 hours, but 72 hours is the optimum period of time. It’s best not to begin radon testing on a Wednesday or Thursday, since 3 days later, at which time the testing would be complete, would fall on a weekend, and that could delay the mailing of a sample to the lab.

The best location to place the radon tester is inside a room that is well-used and represents the lowest area in the house. If one has a basement, downstairs living room or lower bedroom, it would be the most recommended place to test. Radon is a heavier gas, so it tends to sink to the lower levels of a residence, and since the source of the radon comes from below a home, it makes sense to place the tester closest to the source. Keep in mind that this doesn’t mean placing the tester on the floor, however, because one needs to determine the levels of radon in the air where a resident breathes, so it’s best to place the tester on a table or other piece of furniture that is at least a few feet high. It’s also important to know where not to conduct the test. Along those lines, it’s best not to place the testing kit where heaters are blowing or anywhere near any forms of ventilation, other than the air that might come in from a door opening and closing occasionally.

After the test kit sits out for 72 hours, one simply retrieves the packet of activated charcoal, slips it into the pre-addressed mailer that is provided (which includes free shipping) and drops it into a mailbox at one’s local post office. It’s a good idea to make a note of the unique serial number on one’s particular test kit, in order to be able to check the lab’s website in a couple weeks and gain online access to the test results. What generally happens, at least for those who provide a proper text number and email address to the testing company, is that they will email the results to the address provided and then immediately afterwards they will send a text to let one know to check their email account. It’s actually quite efficient.

When it comes to the results, know that the higher the radon level, the greater the health risk is to those who occupy that home. While everyone in an unsafe household is at risk, smokers (and even former smokers) are at the highest risk. Technically speaking, the way radon is measured is by the number of picocuries of the gas that occupy each liter of air (pCi/L). According to both the U.S. Environmental Protection Agency (EPA) and Surgeon General, ratings of 4 pCi/L or greater mean that the government strongly recommends occupants take corrective action to reduce the level of radon in their home. The reason behind that particular number is that 4 pCi/L represents the equivalent of smoking a half of a pack of cigarettes per day. Keep in mind that the score one receives is simply a number, rather than an explanation, but if anyone has questions concerning the test results, they can contact the Nevada Radon Education Program Hotline: 888-RADON10 (888-723-6610).

Besides the obvious safety issue posed by elevated levels of radon gas, which constitutes knowledge that could save one’s life and the lives of their family who reside in the same house, there are some important business reasons to take advantage of the free radon test kits during January and February. Anyone who plans on selling a home or renting an apartment can test their place for radon, and if found to be within safe levels, such knowledge serves as a potentially important marketing point for them.

A common question concerning radon is the symptoms a person might experience who has been exposed to too much radon for too long. In truth, there are no symptoms of radon poisoning, per se. Instead, radon can cause lung cancer, and it is the lung cancer that produces the symptoms. Accordingly, symptoms of lung cancer include a persistent, nagging cough; coughing up blood; wheezing that doesn’t go away; shortness of breath; hoarseness; chest pain, especially when one coughs or laughs; frequent infections such as bronchitis and pneumonia; and weight loss without trying.

If a home is determined to be unsafe due to elevated radon levels, it doesn’t mean the house should be destroyed. Mitigation of radon can be accomplished by either hiring experts or by doing-it-yourself. The titles of the DIY guides for radon mitigation procedures can be acquired from one's local Extension office, as can the names of contractors who will do the work for them, if the homeowner prefers, which generally involves creating safer ventilation and exhaust ports near the major source and entry way of the radon gas.

For more information, contact the Extension, Lincoln County office in Caliente at 775-726-3109.