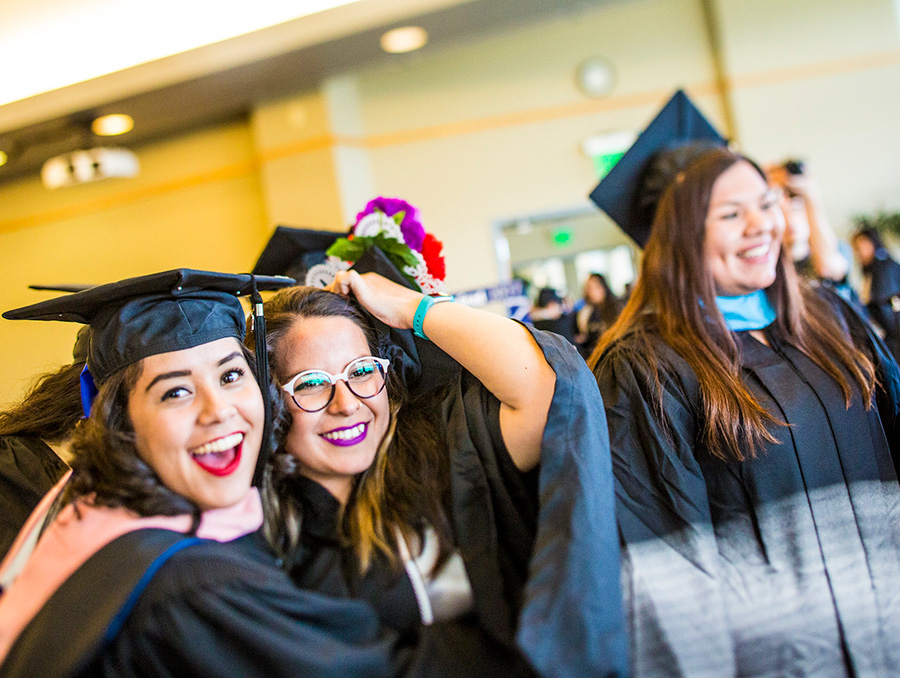 Matthew Aguirre conducted a qualitative study consisting of two interviews with multiple Latinx DACA (Deferred Action for Childhood Arrivals) recipients at four-year higher-education institutions. In Aguirre’s dissertation, he shows the challenges and obstacles this population of students overcomes while simultaneously highlighting the unique strengths they have to offer.

DACA is an immigration policy allowing certain undocumented populations the ability to work within the United States. Created under President Obama in 2012, the act became a controversial political topic, with an attempt by the administration under President Trump to declare the act unconstitutional reaching the Supreme Court this previous June, where the act was upheld.

Out of all the students interviewed, Aguirre found that only a few had definitive backup plans. Many didn’t reflect on the idea of themselves being deported at all, and instead worried more about their immediate family or close relatives.

“They don't know what they're going to do,” Aguirre said. “Because they can't. If DACA were to go away, they can't legally work.”

One of the reasons that it’s difficult to conduct research surrounding the experience of Latinx DACA students is how problematic it can be to find participants who are willing to come forward. Although this continues to be an issue in research surrounding students in K-12 grades, DACA recipients at the university level have become more willing to talk about their experiences.

“It's just more about standing up for themselves and that's been coming out more in recent times than it has in the past,” Aguirre said. “They weren’t as at risk. With DACA being possibly taken out, I think that was the reason for some of these students to speak out more, especially when maybe others didn’t speak up for them.”

Universities and higher-education facilities looking to immediately improve resources available to DACA recipients can facilitate student clubs and open discussions on-campus. One of the actions easiest to implement would be creating further awareness in advising faculty, as many of the students in the study had been misadvised at one point or another.

“They would end up taking courses that they didn't need to take,” Aguirre said. “For them, it could be a lot more detrimental because they had to pay for it out of their pocket in most cases. So, they just wasted money.”

Aguirre said that working out the financial part of university was a struggle for many DACA students. Since they aren’t allowed to qualify for a FAFSA, DACA students don’t have access to the same amount of grants and scholarships that other students do, being restricted only to receiving financial aid from the state, college and private sectors.

Aguirre said that being able to hear and write the students’ stories down was one of the most rewarding parts of creating this research, and he experienced a few moments where students brought up issues or plans he would have never considered before creating the dissertation.

“The most shocking was when a student mentioned if DACA did go away, they would just move to another country and try to finish their education there and then try the career there,” Aguirre said. “Not necessarily their home country, but it was another country that they felt was friendly towards populations like them. This person shouldn't have to move just because of that and uproot and restart everything.”