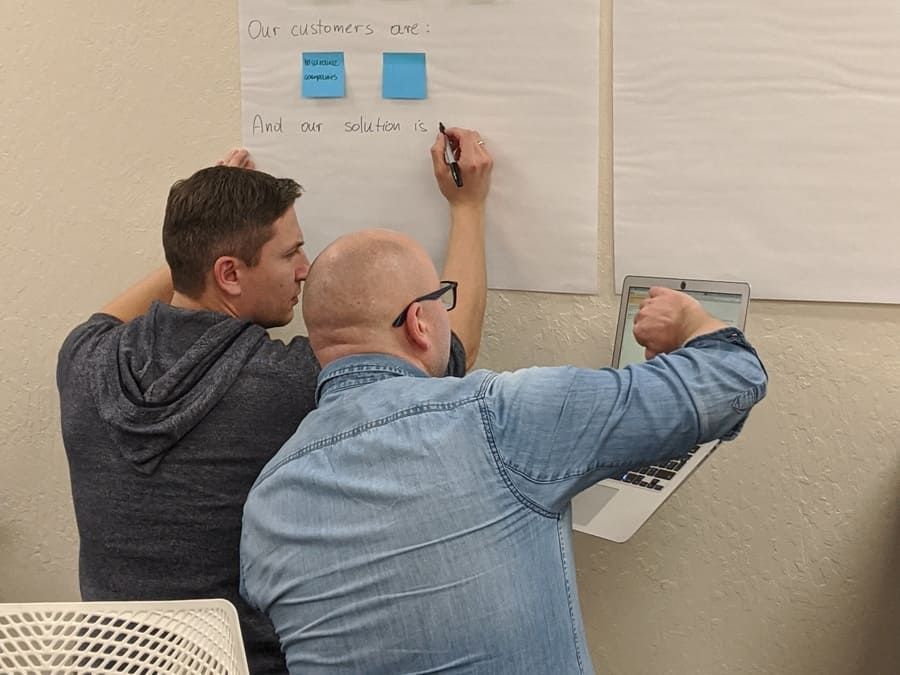 It’s typical that early-stage companies participating in the InNEVator, an eight-week, fully funded bootcamp, decide to pivot and redirect the course of their business concept. For the spring 2020 program, however, it was the bootcamp itself that needed to quickly pivot to an entirely online format in response to the COVID-19 pandemic and the “Stay at Home for Nevada” directive.

Hosted by the University of Nevada, Reno Innevation Center—Powered By Switch and made possible by lead collaborator Blockchains LLC, the spring 2020 InNEVator focused on blockchain technologies. More than 60 companies applied to participate and four were selected.

“This session built on the progressive blockchain legislation in place in Nevada and the expertise of Blockchains LLC,” said Grace Chou, Innevation Center director. “We are very fortunate here in northern Nevada to have several businesses and organizations that share our vision of building an innovation ecosystem. We could not run the InNEVator without the support of partner organizations.”

“Blockchains jumped at the opportunity to collaborate on such a program that supports blockchain innovation development globally and locally,” added Meg VanDeventer, Blockchains’ partner engagement lead. “Over the past eight weeks, it has especially been a pleasure to collaborate with Grace and the team at the InNEVator as we helped to mentor four very promising startups of this cohort. The experience has been inspiring to say the least.”

It was week three when the InNEVator program was disrupted. Just a week before, workshops with experienced entrepreneurs were happening in conference rooms with everyone around the table eager to learn. With the “Stay at Home” directive on March, 17, 2020, the four participating company teams returned to their homes, which for three teams meant travel back to Canada, England and Poland. Back-to-back meetings with mentors, investors and potential clients all moved online, and the new challenge became finding time to implement the new ideas they were gathering.

Despite the additional challenges, relationships had been cultivated both within the cohort and with mentors. The teams remained positive and engaged, and used these relationships to continue collaborating through the second half of the program.

As a result, they were ready for an online “demo day” session with mentors and investors on April 23, 2020, co-hosted by InNEVator sponsor, the Economic Development Authority of Western Nevada (EDAWN).

Introductions to the four early-stage companies in the spring 2020 InNEVator follow.

REXS.IO: Co-founders Krzystof Radecki and Przemek Szleter from Poland were accepted into both the InNEVator and an accelerator based in London. They had learned about the InNEVator through a connection to a trade mission to Poland organized by the Nevada Governor’s Office for Economic Development. With their sights set on global expansion and looking for a program that really understood their blockchain vision, they chose to make the farther trek to Reno.

REXS.IO has developed a blockchain-based solution to authenticate data and video. There are many applications where data integrity is critical including insurance evidence, infrastructure maintenance and industrial IoT, to name a few. The REXS.IO solution has a modular design which makes it easier to integrate with existing IT infrastructure.

Artcryption: Hailing from Canada, Artcryption is developing a blockchain-based solution to protect artists against copyright infringement, allow more efficient licensing of creative content and allow consumers to verify the authenticity and integrity of a product. With the company’s expertise in intellectual property and art law, they understand the importance of a platform that helps protect artists’ creations. Counterfeits, copyright infringement and other art crimes cost artists, galleries, and art dealers billions of dollars each year. Artcryption’s platform could be used to record and transact art pieces with authenticity and reduced cost.

BuildingBloc: With founders from nearby South Lake Tahoe and Truckee, California, BuildingBloc is developing a blockchain-based solution to solve payment issues in the construction industry. Through their 20 years of construction-industry experience, the co-founders observed first-hand the pain of financial loss due to payment default and lack of transparency in construction projects. The BuildingBloc platform could verify user identity; create smart contracts; and track payments, materials and contractor services on each construction project.

Chainstor: Counterfeit products cause big brands billions of dollars a year. Chainstor’s blockchain-based solution has the potential to address supply chain issues in multiple industries. Chainstor has co-founders from the United Kingdom and the United States.

Now in its fourth year, the InNEVator has helped many businesses develop and mature and, more importantly, several have chosen to locate future operations in northern Nevada. Joining as sponsors of InNEVator 2020 are Meadows Bank, The Row and the University of Nevada, Reno. Visit the InNEVator’s website for more information about the program, its alumni companies and its staff and mentors.

Writers Frances Riekenberg and Jane Tors collaborated on this story.

Smoothing the path toward commercialization of research

Through commercialization, University faculty can find ways to transform their work into a marketable product or service that benefits society