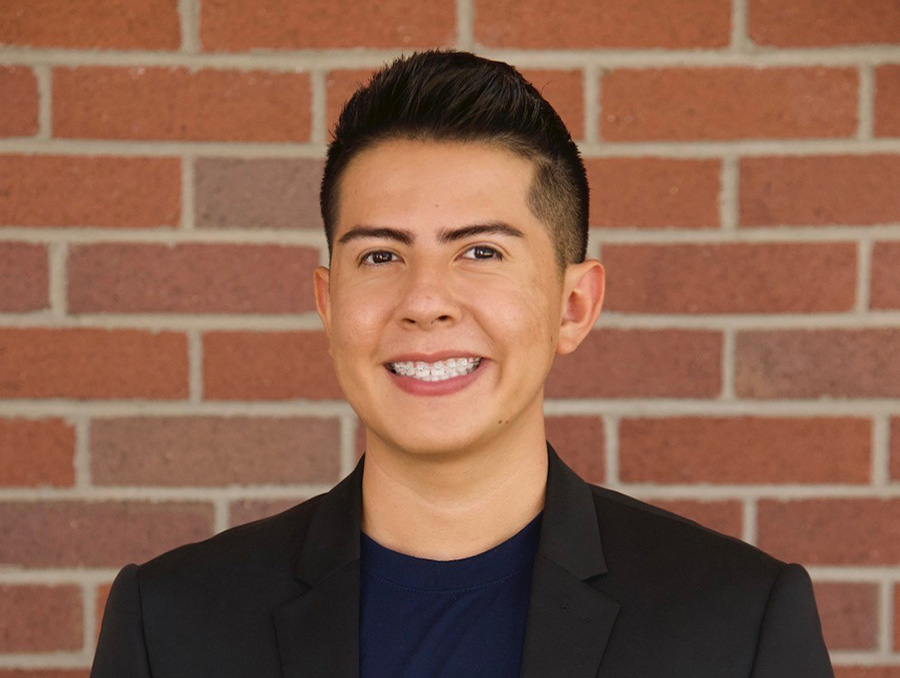 The College of Liberal Arts at the University of Nevada, Reno named Anthony Martínez recipient of the 2020 Henry Albert Senior Public Service Award. The award goes to a student who exemplifies a strong commitment to public service and community engagement. The determined senior triple-majored in political science, international affairs and Spanish, all the while maintaining a high GPA and being, as Associate Dean Daniel Enrique Pérez stated, “actively engaged in several important and meaningful projects.” These projects served the campus and the broader community. Pérez added that the research project Martínez conducted had “a direct impact on underserved communities,” recognizing the “unique experiences and needs of queer and trans people of color.”  Explaining his choice of three majors, Martínez reflected that learning “how people work in a government system... I think is why I have been successful in my area, but it also allowed me to research different leadership styles, tactics in conversation/discussions and finally, I can learn about the injustice going on both in the U.S. and beyond. I took Spanish to know there is so much more than what is written in English and, of course, to be able to speak to grandma.”

Martínez, an alum of Desert Oasis High School in Las Vegas, credits his teachers there with helping him fill out college applications and telling him to, “Get away from here and go live your life!” In high school, Martínez was student body president, founder of the debate team, an athlete and vice president of the Pride Club. His drive to give back and be engaged in public service continued through his appointment by then-Governor Sandoval to be the student representative on the Nevada State Board of Education. At the University, Martínez served as vice chair of the Nevada Student Alliance. This past year, Martínez was president of the Associated Students of the University of Nevada, launching several initiatives to serve the diverse University student community. Eventually, Martínez hopes to run for public office, “representing queer people of color, first-gen,and low income families.” He credits “knowing where I come from and how many people I can relate to” for being, “what has led me to the position and person I am today.” His public service at the University convinced him that “action is required to see any change.”