Gary Blomquist retires after 43 years with the University 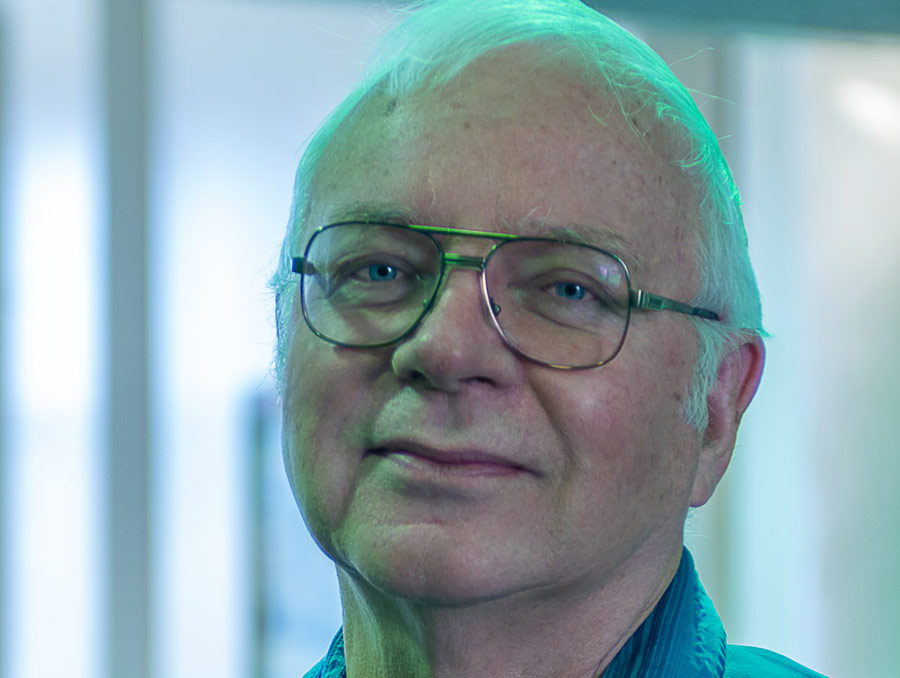 Gary Blomquist retires after 43 years with the University

Gary Blomquist, professor in the Department of Biochemistry & Molecular Biology, is set to retire at the end of June, leaving behind a legacy of significant research and major impacts on the University.

Blomquist joined the College of Agriculture, Biotechnology, & Natural Resources in 1977 as an assistant professor. In his more than 40 years at the University, he held the position of chairman of the department and mentored 21 doctoral and 20 post-doctoral students, many of whom went on to have outstanding careers in the field. Along with mentoring and teaching, he’s made substantial strides in research on the biochemical and physiological processes of insects.

Blomquist earned his doctorate degree from Montana State University in biochemistry and chemistry. Collaborating for much of his career with Claus Tittiger, assistant dean of academic affairs for the College and a former post-doctoral student in Blomquist’s lab, Blomquist researched hydrocarbon production in insects and pine bark beetle pheromone production, mapping out the metabolic pathways that bark beetles use to talk to each other chemically. He has published over 200 papers and has been cited over 14,000 times.

His research is internationally recognized and, since joining the University, he’s won the University’s Outstanding Research Award and the Regents’ Researcher Award, as well as numerous others. The most recent of these was the Silver Medal Award from the International Society for Chemical Ecology in 2017, which is the society’s highest honor and is awarded to scientists who have made outstanding career contributions to the field of chemical ecology.

“Gary is extremely positive, upbeat and also very knowledgeable,” Tittiger said. “He was department chair for 13 years, and during that time, the department flourished. He had this reputation for being extremely fair and effective. He fostered this culture of everyone being important and worthy of respect.”

Blomquist was department chair from 2001 to 2014. He was a catalyst for enhancing the research profile of the department, both then and now, and is proud to have hired excellent faculty, most of whom are still with the department.

“Gary was a person that instilled confidence in his students and peers, and who was intrinsically excited about research,” Bob Ryan, current chair of the department and another former student of Blomquist, said. “He was just a go-getter. He really wanted to change the world and make the research in biochemistry a number-one thing.”

Blomquist also taught introductory biochemistry classes throughout his time at the University. His students credit him with their success in classes and careers. He’s praised for his ability to communicate complicated biochemical concepts in a straight-forward and easy-to-digest manner. During these classes, he would create enjoyable environments conducive to hands-on learning, and was known to host ping-pong tournaments with his students.

Growing up in the upper peninsula of Michigan, Blomquist spent his summers during his college years cutting pulp, and brought that experience to his teaching and field research. “My favorite days at the University were the days where we could bring students up to Little Valley where we would cut beetle infested trees to bring them back to our lab,” Blomquist said. “It was always fun to be in the forest and show the students, hands-on, where the insects we were studying live.”

Although he’s retiring, Blomquist plans on keeping an office and a lab to complete ongoing research and to finish editing the second edition of his book, “Insect Pheromone Biochemistry and Molecular Biology.”