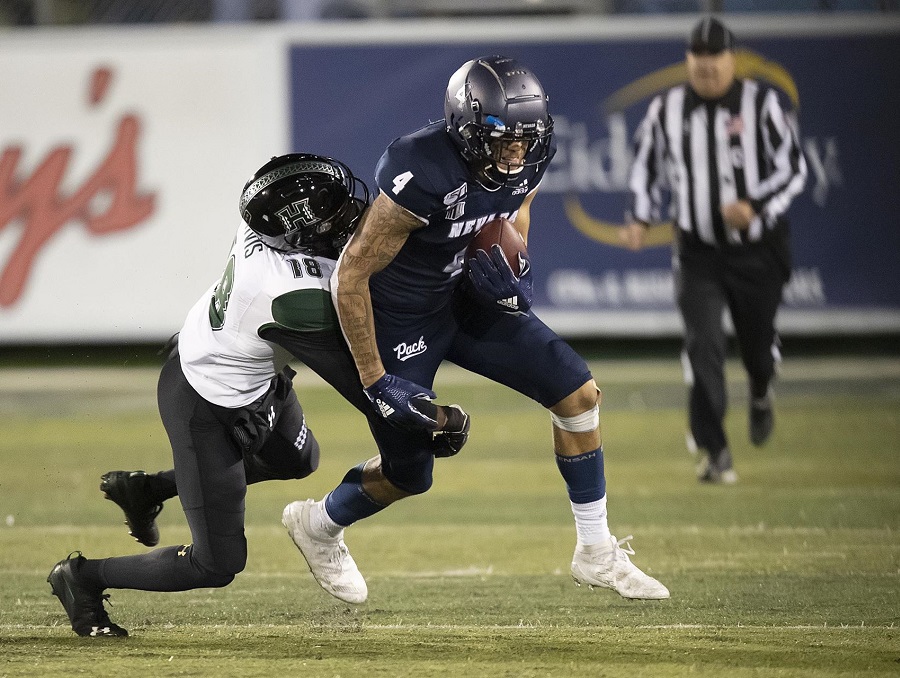 The Wolf Pack football team fell behind 30-9 to Ohio in the Famous Idaho Potato Bowl on Friday in Boise, Idaho, before staging a fourth-quarter comeback that fell just short. Ohio defeated the Pack, 30-21, to end Nevada's season at 7-6 overall.

A victory would have made program history. The Wolf Pack has never won back-to-back bowls. Nevada won the Nova Home Loans Arizona Bowl in December 2018, over Arkansas State, 16-13.

Kicker Brandon Talton’s three field goals – including a 51-yarder – kept the Pack in the game early. Talton's 51-yarder was the longest Wolf Pack field goal in the school’s bowl history.

Strong passed for 402 yards on 31 completions, both Nevada bowl game records. Cooks had a game-high 14 receptions for 197 yards. Cooks’ 14 catches tied the school record for most receptions in a bowl game.