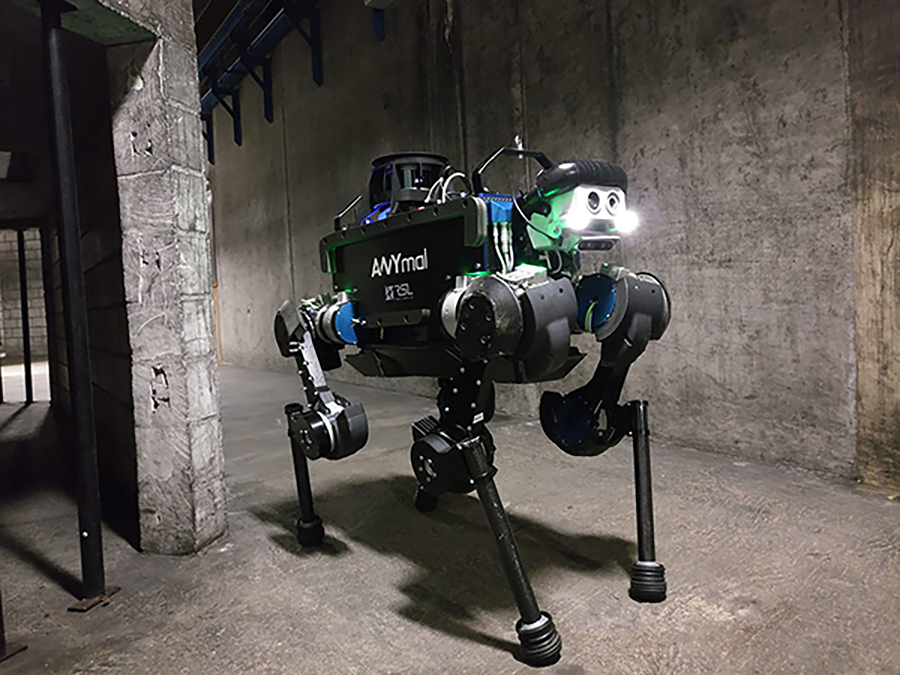 Nevada’s Team CERBERUS, an international robotics collaboration based in the University of Nevada, Reno College of Engineering, packed their four high-tech robots into a moving truck last weekend and headed to the second round of the exclusive DARPA Subterranean Challenge, the Defense Advanced Research Projects Agency’s latest robotics competition.

Their robots will be flying, rolling and walking through an abandoned nuclear power plant in Elma, Washington in the competition Feb. 18-27 that includes 11 robotics teams from around the world. This second Challenge, the Urban Circuit, will represent human-made urban environments such as municipal infrastructure and mass transit that can have complex layouts with multiple stories and span several city blocks. These areas are critical for search and rescue, security and other application domains.

Teams will deploy autonomous systems to attempt to map, navigate, and search various underground environments. They earn points by correctly identifying artifacts placed within those environments.

Team CERBERUS’s walking and flying autonomous robots are equipped with multi-modal perception systems, navigation and mapping autonomy and self-organized networked communications. These features enable robust and reliable navigation, exploration as well as mapping and object search – without the use of GPS.

Led by Kostas Alexis, associate professor in the University’s Computer Science and Engineering Department, Team CERBERUS participated in the first round of the exclusive Subterranean Challenge in August 2019. They brought their novel approaches to rapidly map, explore and search underground environments in time-sensitive operations critical for the civilian and military domains alike.

“The experience of the Tunnel Circuit was unique and extremely rewarding for the whole team,” Alexis said. “It was a combination of extreme challenge and motivation, combined with working with good colleagues and getting to know more. We are looking forward to apply the knowledge we gained to the Urban Circuit.”

The third Challenge is in August 2020, the Cave Circuit, which refers to the exploration of natural cave networks - environments that are also crucial for a variety of search and rescue applications. Natural cave networks often have irregular geological structures, with both constrained passages and large caverns.

“Working as part of the UNR and CERBERUS team is very exciting for SNC,” Greg Cox, Executive Vice President for Electronic & Information Systems at SNC, said. “This next phase of the DARPA SubT Challenge will provide another opportunity to demonstrate the effectiveness of combining several of SNC’s advanced technologies with those of the team to solve the challenges of unmanned navigation and mapping and control and autonomous operations. We are honored to work with our academic partners in Nevada and from around the world to stay on the leading edge of autonomy and robotics.”

The final event, planned for 2021, will feature a course that incorporates challenges from all three underground environments.