What is a Hispanic-Serving Institution, and what does becoming one mean for the University?

Assistant Professor of Higher Education Leadership Cynthia M. Alcantar looks at what being HSI designated means for the University of Nevada, Reno and how close we are to it 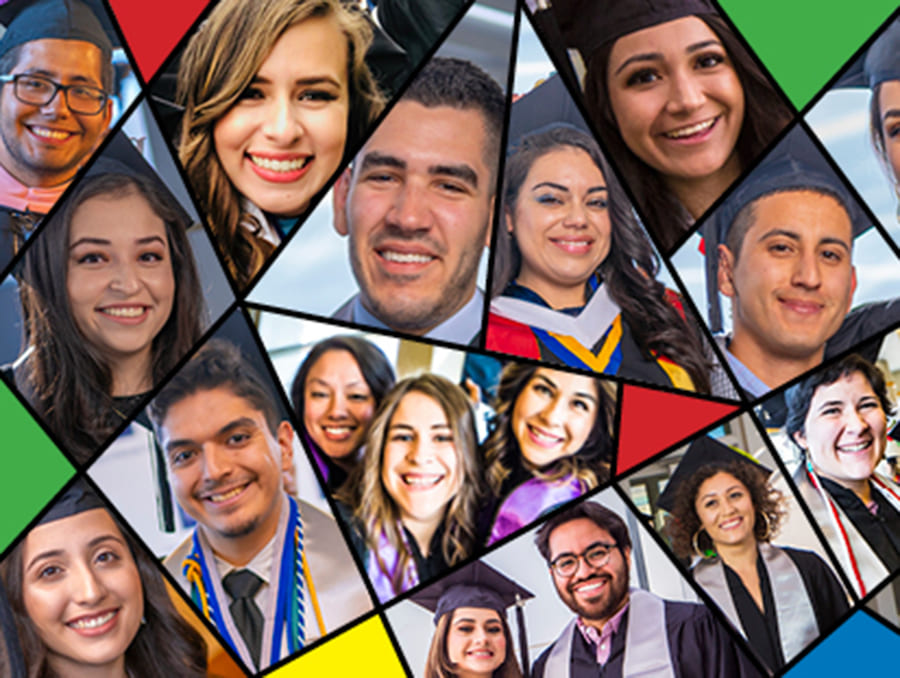 What is a Hispanic-Serving Institution, and what does becoming one mean for the University?

Assistant Professor of Higher Education Leadership Cynthia M. Alcantar looks at what being HSI designated means for the University of Nevada, Reno and how close we are to it

Each year, the University of Nevada, Reno inches closer to a Hispanic-Serving Institution designation, and with it comes chatter across the campus among different constituents about what it means to be an HSI. Questions come up, such as, does becoming an HSI mean the University will only focus on serving Latinx students at the detriment of non-Latinx individuals? There is also skepticism about the University’s pursuit of enrolling more Latinx students without really making a concerted effort to serve this population. These are valid questions and concerns that need explaining to demystify what it means to be an HSI and for our university to pursue this designation.

HSIs are one of many federal Minority-Serving Institutions designations from the U.S. Department of Education for higher education institutions that categorically or historically enroll a targeted racial/ethnic group. Other MSIs include Historically Black Colleges and Universities, Tribal Colleges and Universities, and Asian American and Native American Pacific Islander Serving Institutions, in addition to others. [i]

HSIs are categorically defined institutions that enroll a minimum of 25% of full-time undergraduate Latinx students, with at least 50% demonstrating financial need. An institution meeting the HSI eligibility requirements can then apply for this designation, which puts them in a position to compete for grants earmarked for MSIs through the federal government and private foundations.

Given the large and growing Latinx population in the State of Nevada, it is no surprise that five of the eight Nevada System of Higher Education institutions have achieved HSI federal designation. Three of which are dually-designated as HSI-AANAPISIs, notably the University of Nevada, Las Vegas; Nevada State College; and the College of Southern Nevada. All of which are also federally funded through the MSI grant programs.

Where is the University in meeting the HSI designation?

Data provided by our Office of Diversity and Inclusion show that in Fall 2019, 22.4% of the full-time undergraduate students enrolled were Latinx. [vi] In the last ten years, the Latinx undergraduate enrollment more than doubled. However, although the Latinx undergraduate enrollment at UNR is growing, there is still a disproportionate representation of Latinx students compared to the Latinx K-12 school enrollment in the State of Nevada (42.69%) and more locally in the Washoe School District (40.96%). [vii] These figures demonstrate that there is still more work to be done to “serve” the Latinx population as a public higher education institution, especially as a land-grant institution, and the only public university in Northern Nevada.

Additionally, although enrolling more Latinx students and having targeted outreach and recruitment efforts for this population is one way of serving Latinx students, it is just the beginning stages. There is work to be developed on identifying the resources this population requires, as well as other minoritized groups, once enrolled. To this end, additional ways to examine Hispanic “servingness” [viii] is through educational outcomes by race/ethnicity, Latinx faculty representation, culturally responsive support services, curriculum, campus physical artifacts [ix] and many more.

At the University, the Office of Diversity and Inclusion reports that in 2015, 33.1% of Latinx students graduated within four years, compared to white students at 42.1%.[x] Among academic faculty, 6% are Latinx, compared to 70% white, 11% Asian, 2% African American and less than 1% Native American and Native Hawaiian/Pacific Islander. These data highlight that more needs to be done at at the University to become an HSI and serve Latinx and other racially/ethnically minoritized students.

Does being an HSI mean the University will only focus on Latinx students?

The short answer is no. The research demonstrates that MSIs have the potential to help support the success of not only the targeted racial/ethnic student population but also other racial/ethnic groups. [xi] The HSI and AANAPISI Title V and III funds are not exclusively for the target racial/ethnic student population, but help strengthen the institutional capacity to support all enrolled students. For example, NSC’s HSI grant will increase the teacher pipeline of Latinx students, first-generation college, and low-income students by building the institutional capacity to increase student access, retention, and graduation in education programs. [xii] Additionally, increasing the number of teachers also impacts the state’s teacher shortage, which will ultimately benefit all Nevada residents. The federal MSI funding is especially critical now with the financial hardship higher education institutions face due to the health pandemic.

Cynthia M. Alcantar, Ph.D. is an assistant professor of higher education leadership at the University of Nevada, Reno. Her research focuses on the social structures that maintain and mitigate the education and social inequities that exist for racial/ethnic minoritized and immigrant populations in the United States.

[vi] Unless otherwise noted, institutional data presented in this article was provided by the University of Nevada, Reno’s Office of Diversity and Inclusion.

[viii] Garcia, G. A., Nuñez, A.-M., Sasone, V. A. (2019). Toward a multidimensional conceptual framework for understanding “servingness” in Hispanic-serving institutions: A synthesis of the research. Review of Educational Research, 1-40.