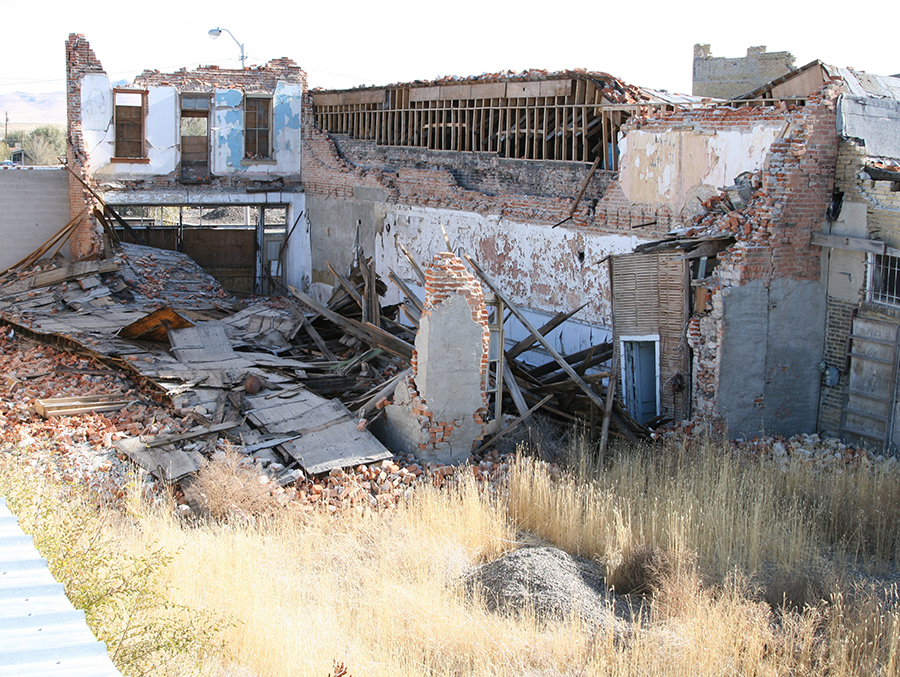 The annual statewide public earthquake drill, the Great Nevada ShakeOut, is Thursday, Oct. 17 at 10:17 a.m. The University of Nevada, Reno campus is registered to participate in the statewide and nationwide “drop, cover and hold-on” exercise.

It is recommended and encouraged for professors, resident advisors and the rest of the University community to promote and announce the Great Nevada ShakeOut for the full benefit of students learning earthquake drills.

For the ShakeOut, whether in a classroom, residential hall or cafeteria, everyone should "drop, cover and hold on" as soon as the campus is notified through the campus Emergency Notification Systems.

Interim Chief Todd Renwick of University Police Services said that the drill will not only provide the opportunity for the campus to test its Emergency Notification Systems, but it’s a good opportunity to remind campus and the community about Nevada’s seismic activity. During the drill, campus will receive emails, social media posts, text messages and messages that appear on computers around campus.

Graham Kent, director of the University's Nevada Seismological Laboratory, brought the ShakeOut to Nevada and the University campus 10 years ago. In Nevada, earthquakes are not an exception, they are an expectation.

"One-in-five Nevadans are registered for the ShakeOut," Kent said. "And we are still in our 60-plus year 'drought' for large magnitude 7.0 earthquakes in the state. Sooner than later, our streak will likely end."

More than 580,000 Nevadans - and 64 million people worldwide - are registered to participate in the drill.

"The beauty of this exercise is that it's really easy," Kent said. "It's a straightforward way for people to practice how to protect themselves during earthquakes. It's an action that's proven to help reduce injury and death during an earthquake."

Drop, Cover, and Hold On is the technique promoted by the Great Nevada ShakeOut as the safest way to protect yourself during an earthquake. In the event of an earthquake, people are encouraged to drop to their knees wherever they are, then use one arm to protect the head and neck while using the other hand to hold on to a sturdy table or desk that they are underneath. If a person cannot find something sturdy to hold on to, they should try to get close to an interior wall, and use both arms to protect their head and neck.

"Whatever you do, don't run out of a building, that could be the most dangerous thing, with windows shattering, glass falling, or building materials coming crashing to the ground," Annie Kell, outreach coordinator for the Nevada Seismological Lab, said. "Not to mention in a violent earthquake you can be thrown to the ground and injured."

Nevada lies within the Basin and Range Province, one of the most seismically active regions in the United States. Right behind California and Alaska, Nevada ranks in the top three states subject to the most large-scale earthquakes over the last 150 years.

"Nevadans need to realize we live in earthquake country," Kent said. "A major earthquake in any community, north or south, is possible. We can't prevent an earthquake, so we have to be resilient, to be prepared so we can perhaps lessen the impacts on lives and economic destruction that a major earthquake can cause."