From Momenta to movies and more

Reynolds senior participated in the Momenta Workshop in February 2019, taking a series of photographs for the L.A. Corps

From Momenta to movies and more

Reynolds senior participated in the Momenta Workshop in February 2019, taking a series of photographs for the L.A. Corps

The old saying, "A picture is worth a thousand words," is as cliché as it is true. Photography can be emotional, educational and alarming. It doesn't require much translation between languages and can bring attention to certain issues that words can't always encapsulate. In a world of ever-changing informational media, photography has remained a pillar of great storytelling.

Kellie Sasso, a senior at the Reynolds School of Journalism, is one student who's proven just how powerful of a medium photography can be. 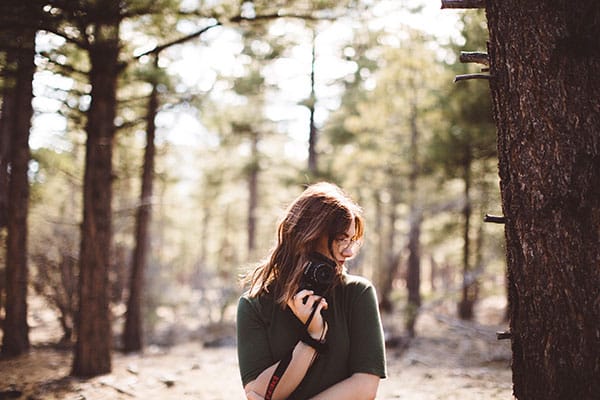 In February 2019, Sasso won a scholarship to participate in the Los Angeles Momenta Workshop — one of many programs by Momenta for up-and-coming photographers and photojournalists, who are lectured on the elements of good photography and then sent on location to photograph a nonprofit client. The workshop lasted for a few days, after which Sasso presented a selection of her photographs in a gallery.

"One thing I learned [from Momenta] was [...] this acronym called D-I-E," she said, "Design, Information and Emotion. If you can get design, information and emotion into one photograph, all of those three components, then you have a perfect photograph."

She was encouraged to apply for the scholarship by David Calvert, a Reynold School's photojournalism instructor. Though she was initially doubtful of her chances, she received an email that she had been awarded the scholarship just a few days later. Before she knew it, Sasso was setting out to L.A. to photograph a nonprofit organization known as Los Angeles Conservation Corps — a youth program that provides skills training and education for at-risk young adults, specifically in conservation and service projects.

"I wanted to make sure that I was getting every ounce of value and experience that I could from this," Sasso said. "And so I went into it with this very, very open mindset, and this mindset of, 'I want to shoot a story.'"

Though she was eager to get started, it took a while for the corps youth to feel comfortable around her. Many of them were underprivileged kids attending the program for learning opportunities, and they had reservations about a stranger pointing cameras in their faces.

"I'm very aware of my privileges, and these things are important to realize when you go into these type of shooting situations," she said. "Slowly, I started creeping my way in and talking to them about their lives and what things they're really into [...] making that bond, that connection with them before I start shooting in their faces with my big camera." 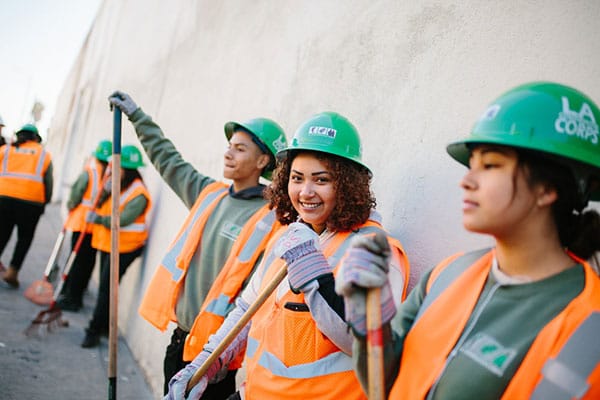 Eventually, she was able to bond with people in the corps by sharing interests and listening to their personal stories. In many of her photographs of the L.A. corps, individuals can be seen smiling or laughing, posing for portraits and interacting with their peers. Sasso said by the time she presented the photos to her mentors, they had a hard time narrowing the selection down to 30 because there were so many great shots.

According to Sasso, she's been interested in photography and videography since she was young and expressed dreams of being in the film industry as a child. When the Great Recession hit in 2008, her family was deeply affected. Her father, who was going back to school at the time, used his FAFSA money to buy her a laptop, which is when her love for making videos and taking photographs came to fruition. She later convinced her father to buy a camera for her, and the rest was — as they say — history.

"I was just really desperate to create something I wanted," said Sasso. "I was using the tools that I had available at the time. So as soon as I could get my hands on any kind of visual tool, I was pretty much obsessed with it."

After learning to photograph freestyle, taking classes like Calvert's advanced photojournalism and participating in the Momenta workshop, Sasso's talent in photojournalism has developed substantially. She expressed hopes to one day work for a print magazine in New York City or to be a freelancer and travel. Today, she works as the photographer for Insight magazine and is a jack-of-all-trades for a local video production service called Bourn Productions. The company is currently filming a sci-fi horror film, which she's been helping with and will assist in editing once production ends.

Visit Sasso's portfolio site to see more of her work.