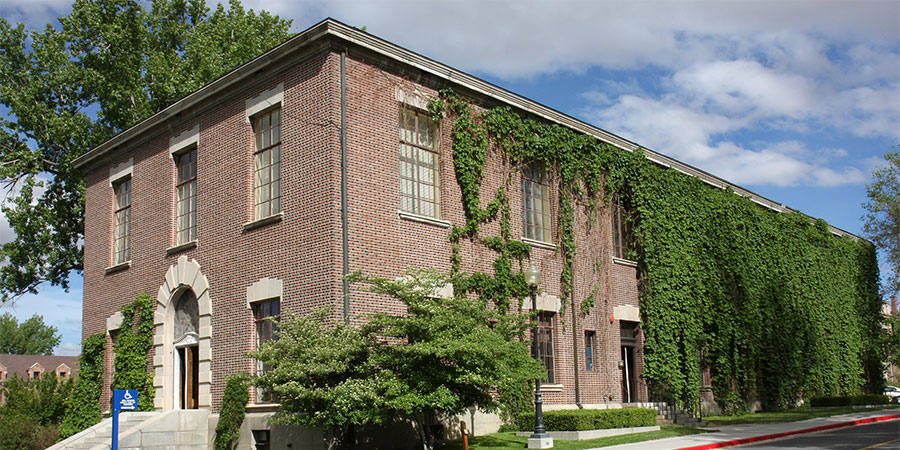 Nevada System of Higher Education Chancellor Thom Reilly, Board of Regents Chair Jason Geddes, along with two other regents and NSHE staff, addressed several forums in the Joe Crowley Student Union on Wednesday regarding the search for the University’s next president.

Based on input received from a number of groups who participated in the forums, including students, staff and faculty, a recommendation will be made during the Board of Regents’ meeting on Dec. 5-6 in Las Vegas about whether to name an interim president for a period of one to three years with the possibility of that individual eventually being named president, or to conduct a national search through a search firm. The national search process would include an advisory committee comprised of representatives from key University groups such as faculty and a search committee comprised of members of the Board of Regents.

In late October, University President Marc Johnson announced that he would move to the faculty on June 30 following more than eight years in the job.

Although the recommendation to the Board of Regents is still to be formulated, Reilly indicated during Wednesday’s forum with academic and administrative faculty that there was a clear theme emerging throughout the day’s forums.

“Quite frankly, and this is our fifth meeting of the day, it’s been close to unanimous (for a national search to be conducted),” Reilly said, moments after those in attendance were asked, following comment, to participate in a show of hands about the two options that were presented. Nearly all in attendance raised their hands in favor of a national search.

If a national search were to be recommended, Reilly said an RFP would be created in order to hire a search firm to find the best candidates nationally, as well as internally and from backgrounds that would include academia as well as other fields. He said he hoped the search firm would be hired “before Christmas." The process of establishing a pool of candidates would start shortly thereafter.

Geddes said the goal would be to have a chief executive for the University in place before Reilly leaves his position in August. Reilly announced earlier this year he would leave when his three-year contract expires.

Geddes said that if a national search were to be conducted, the University’s advisory committee, which would include representatives from the student body, faculty, staff, alumni and the community, would have input in developing the job description for the position, would be part of the interview process with candidates, and would make their recommendation to a committee comprised of “four to six” members of the Board of Regents.

In the event an interim presidential solution were to be recommended on Dec. 5-6, the focus would shift to finding a person who would serve for at least a year in an interim capacity.

“Interim is not a temporary,” Dean Gould, chief of staff and special counsel to the Board of Regents, explained. “It’s somebody who is a probationary president who would be in the position for a term of one to three years. The goal would be that this is someone who would be here long-term.”

Gould said that if the person did well in the position, the Board could make it a permanent presidency.

In addition to expressing support for a national search process, the academic and administrative faculty forum on Wednesday generally outlined the following characteristics they wished to see in a new president:

Big ideas, with a vision for the institution’s future, particularly in maintaining Carnegie “R1” classification

“I would really recommend for the search committees to look beyond administrative qualities and look to human qualities,” said Isabelle Favre, a longtime professor in the Department of World Languages and Literatures, adding that communication skill be a high priority.

“Having someone with a strong background in academia is a really good idea,” said Mae Gustin, Foundation Professor in the Department of Natural Resources and Environmental Science, adding that if possible, hiring a person who has been at an R1 university before would be preferable.

Scaling-up at the DeLaMare Science and Engineering Library

The University Libraries celebrate the season with Holiday Book Tree

William Tate to present lecture on relationship of place, race and STEM education

The publications reflect advancements in the engineering field