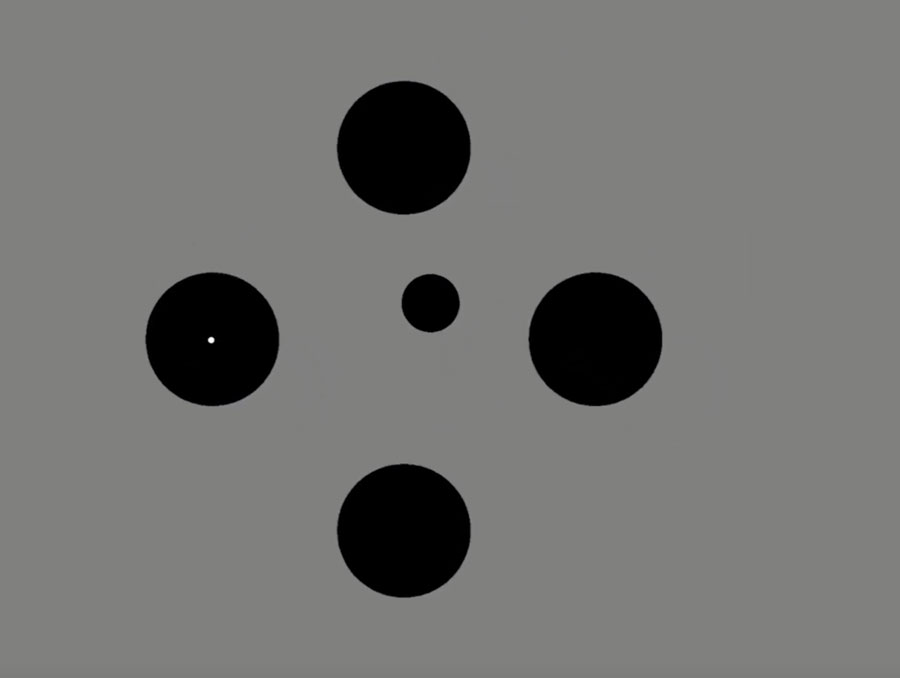 You can’t believe everything you see, especially if what you’re seeing is meant to trick the brain. University Professors Gideon Paul Caplovitz (Psychology) and Jean-Paul Perrotte (Music), along with Professor Ryan E.B. Mruczek of the College of the Holy Cross have entered the 2019 Best Illusion of the Year contest with their illusion titled “The Rotating Circles.” The contest, put on by the Neural Correlate Society, gathers the best illusions from researchers all around the world to be viewed and voted on by the general public – the more confounding, deceptive, and surreal, the better! Voting opened for the 2019 competition on December 9th. Ten illusions have been chosen for public voting.

“The Rotating Circles illusion demonstrates the relative nature of perception,” Caplovitz said. “An object’s attributes – here, its motion – are often perceived relative to the attributes of nearby objects. Thus to understand how our brain constructs our experience of a moving object, we must also understand the context in which the object is moving.”

While illusions like the Rotating Circles may feel otherworldly, they are more representative of how we perceive the world on a day-to-day basis than one might think.

“Objects in the real world are rarely stationary – motion abounds,” Caplovitz said. “The strong influence of motion in generating interactions between different objects, as demonstrated in the Rotating Circle illusion, is likely to come into play in many everyday situations, such as judging the speed and trajectory of a person or vehicle.”

The group of researchers discovered the illusion while exploring the effects of dynamic motion on a static backdrop.

“Our recent work has shown that dynamic motion can greatly enhance the effectiveness of classic size illusions, such as the Ebbinghaus illusion,” Caplivotz said. “In other words, adding dynamic motion to traditionally static displays led to much larger illusory effects. We stumbled on the Rotating Circles illusion while exploring different combinations and types of motion for the central and surrounding circles of classic Ebbinghaus stimuli.  We were immediately struck by the compelling effects on motion perception when the movement of the central and surrounding circles were not matched.”

Voting for the Best Illusion of the Year is open December 9th through December 12th at 9:00 a.m. PST. To check out the Rotating Circles illusion and to vote, visit IllusionOfTheYear.com/Vote.