How does language influence identity?

How does language influence identity? 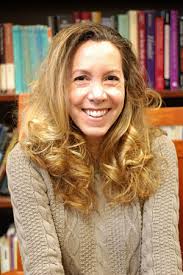 Professor of linguistics in the College of Liberal Arts, Valerie Fridland, has received this year’s American Speech Roger Shuy Best Paper Award for her collaborative work with a graduate student and a colleague from University of Oregon on Vowel Dynamics in the Southern Vowel Shift. This award honors the best paper to appear in the American Dialect Society’s journal as determined by a committee of members within the society.

“American dialect society has been around since the late 1800s with the goal to put American English on the map,” Fridland said. “I’m happy that such a prestigious organization is still around and interested in modern American English. My grad student is a first author, so was great to see his hard work recognized, too. We are truly honored.”

Fridland’s research specialty is regional identity and variation within linguistics. Because of this, she is often a source of resolution in the great “Ne-va-duh” vs. “Ne-vah-duh” debate, which was very important during the election season of 2008 when NBC Nightly News Correspondent George Lewis interviewed Fridland. These pronunciations, she said, reflects how people collectively produce and perceive vowels, and the influence of early settler’s dialects.

For the past 10 years, Fridland has been studying the perception and production of vowels across the United States with funding of nearly 100,000 from the National Science Foundation. Her research has reflected three major vowel shifts affecting the United States, specifically in the North, South and West.

“Like language, my work has naturally evolved over time,” Fridland said. “During my undergrad at Georgetown, I took a required linguistics course and it fascinated me. I am a southerner and I was, and still am, interested in how southern speech traits are perceived. Most of what we think of as southern speech traits are rural; the urban centers have been swamped linguistically by the effects of globalization, travel and trade. Urban southerners are still distinctive, but they’ve changed the way that they are distinctive.”

Fridland and her colleague are working on a book with Cambridge University Press about socio-phonetics, an emergent field that combines sociolinguistics and acoustic phonetics.

“Traditionally, phonetic science is a hard science,” she said. “One aspect looks at the acoustic variations of the soundwave. Phonetics looks at what is linguistically important, but treats other aspects of a signal such as a southern drawl or other identifying and socially meaningful sound as noise. This noise is socially meaningful and signify not only region, but also race and community.”

Fridland has also been researching Western dialect. In the West, it is common for people to pronounce cot and caught as homophones due to the region’s lack of a long-a vowel pronunciation. Fridland is currently interested in lesser-studied dialects in the West.

“We want to look at the diverse voices; how Native American, Latin X, Alaskan and Hawaiian all reflect or do not reflect the larger vowel patterns,” she said. “We cannot understand how languages change over time without looking at how they are socially embedded.”

Fridland is interested in the relationship between what people hear and say, and how language and social life interact. She is looking for volunteers to give speech samples for her research.