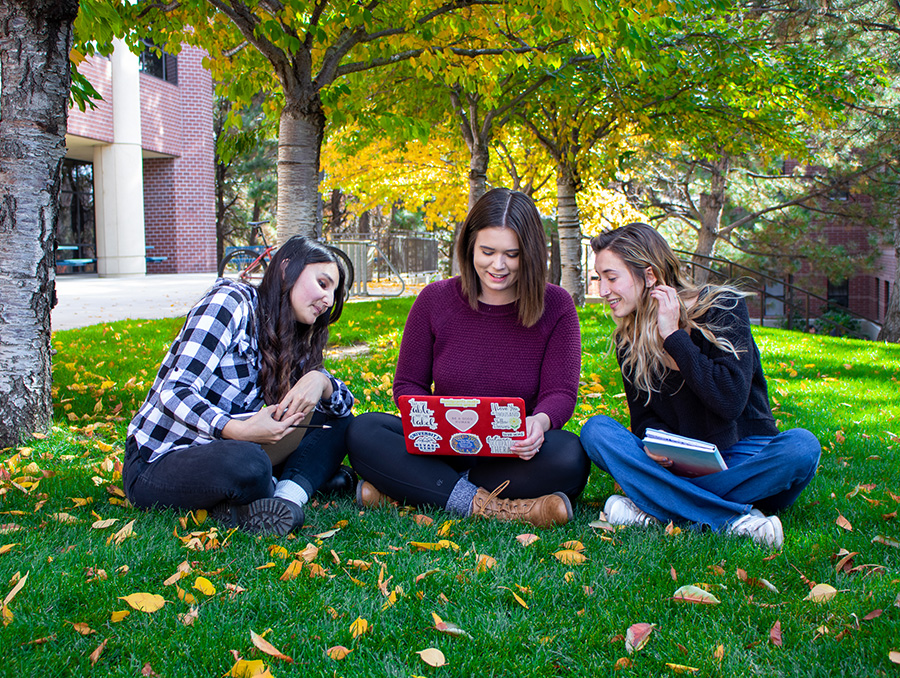 More than 500,000 people have experienced homelessness within the past year in the United States. LGBTQ+ emerging adults are especially at risk to experience homelessness and are disproportionally overrepresented amongst the homeless population.

Service providers often fail to accommodate homeless LGBTQ+ individuals. Many housing services fail to offer a sufficient number of beds, while providers are often not properly trained to best serve this population. As such, LGBTQ+ homeless emerging adults may not fully benefit from the available resources.

Recognizing the lack of existing resources and driven by the desire to make an impact, undergraduates Julia Matos, Mackenzie Kent and Libby Rianda began an in-depth exploration into the experiences of LGBTQ+ homeless emerging adults.

“When you’re in a position of privilege it is important to go and help others,” Kent said, “which is why we’re so passionate about conducting research that can really help people who need it.”

The project is being conducted under the mentorship of College of Education Associate Professor Bridget Walsh. Their journey for this project began in Walsh’s HDFS 391 Research Methods course.

“Along with a few of their classmates, the students developed the proposal for the class,” Walsh said. “At the end of each semester, I select a team that has the aspiration and ability to implement the project under my auspices. This choice was a no-brainer. This team is made up of talented, capable and motivated undergraduate students.”

The students not only excelled within their research class, they impressed other members of the College of Education with their project.

“During their proposal, I was struck by the passion, knowledge, and sophistication of each student and their proposed project,” Melissa Burnham, professor of Human Development and Family Studies, said. “It’s incredibly fulfilling as a professor to watch undergraduate students catch the research bug. Having the opportunity to participate in undergraduate research provides students with access to possible futures they may not have imagined.”

The researchers began collecting qualitative data through one-on-one interviews with LGBTQ+ homeless emerging adults and service providers at two sites in Reno. They have recently expanded their study to cover other major cities across the West Coast including Phoenix, Las Vegas, Sacramento, and San Francisco.

“The campus community really has embraced these researchers and have been very supportive in helping them to secure funding,” Walsh said.

The funding support has allowed for the project to expand to reach more cities, include more participants, and have a greater impact.

“Without the funding, we wouldn’t be able to travel to these different cities to conduct the research, nor would we be able to give our participants gift cards for their time,” Kent said.

“I was deeply impressed with not just the passion of these students, but the quality of their research design and the potential impact it will have on the LGBTQ+ community,” Vice President and Provost Kevin Carman said. “This was a unique circumstance in which a small investment from my office could make a big difference for the project.  I should also note that our Office of Undergraduate Research does a great job of providing financial support for a large number of research projects on a routine basis.”

Reflecting on how the project began, Matos said “the HDFS program offers smaller class sizes that foster discussions around our ideas, and often our professors get involved in these discussions and then they can offer us opportunities to act on the ideas we have.”

However, it is up to the students to pursue these opportunities, she said.

“Listen to your professors when they share potential opportunities for you and work toward being able to take advantage of those when they arise, even if it seems intimidating at first,”  Kent said.

“This team came to the research project with a lot of skills and passion already,” she said. “However, I’ve seen a steep growth in this team’s analytical skills and confidence since they began the project.”

“It feels great to know that the HDFS 391 course and our experience conducting this project is preparing us to move forward with our graduate education,” Matos said.

Rianda also acknowledged their professional development through this project.

“The experience of conducting research in the field and having these face-to-face interviews to learn about the individuals’ perspectives has really helped me develop skills that are preparing me for grad school,” she said. 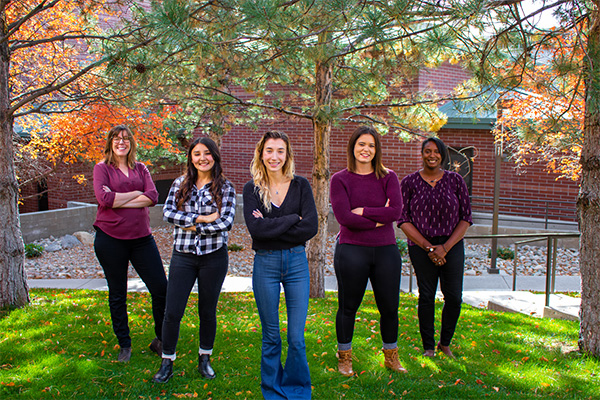 The undergraduate researchers are already seeing the impact they’re having on this community.

“Oftentimes the participants will tell us they have been never asked to tell their stories and feel that no one has cared to know their stories before,” Matos said.

These reactions to the researchers demonstrate the importance of doing applied research in the community that can lead to improvements for this population.

Data collection will be finalized in December and the researchers plan to analyze their data in the early weeks of 2020. Assistant Professor Sarah Mitchell is also lending a hand to the research group.

“Once we have the data, I am going to be helping to mentor the team on qualitative data analysis and providing guidance on discussing the findings,” she said.

The team has plans to share their findings at conferences and through publication in an academic journal, and they have no intention of stopping there.

They plan to hold a stakeholders meeting to review their findings regarding the primary needs of this population and discuss what can be done to improve resources. The researchers have also been in touch with members of the Nevada government who are involved with the LGBTQ+ community to help get a call to action to better serve this community.