Presentation matters: The effect of wrapping neatness on gift attitudes

University of Nevada, Reno researchers explore how wrapping gifts too neatly inflates the expectations of the gift inside. 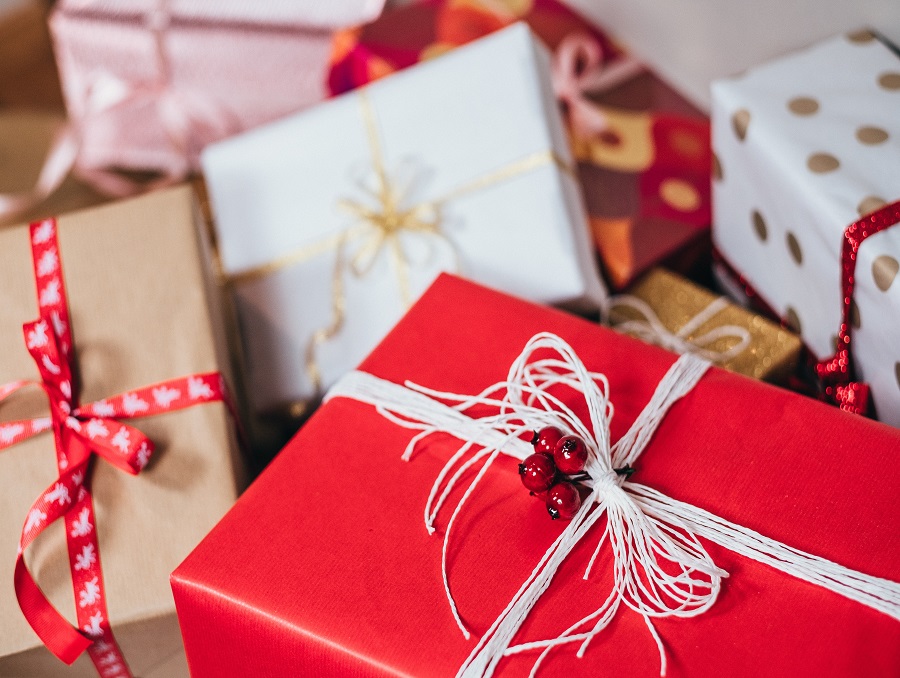 Presentation matters: The effect of wrapping neatness on gift attitudes

University of Nevada, Reno researchers explore how wrapping gifts too neatly inflates the expectations of the gift inside.

As the holiday season approaches, the pressure to find the perfect presents for friends, family, co-workers and acquaintances continues to increase. But, what about how the gift looks when it’s presented? According to Jessica and Brett Rixom, researchers at the University of Nevada, Reno, the way people wrap presents can impact the expectations of the item under the wrapping.

Each year, Americans spend more than $3.2 billion on gift wrapping, yet little was known about the effects of gift wrapping on how recipients react to the gifts inside. While some may expect that the neater the wrapping of the present, the higher the satisfaction with the gift, their research finds the opposite is true.

“When we wrap a gift neatly for a friend, we may anticipate that they will be more satisfied with what is inside,” Jessica Rixom, assistant professor of marketing at the University’s College of Business, said. “Our research found when gifts are wrapped neatly, and given to a friend, it raises the expectations of the gift inside, resulting in our friends liking the gift less. However, with sloppy-wrapping, our friends set their expectations lower and will actually like the gift more.”

Jessica, along with her husband Brett Rixom, an assistant professor of accounting at the University’s College of Business and Erick Mas, of Owen Graduate School of Management at Vanderbilt University, formally began researching the attitudes toward gift wrapping in 2015, however, the idea for this research came much earlier when they observed their friend’s reactions to their own gift wrapping skills.

“I learned how to wrap gifts really well when I worked in a chocolate shop in Oxford in 2004,” Rixom said. “They offered a gift-wrap service so I learned to wrap boxes of chocolates with corners that were crisp and neat. I started wrapping my own gifts this way and when I was wrapping gifts with a friend, I noticed that the gifts in my pile were wrapped neatly while their’s were sloppy, no matter how hard they tried. It got us wondering about whether people react differently to gifts based on these gift-wrapping styles.”

In their research, “Presentation Matters: The Effect of Wrapping Neatness on Gift Attitudes” published in the Journal of Consumer Psychology, Jessica and Brett observed the reactions of university students and online participants across the United States to gifts wrapped neatly or sloppily in three studies.

“When received from friends, we use the wrapping of gifts as a cue for what is inside,” Rixom said. “With neat wrapping, expectations are higher.”

Study three found that the type of relationship the gift-giver has with the recipient impacts the overall satisfaction with the gift. While wrapping a present too neatly can negatively impact a close friend’s attitude toward the gifts, the opposite reaction happens with gifts given to acquaintances.

Participants were asked to imagine either that a gift was given to them by a friend or an acquaintance. More favorable attitudes resulted when a neatly-wrapped gift was received by an acquaintance rather than from a friend.

While the research team examined the effect of gift wrapping for relationships at acquaintance and friend levels, there are many other types of relationships they want to explore in the future.

“When wrapping a present think about who you are wrapping the gift for,” Rixom said. “How you wrap the gift is going to have a different impact depending on the relationship you have with the recipient.”