From the student newsroom to the city newsroom

Reynolds School alumnus shows that one of the most valuable experiences in one's career is during college. 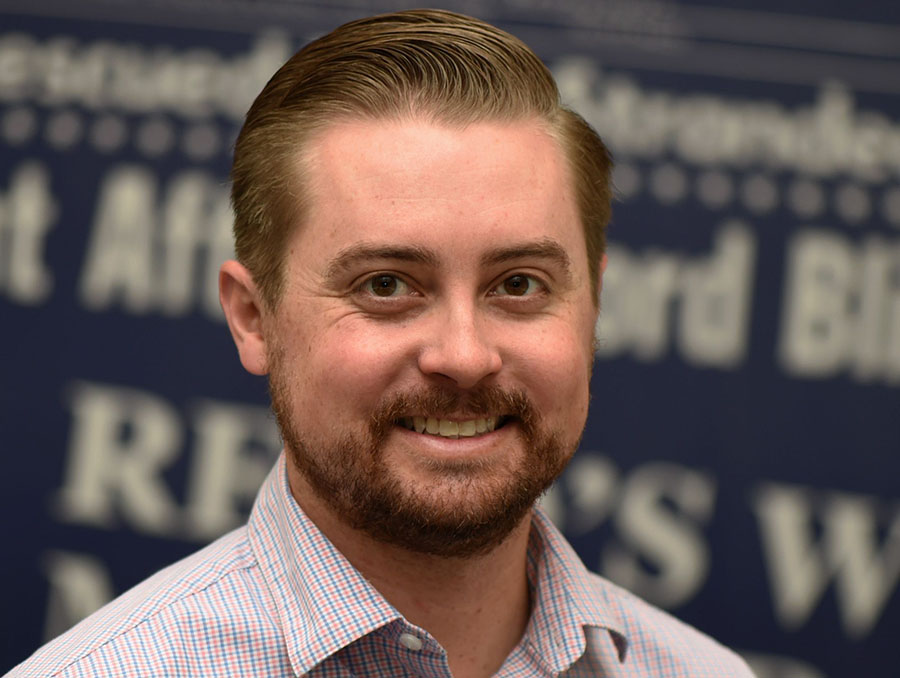 From the student newsroom to the city newsroom

Reynolds School alumnus shows that one of the most valuable experiences in one's career is during college.

Fueled by curiosity, Reynolds School of Journalism alumnus Brian Duggan started his reporting career at the student-run newspaper, The Nevada Sagebrush. His first audience consisted of students at the University of Nevada, Reno.

Professor Paul Mitchell sold Duggan on attending the Reynolds School in 2003 and he decided to go into print journalism. Duggan had three internships while in school and interned in Washington, D.C., from 2006 to 2007 where he learned the ins and outs of political reporting.

"What attracted me to news was the constant debate of ideas and every single day is new," he said. "It's like a front to seat to history."

During his senior year of college, Duggan became the editor-in-chief of the Sagebrush. According to Duggan, his work as editor hooked him on starting a career in news. It was one of his most formative experiences and taught him the responsibility and power that came along with journalism.

"The student paper and that pirate ship culture of a student newsroom is an intoxicating thing when you're in college," he said. "You know you’re going to have an audience every single week, and your writing affects people."

Duggan entered the news industry in 2008 and had to look for opportunities during the recession. He saw every job as a necessary learning experience to further his career.

"My first job out of school was at the Bismarck Tribune in North Dakota, and I covered state politics for a year at a state that I never been to," he said. "I had a great adventure and I learned a lot really quickly."

After living in North Dakota, Duggan moved back to Northern Nevada and did business reporting for the Nevada Appeal. It was not until he joined the Reno Gazette-Journal (RGJ) in 2011 that he started breaking big stories.

"I got to the RGJ in 2011 and covered a string of major national breaking news events in the span of just four months," he said. "I started with Burning Man, and the day after I got back, there was a mass shooting at IHOP in Carson City. A week later, the air races crash happened, and I was one of the first reporters on scene. You’re just there to witness these horrific news events, and it brings home the amount of responsibility you have as a journalist to do right by the people."

"Our reporting directly had an impact and the number of inmate deaths in the jail went way down," Duggan said. "It shows you the power of journalism, that we truly do give voice to those who don't have one. We can show when there’s a systemic problem that’s affecting people. That’s our role pointed out. That’s journalism at its best."

He took on his role as executive editor for the RGJ in January 2019. His current challenge is helping audiences to see that credible and fully researched information is worth paying for in a generation that is accustomed to free news.

"My primary job is making sure that the public understands what's at stake," he said. "Because what's at stake is the future of democracy and civic engagement. If local journalism goes away, so does a lot of public knowledge. I look at journalism as a way of trying to improve our community. I believe that journalism is a fundamental piece of the pie that keeps this place a nice place to live."

Duggan sits on the Dean's Advisory Council and advises the dean in bettering the future of the journalism school. His advice to students getting into the news industry is to have thick skin and to challenge themselves.

"You’re going to have to go cut your teeth somewhere. You’re going to have to get used to taking opportunities that may not seem obvious at first," he said. "If you want to do this, know that it’s a very uncertain time in the industry, but know that it’s also a time that people are rebuilding the entire infrastructure of the news industry. If there’s a time to be young and to bring new ideas and perspectives in news, now's the time to do it."