Ian M. Hartshorn, University of Nevada, Reno assistant professor of political science, has new research published in the Terrorism and Political Violence. Hartshorn's article, co-authored with Stacey Philbrick Yadav, associate professor of political science at Hobart and William Smith Colleges, focuses on the practices of takfir in different political contexts and institutional design in the Middle Eastern countries of Tunisia and Yemen.

Takfir is an accusation of someone being an unbeliever and no longer Muslim. Allegations of takfir often result in violence. However, Hartshorn says people committing violence for political gain do not always see their planned outcome occur.

The article also compares public acts of takfir in Tunisia and Yemen to argue its unique function in an historical context. In recent history, takfir has become an informal practice used to control formal state institutions. Often seen during political transitions, takfir has an impact on the new constitutional arrangements.

"My research has pushed me to gain a better understanding of what politicians are doing when engaged in rhetoric dealing with takfir," Hartshorn said. "We must consider when this practice gives people a political advantage and possibly lead to violence or non-violence in a political context."

Nonetheless, Hartshorn said takfir is a practice misunderstood by the rest of the world. Based on ethnographic and interview-based research, the article challenges other nation's ideologies when engaging in "counter-takfir" practices, in order to combat excommunicative discourse. 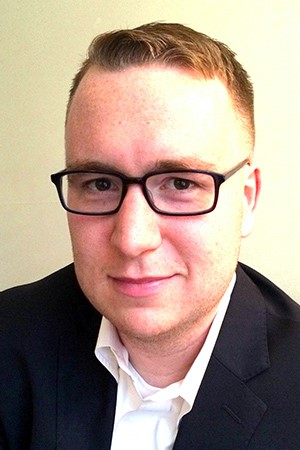 "Any government across the world needs to understand what these countries are doing, so they can better formulate plans when dealing with these situations," he said.

Like this recently published article, Hartshorn is interested to see when political violence occurs based on context. This information, amongst other political science knowledge, is what he is passionate about teaching students at the University.

"I hope my students learn critical thinking, so they can understand the world in a more critical way," Hartshorn said. "With everything online or on television now, it is important they know how to interpret what they are seeing."