Robinson is an alumna of the University of Nevada, Reno. She received her doctorate in ecology, evolution, and conservation biology from the University in 1996. 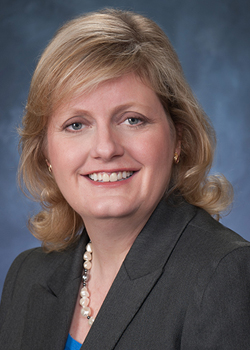 Robinson's career with NASA began when she was a contractor for Lockheed Martin, working in the Image Science Laboratory. During that time, her work involved the development of mapping coral reefs all around the globe. This work has led her to publish a textbook, Remote Sensing for Ecology and Conservation Biology.

She began working at NASA as a civil servant in 2004. She started as a program scientist for the International Space Station in 2004, rising to deputy program scientist in 2006, before reaching the position of ISS chief scientist in 2007, a position she holds to this day. For her work as the chief scientist, Robinson received the NASA Outstanding Leadership Medal in 2017. She lectures at colleges and universities around the country about women in science and engineering, her work with the ISS and the benefits people receive through ISS and NASA's efforts.

The Discover Science Lecture Series was founded by the University's College of Science in 2010, bringing the country's top scientists to the University to share their knowledge, research and wisdom with the community.

Robinson's lecture will be the last one of the fall semester. The series picks back up in the spring with University of Maryland theoretical physicist James Gates, Jr. on March 8, 2018. The last speaker will be University trustee and bio-pharmaceutical researcher Mick Hitchcock on April 5.

Discover Science Lectures are always free to the public. They are held at the Redfield Auditorium in the Davidson Mathematics and Science Center on the University's Reno campus at 7 p.m. Free parking for the event is available on the top level of the Brian J. Whalen Parking Complex on North Virginia Street, next to the E. L. Wiegand Fitness Center.