The College of Agriculture, Biotechnology, and Natural Resources is pleased to announce the hiring of Robert O'Mara Ryan as new University of Nevada, Reno Chair of the Department of Biochemistry and Molecular Biology.

"After a national search, which generated a large number of highly qualified candidates for the chair position, Dr. Ryan emerged as the top candidate," Chris Pritsos, director of the Nevada Agricultural Experimental Station and one of the lead recruiters for CABNR, said. "His energy and expertise in the area of human health will be a strong influence on the department and will strengthen its expertise in the area of human health and disease."

Ryan comes to the University after serving 16 years as senior scientist at the Children's Hospital Oakland Research Institute. 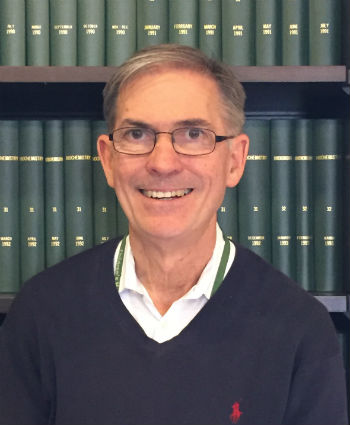 He has also spent the past 12 years as adjunct professor in the Department of Nutritional Science and Toxicology at the University of California, Berkeley.

"Dr. Ryan is a very strong teacher and researcher," David Shintani, CABNR associate dean for academic programs and associate professor, said. "Because of his diverse research background (ranging from insect to human biochemistry), he will understand and appreciate the current research emphases of the department and be able to lead targeted hires and address programmatic deficiencies."

His other accomplishments include numerous scientific publications, honors and awards in areas such as biochemistry and lipoprotein research, and service work with committees in relation to his professional work and achievements.

Kelly Cross named one of the 1,000 Inspiring Black Scientists in America

Cell Mentor named Cross on the list designed to "dismantle the myth that outstanding Black scientists make up a small percentage of the scientific community."

A presentation by Dr. Ann Weber for International Women's Day

The Society of Women Engineers connects students with industry

Evening with Industry brought 65 students and 11 companies together to help students and new graduates prepare themselves professionally to become engineers.