The Comforts of Home: A Basque Sheep Camp on display until Aug. 10

The Comforts of Home: A Basque Sheep Camp on display until Aug. 10

The Comforts of Home: A Basque Sheep Camp is on display now through August 10 at the Sparks Museum and Cultural Center located at 814 Victorian Avenue in Sparks. The exhibit features materials from the Jon Bilbao Basque Library which is part of University Libraries at the University of Nevada, Reno.

The exhibit showcases Dominique Laxalt's sheep camp from Marlette Lake, Nevada. Laxalt purchased more than one hundred acres of grazing lands high in the Sierra in the early part of the twentieth century, two thousand feed about the eastern shores of Lake Tahoe. He herded sheep in the mountains above Carson City, Nev. for decades operating out of his base camp at Marlette Lake. He took his sons with him and this made an incredible impression especially on Robert Laxalt, who later wrote of these experiences in his book Sweet Promised Land. 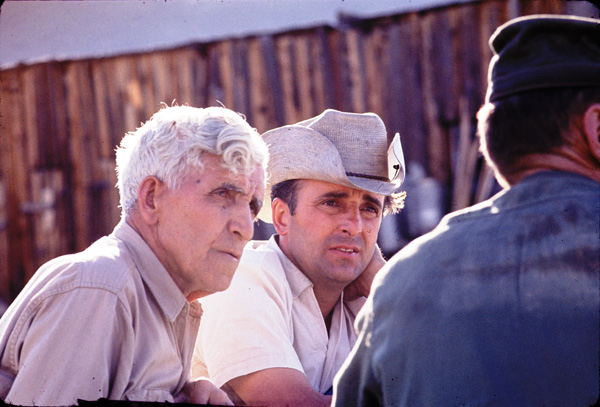 "While preparing camp the sheepherders had to be nimble, a real jack-of-all-trades," Jon Bilbao Basque Librarian Iñaki Arrieta Baro said. "Life in the mountains was tough, tools were primitive and tents were made from very heavy fabric."

Setting up the tent, hunting and fishing for food, cooking, and keeping track of supplies encompassed the domestic side of the sheepherder's time outside of tending to the flock. All they had to survive on for many weeks at a time were the supplies they carried with them. Pack mules or horses carried the building blocks of the necessary comforts of home.

As time went on, they would be resupplied by ranch managers or owners. Early on this would be with other pack animals, then wagons, and finally trucks. Improvised fishing poles from branches and pot racks from belts. These ad-libbed gadgets were all used at camp. Many of the materials they carried had to be multifunctional.

"Everything they needed to survive life in the mountains they brought with them," Arrieta Baro said. "Horses or pack mules carried heavy items from camp to camp and sheepherders were alone for many weeks at a time."

Despite the harsh conditions and lonely lifestyle, the Basque sheepherders found ways to entertain themselves when working in the mountains.

Many sheepherders took to making art in the form of tree carvings and music.

"The life of a sheepherder certainly was not easy," Arrieta Baro said. "Many played the Trikitixa - a Basque accordion - to entertain themselves, drank wine from the Bota bag, a traditional Spanish liquid receptacle, and carved artistic drawings of women, animals, home, their names and dates into Aspen trees. By doing these things they were able to remember the Basque country and connect with the Basque culture by mixing hard work with good times." 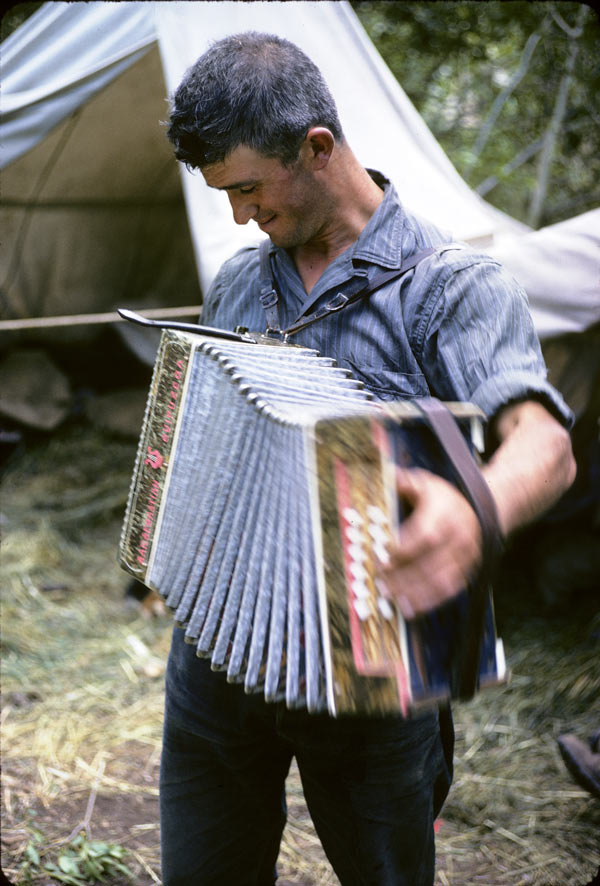 A Basque sheepherder plays the Trikitixa - a Basque accordion - to entertain himself at camp.

While the exhibit features items that emphasize the hard-working nature of the Basque sheepherder Baro said, "There is a stereotype that exists around these men. It's my goal for those who experience the exhibit to learn that Basque sheepherders were complex and innovative individuals. They were multifaceted humans who were able to survive and persevere in the toughest of living conditions and even managed to create interesting art and music while building life-long friendships while herding sheep high in the mountains."

*Shannon Sisco and Iñaki Arrieta Baro contributed to this story.