Is commercialization the new status symbol for academic scientists?

Is commercialization the new status symbol for academic scientists?

University of Nevada, Reno College of Education Assistant Professor David R. Johnson has always been interested in finding out why people do the work that they do. A sociologist of work and organizations, Johnson spent eight years researching what the emergence of a profit motive in the production of knowledge means for the work of academic scientists. 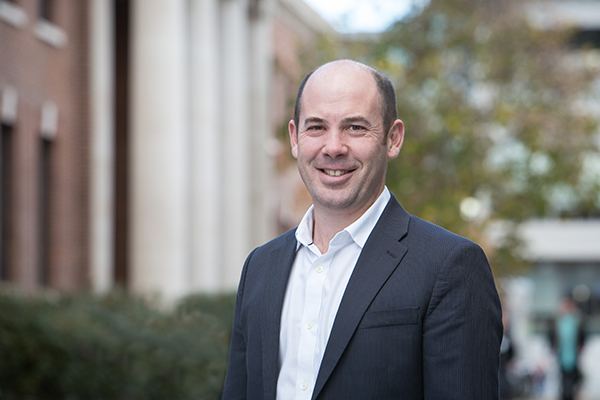 The results, published in his book, "A Fractured Profession: Commercialism and Conflict in Academic Science" (Johns Hopkins University Press, 2017), examines how two categories of academic scientists view and experience the intersection of science and the market: commercially prolific scientists, who actively patent their discoveries, and their "traditionalist" peers, who eschew market endeavors.

"Commercializing discovery is critical to addressing societal problems and generating economic growth," Johnson said. "But the question that we face as a society is one of balance: How do we simultaneously invigorate basic science? It is an important infrastructure just like roads and highways."

"If you're a scientist in physical or natural sciences, or if you're in engineering, there is acute pressure to obtain external funding," Johnson said. "As federal funding for research stagnates or declines, the message to scientists is to look somewhere else - the market."

While Johnson's book evaluates the role of commercialism in science, it also dispels the myth that scientists engage in commercially oriented research because they are motivated by money.

"The pursuit of status and power is equally or more influential than licensing income and royalties," Johnson said. "How do you stand out in a chemistry or biology department where most of your peers publish in prestigious journals? Commercialization is a new basis of status and power in science, with an elite stratum of scientists who wield power by shaping the technological direction of major corporations."

"If you want to make change, one of the ways of making change is to grab one of the big energy companies and help them do the right thing," said one commercialist scientist, Johnson interviewed.

One key point Johnson makes is the necessary balance between traditional, curiosity-driven research and commercially oriented research. He explains how some of the most technologically and economically transformative discoveries shaping society today came from research with no apparent practicality.

"Research that led to Magnetic Resonance Imaging, PET scans and GPS technology began with blue-sky thinking," said Johnson. "Researchers did not set out to invent MRIs, PET scanners or GPS technology - which are now technologically and economically critical - but rather were researching something else without an application in mind."

Given the incentives and pressures scientists encounter to commercialize their work, Johnson was particularly surprised to find existing research showing that, on average, returns to investment in commercialization are typically small. Given that very few universities make considerable profits from technology transfer, Johnson suggests that higher education administrators and federal policymakers need to be realistic about unleashing a profit motive in science.

"Science is messy and unpredictable," Johnson said. "It would be short-sighted if we only concern ourselves with the potential for technological and economic impacts."

Other scholars are praising Johnson's work.

"'A Fractured Profession' is a fascinating and richly detailed account of money, power and conflict in science," Sheila Slaughter, the author of Academic Capitalism and the New Economy, said. "This book is essential reading for scientists, university leaders and higher education scholars."