The 150-year-old Periodic Table of the Elements may not look the same as when people were introduced to it in their first science class. And Eric Scerri, chemistry professor, author and expert on the periodic table, thinks it could change even more, and not just with the most recent additions of four new elements.

Scerri will be talking about the periodic table in the second lecture of the semester in the free Discover Science Lecture Series at the University of Nevada, Reno on Thursday, Nov. 10. He works on the historical and philosophical aspects of the periodic system of the elements and well as examining the extent to which chemical concepts can be explained with physics and quantum mechanics.

His lecture, "It's Elementary My Dear Mendeleev," will trace the history and the meaning of the periodic table, including its relationship with quantum physics. The title is a reference to the periodic table itself and to Dimitri Mendeleev, the Russian chemist who was the leading discoverer of this system.

In his lecture, Scerri will explore whether there is an optimal form of the periodic table and, if so, what this might be. He will discuss the four most recently synthesized elements named nihonium, moscovium, tennessine and oganesson as well as the completion of the seventh row of the periodic table. 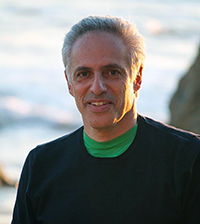 The four new elements are radioactive, produced in minute amounts and used only for research purposes.

Now a University of California, Los Angeles biochemistry and biology lecturer, his first book on the periodic table was awarded the Newby McCoy prize by the UCLA chemistry department and was a Choice Magazine best academic book of the year. His second book on this subject was also a Choice Magazine academic book of the year. His most recent book, "A Tale of Seven Elements" was named among the top 12 science books of the year in 2013 by New Scientist magazine. Scerri has appeared on radio and television and frequently lectures around the world.

He is the second of five lecturers in this year's College of Science sponsored lecture series. Now in its seventh year, the annual Discover Science Lecture Series brings renowned scientists and science lecturers from around the country to share their knowledge with the community.

Scerri's lecture will be held at 7 p.m., Thursday, Nov. 10 in the Redfield Auditorium in the Davidson Mathematics and Science Center on the University campus. Parking is reserved for the event on the top level of the Brian J. Whalen Parking Complex on North Virginia Street. Admission is free. For more information, call 775-784-4591 or visit the College of Science website.