They’re coming to the University of Nevada!

They’re coming to the University of Nevada!

For six years, the University of Nevada, Reno has partnered with area high schools in Nevada Scholars Signing Days, ceremonies reminiscent of high school athletes' "signing days" to acknowledge the decision of these "best-and-brightest" scholars to pursue their college degree in Nevada.

University President Marc Johnson, Provost Kevin Carman, deans, department chairs and many more University representatives were on hand at these events to congratulate and welcome the scholars who will enter the University as part of the Wolf Pack family this fall. 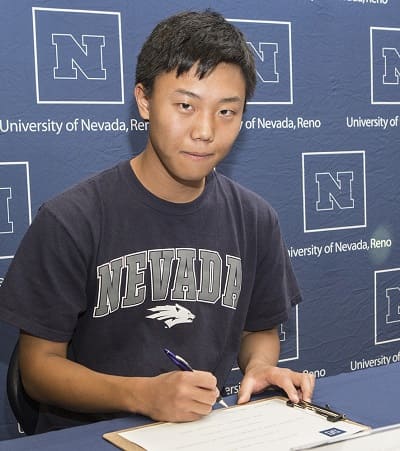 Davidson Academy student and National Merit Scholarship Finalist Austin Shinagawa. Shinagawa is one of  six students in northern Nevada to be admitted to the BS/MD program, which provides an accelerated track through undergraduate studies and straight into medical school at the University. 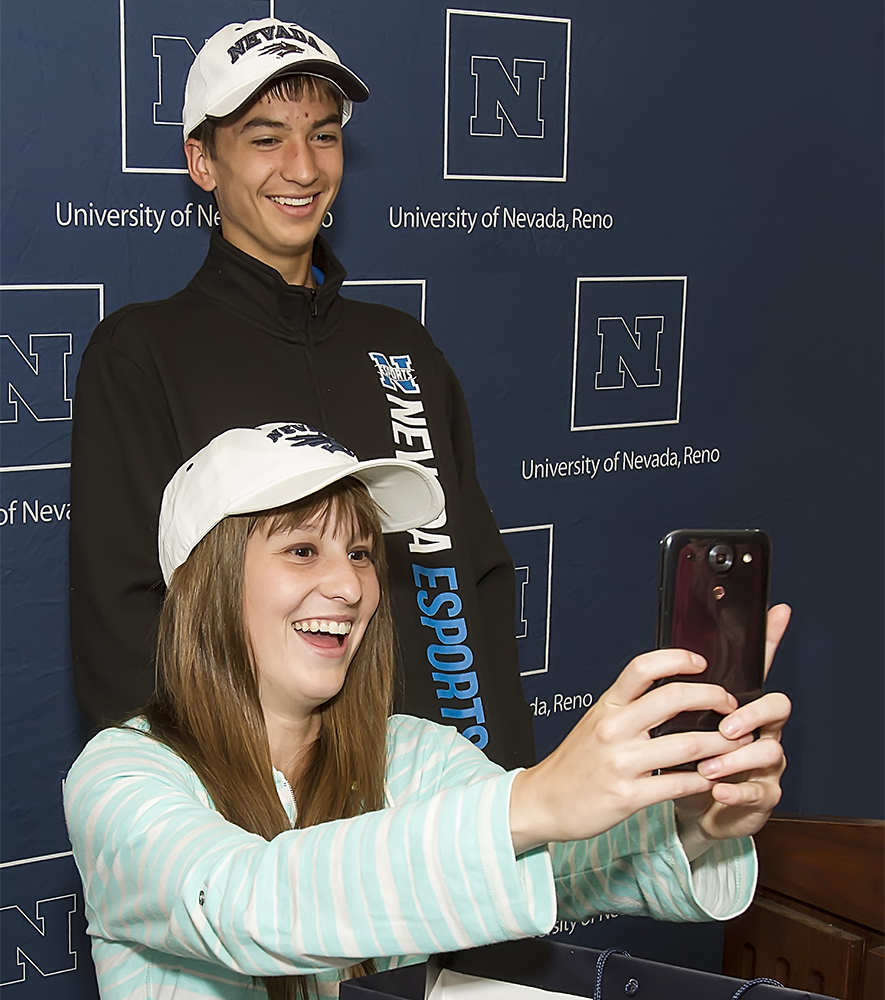 Jamie Poston, a homeschooled student, was one of several high-achieving, graduating students recognized during a ceremony at the University's Redfield Campus. A National Merit Scholarship Finalist, Poston is interested in pursuing a degree in computer science and engineering. She is seen celebrating here by taking a picture with her brother. 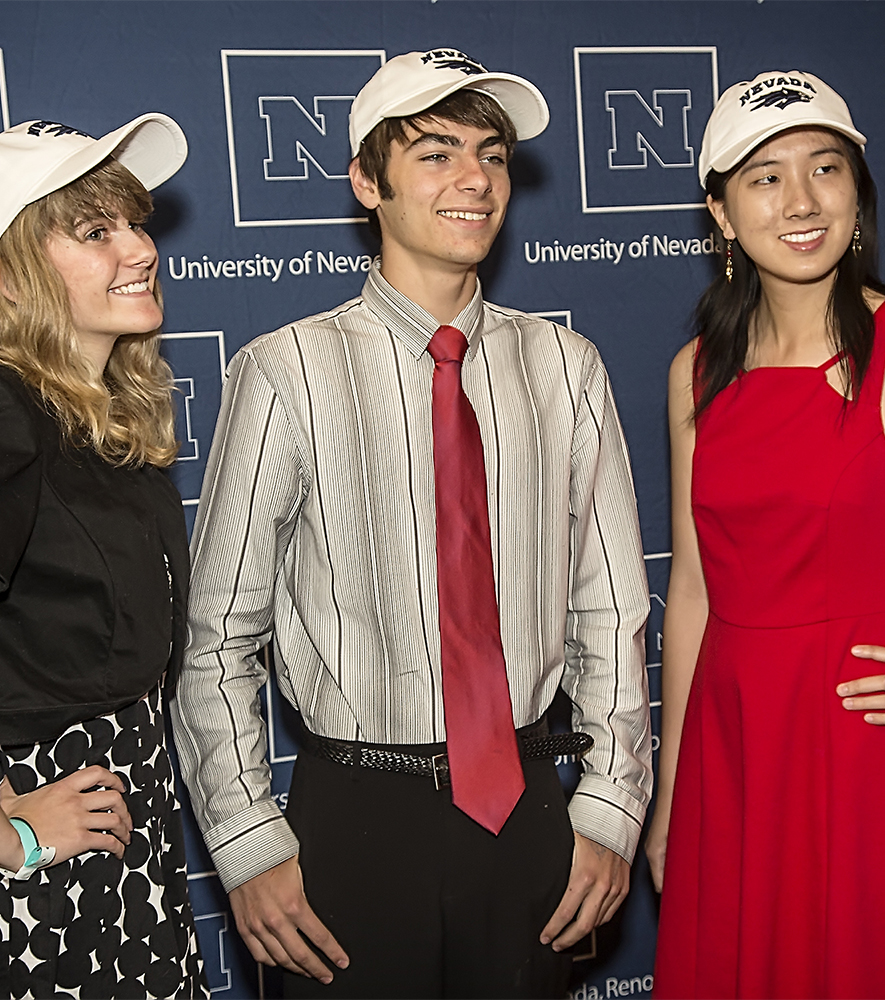 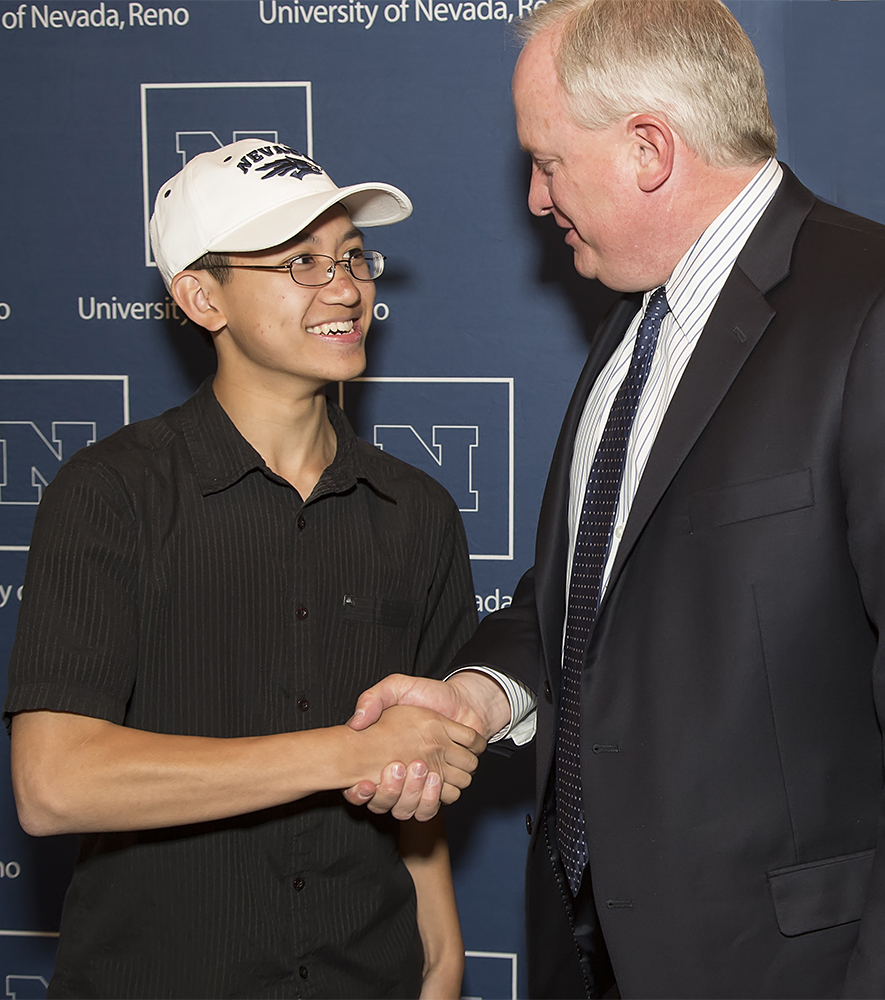 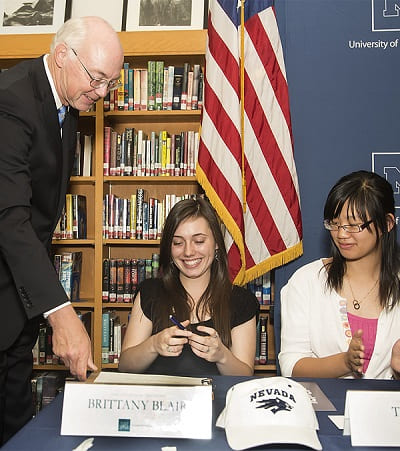 National Merit Scholarship Finalists from Reno High School, seated from left to right, were Brittany Blair and Tania Luo. Both are interested in studying biochemistry and molecular biology through the College of Agriculture, Biotechnology and Natural Resources. 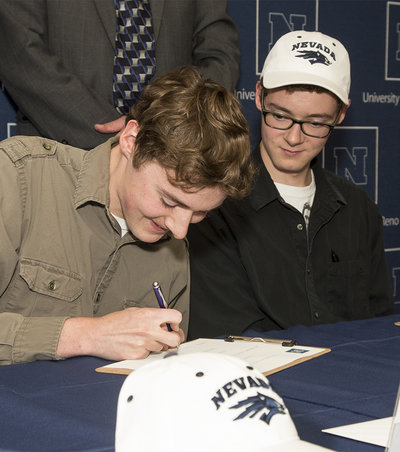 Twin brothers and Presidential Scholars from Douglas High School, Samuel Frost, left, and Andrew Frost, right, were recognized among other scholars at a ceremony in Minden. 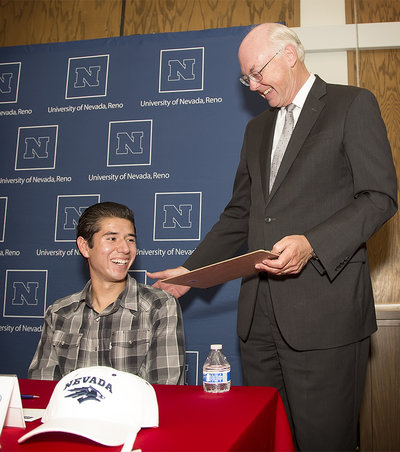 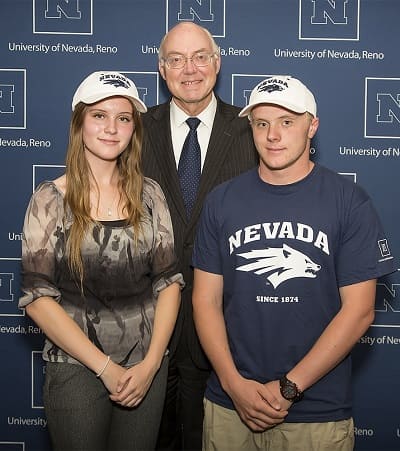 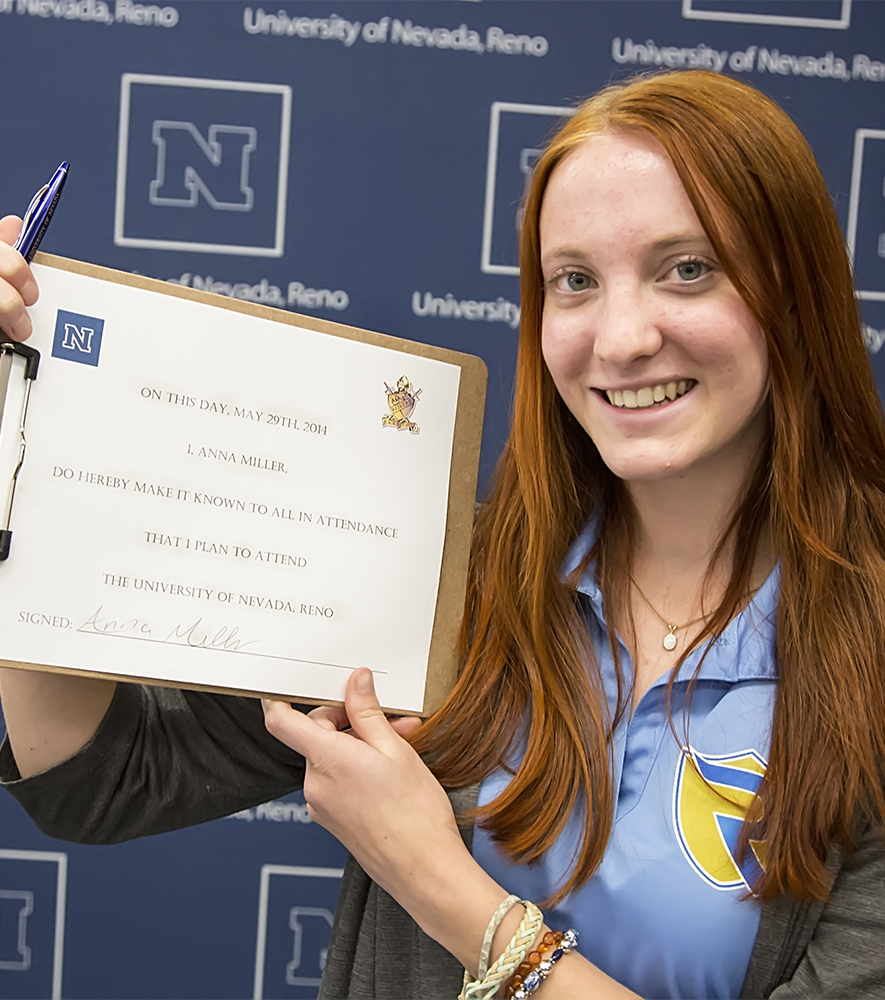 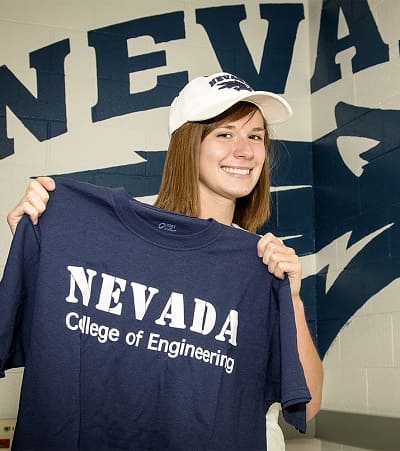 Taylor Schwartz, from Lowry High School in Winnemucca, committed to study civil engineering at the University's College of Engineering.