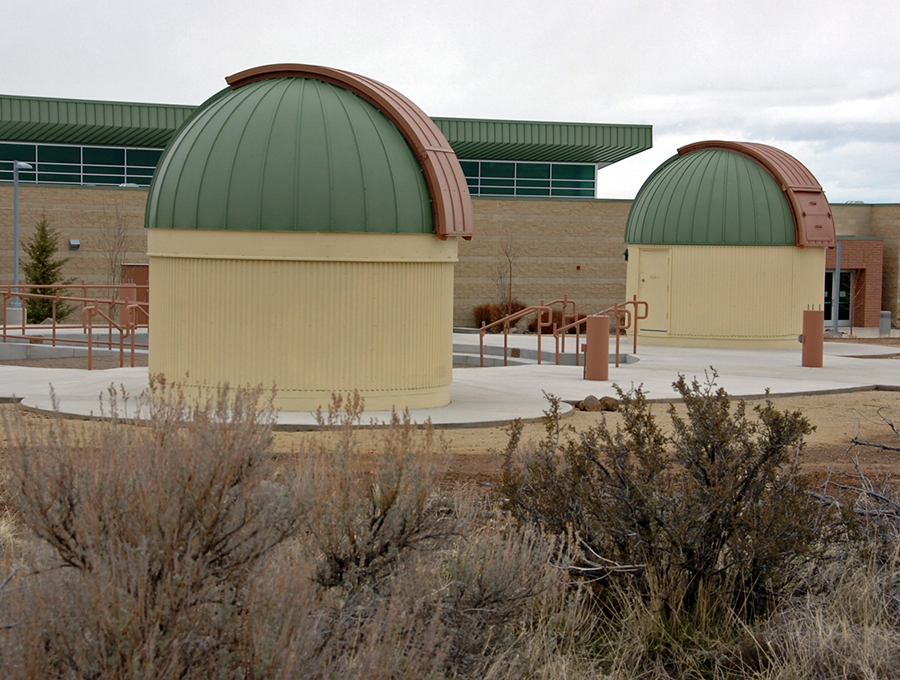 A new era of stargazing is beginning in Northern Nevada with completion of construction and installation of the University of Nevada, Reno’s new astronomy complex at the Redfield Campus, the MacLean Observatory.

“The gift of the MacLean telescope and dome in 2008 set a series of events in motion that has enabled us to build the complex and expand astronomy programs for the university, the community and for K-12 students,” Jeff Thompson, dean of the College of Science, said.

The new facility is ready for astronomy classes and community groups to explore objects as close as our moon, to constellations and even deep-sky objects, such as galaxies and galactic clusters, up to two billion light years away.

“These two scopes will also give us amazing views and pictures of planets, moons in our solar system; star clusters, nebulae and multiple star systems in our galaxy,” Dan Ruby, associate director of the Fleischmann Planetarium, said.

The MacLean Observatory will support education and research and provide teaching and viewing opportunities for students of the University, area community colleges, elementary schools and the general public. The University of Nevada, Reno also received a significant boost in 2010 from the Jack Van Sickle Foundation, which has made generous and significant gifts over the years to enhance astronomy education, and made it possible to build one of the two domes at the observatory.

The 14-inch-diameter Jones telescope that was housed at the Planetarium on the University’s main campus is now mounted in the Van Sickle dome. With the Jones telescope up and running at its new home, Ruby will expand and coordinate Planetarium programs, enhancing their mission of public science education and outreach.

“It’s wonderful to have the telescope operational at such a great facility, we’ve already scheduled the first monthly star party for June 3,” Ruby said.

University students will be using the 22-inch-diameter MacLean telescope, the largest educational and research telescope in Nevada, now completely refurbished and outfitted with digital remote control and imaging technology, which extends its capabilities nearly five-fold. The telescope and dome were given to the University’s Physics Department in the College of Science by the MacLean family in 2008, with special usage granted to Sierra Nevada College for its astronomy program.

Astronomy classes at the University began using the facility this past school year and plans for greater usage are underway now that the facility is complete. A new advanced astrophysics course that begins in the fall will be using the 22-inch-diameter telescope, one of only three of that large size made by Celestron. Five new 11-inch-diameter portable telescopes, as well as several other older scopes, will also be used in the University’s astronomy program. The portables can be mounted on the six extremely stable steel and concrete pedestals installed at the complex.

“The new observatory will greatly benefit our teaching and outreach efforts,” Thompson, who also has a doctoral degree in physics and taught an astronomy class last semester, said. “Observational astronomy brings many scientific disciplines together to explain our universe. It’s especially useful in teaching physics. We are thrilled to be able to introduce more students at all levels to astronomy and science.”