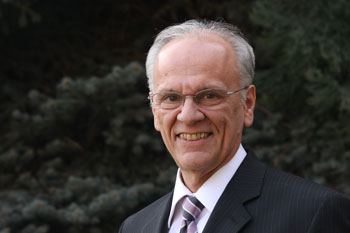 Nevada has all of the resources — sun, wind, geothermal, biomass — to become one of the nation’s leaders in renewable energy.

The University of Nevada, Reno, is quickly filling this leadership role with a number of initiatives that promise to transform not only the economy of the state of Nevada but to revitalize and revamp the national economy with the creation of new companies, new jobs and an entirely new emphasis on renewable energy and a much-needed investment in the rebuilding of the nation’s infrastructure.

According to Manos Maragakis, dean of the College of Engineering, the University has undertaken this role because it is uniquely suited, with talented researchers in all the key renewable energy areas. Their combined talented promise to bring the diverse elements of a modern 21st-century economy together in ways that could change Nevada forever.

Maragakis describes the University as “the hub, the center” of this effort.

“What is important to remember is that for many areas of the country, these ideas are in their infancy or have many years of creating a solid research foundation before they are ever even realized,” Maragakis said. “At Nevada, we are unique in that we have already started much of this work. All of these things are happening on our campus, right now — this is not only in research and development, but in education, with a number of new majors and minors that the University offers in these highly strategic areas.”

Just one example is the recently announced Renewable Energy Center, where the focus will be on synchronizing programs for competitive research in renewable energy.

“The University is a leader in renewable energy education in Nevada, and through this collaborative we can work to make Nevada a powerhouse in renewable energy in the entire country,” said Manoranjan Misra, a professor of materials science and engineering in the College of Engineering. “We have research on hydrogen fuels, bio-diesel, plants to biofuel, geothermal and the many subcategories and components of these types of renewable power. We will continue to work to bring together education and industry to develop these systems here in Nevada, boosting the economy with jobs as well as sales of products and services.”

All Misra has to do to reinforce this point is to simply look out the window of his office in the Laxalt Mineral Engineering Building on the University campus.

“Talk about the perfect natural resource,” Misra, one the campus’ most gifted researchers, says. “The sun is almost always shining in northern Nevada.”

Misra, working with a $3 million research grant from the U.S. Department of Energy, has found a groundbreaking, highly effective way of harnessing photoactive material from the sun to generate hydrogen. The catalytic process produces inexpensive hydrogen from geothermal water and takes advantage of a plentiful northern Nevada resource. Misra’s renewable energy research portfolio is extensive, with more than $10 million in funding for various renewable projects.

Hydrogen, one of the cleanest forms of energy, is more efficient than liquid fuels, and could hold one of the keys to Nevada’s future in becoming a national leader in renewable energy.

Misra envisions a day in the not-so-distant future when Nevada — with more than 300 days of sunny weather per year — will become the perfect hub to generate hydrogen energy, producing low-cost, no-impact fuel for automobiles and energy for homes and businesses.

“We can utilize this great energy resource from the sun to our advantage to produce hydrogen,” Misra says. “We are uniquely positioned in Nevada because of this. Given the weather in northern Nevada, where on most days we have 10 to 15 percent more sunlight than in other areas of the country, the future of this type of energy is limitless.”

Misra’s work is just one of many examples of cutting-edge research and education being conducted on the campus of the University of Nevada.

The University has made impressive inroads in renewable energy curriculum with the addition of a Renewable Energy Minor in 2007. The new collaborative effort promises to create even more educational synergy through the coordinated efforts of faculty in four colleges within the University: the College of Agriculture, Biotechnology and Natural Resources; College of Business; College of Engineering; College of Science. Activities will be overlooked by the deans of the various participating colleges, and will also include working groups in key areas such as biomass, geothermal, solar energy, power grid and curriculum, with an additional group focused on business, hydrogen, public policy, outreach and education.

“Ultimately, we can become more community-driven and can use our science to help our community,” Provost Marc Johnson said. “We want to make the University easier to work with for industry and the business community. We want to train students for the increasingly technological workforce and build our capacity for research at the same time.”

“The unifying theme throughout this work lies in the export of our expertise,” Maragakis added. “We have uniquely qualified faculty and we need to give them the opportunity to work together as equal partners without having to worry about administrative barriers and details. I feel that their potential is unlimited.”

Nevada’s expertise stretches to many areas, including:

Taken together, the work is creating a critical mass of knowledge in the energy and infrastructure economies of the nation that could give the state a strategic edge in the competition for jobs and businesses.

Lawrence Lieberman, a former Dean of Admissions for the Stanford Business School and a member of the Advisory Board for the College of Engineering, said he believes that the University’s “core competencies” in these areas can create “unfair advantages” for the institution.

They are “unfair advantages” that could catapult University to the forefront of a new economy.

“The state desperately needs to diversify its economic base, and we have the potential to be a leader in renewable energy, and in rebuilding our nation’s bridges and roads,” he said. “There is such great stuff that is going on at the University. The University has extraordinary expertise and in some areas has core competencies that few other areas in the country can claim. The focus of the research and development efforts are directly in line with what President Obama is trying to accomplish with the stimulus plan.

“Right now there seems to be a real increase in demand for expertise, and this in turn can create more jobs — white-collar, clean jobs that basically bring money back into our state.”

Misra, who has spent a distinguished career spanning more than 25 years in developing alternative fuel source technologies, said it’s an exciting time to be a researcher at the University.

“We can lead the nation,” he said. “People often say, ‘Why Nevada?’ Well, ‘why not Nevada.’ The timing to become the nation’s leader in finding alternative ways of fueling our cars or heating our homes or powering our computers has never been any better than right now.”

The story of Juneteenth's AB 174: 'A short bill with a mighty purpose'

Gardening and horticultural events offered to grow the summer spirit

The University of Nevada, Reno gains a new college this summer

One year after the Argenta Hall explosion, University resilience stronger than ever

Residential Life, Housing and Food Services, along with partners across campus, continue to move forward with grace, flexibility and commitment offering a quality student experience.