Economic Necessity Trumps Morality: Reflecting on the International Day for the Remembrance of the Slave Trade and its Abolition

When we think about the Transatlantic Slave Trade, we often center the Black American narrative (i.e. – Black American Exceptionalism). The United States is not in and of itself exceptional, but Black Americans occupy a unique place in society as citizens who are descendants of captured and enslaved Black Africans in an imperial superpower that preaches ideals of “life, liberty, and the pursuit of happiness” as “all men are created equal” per the Declaration of Independence that other countries should emulate. However, the dehumanization, violence, and bloodshed of the Transatlantic Slave Trade is not exclusive to the Black American experience. It is hemisphere wide due to Spanish, Portuguese, British, French, Iberian, Swiss, Danish and Dutch involvement (emerging powers in the Americas participated in the trade when possible and profitable). Between 1525 and 1866, 12.5 million Black Africans were captured, marched and loaded onto one of the 35,000 Atlantic ships (The Colonial Williamsburg Foundation, 2022), and shipped naked, packed close together and chained to the ‘New World’ after proving themselves as competent workers and ‘immune’ to European diseases. The average duration from all regions of Africa was just over two months (Lowcountry Digital History Initiative, 2019b).

Many Black Africans died during the Middle Passage due to suffocation, disease, extreme temperatures, sexual assault and malnutrition. It is estimated that 10.7 million captive Black Africans survived the Middle Passage (Gates Jr., 2013) to white European colonies from the 16th through the 19th century, colonies that were dependent on the exploitation of enslaved African labor and skills to colonize and exploit the land they had ‘discovered’ for their survival. Of that 10.7 million, about 6% were shipped directly to British North America (Mintz, 2009), with the first arriving in 1619 to replace the dwindling number of white European indentured servants and enslaved Indigenous people of British North America. The rest disembarked in South America and the Caribbean for a life defined primarily by sugar plantation labor. One of the deadliest places for an enslaved Black African.

All 13 British colonies in North America participated in slavery. Enslaved Black Africans were critical for the Southern colonies’ agriculture-based economy that relied on large farms of labor-intensive cash crops (e.g. – rice, tobacco, indigo, cotton and sugar cane), and northern colonies advanced and gained wealth through the western consumption of said crops (domestically and internationally), made possible by the labor of imported, bought and sold Black Africans. And although the majority of imported Black Africans worked as field laborers, they also worked as masons, carpenters, distillers, cattlemen and drovers, seafarers, nurses and seamstresses. The importation of Black Africans as property, and a brutal legal system that upheld this status, slavery, and was enforced by violence, was key to prosperity.

So, what led to the abolition of Transatlantic Slave Trade? The reasoning behind the ban, ideological, religious, and economic change, varies by historian, and which factor was most important does too (Lowcountry Digital History Initiative, 2019a). Scholars in favor of abolitionism originating with the Enlightenment movement argue that said movement suggested all men, and to some extent women, held certain inalienable rights (i.e. – liberty) that the trade violated. Other scholars emphasize the role of Evangelical groups, like the Quakers and other religious dissenters, who saw abolitionism as an expression of “Christian” love for their fellow man and spread the ‘good word’ by mobilizing their members and congregations domestically and abroad. And other historians stress the importance of economic change…importing enslaved Black Africans was no longer as profitable to the North and South.

After the American Revolution, Britain waged economic warfare against their former colonies, which lessened the North’s need to import enslaved Black Africans because they could not compete with England (Cengage, 2019). England closed their markets, raised tariffs on goods from the United Colonies, and poured manufactured goods into the United Colonies’ market at far lower prices than local manufacturers and merchants could charge. Meanwhile, the Upper South wanted to ban international competition and strengthen the domestic trade of enslaved Black people to the Lower South whose plantations were expected to flourish and could rely on the labor of the self-sustaining population of four million enslaved Black people already in the South (History.com Editors, 2019).

This was not the first time a ban had been proposed and implemented. During the buildup to the American Revolution, the colonists banned imports from Britain (Martin & Foner, 2008). This included Black African captives. But after the Revolution, Constitution, and the joining of South Carolina, Georgia, and Louisiana to the Union, a federal ban was out of the question. To keep the Union together, a compromise was made during the Constitutional Convention of 1787 stating that Congress would not interfere with the Transatlantic Slave Trade prior to 1808. By the end of the 18thcentury, not one state in the Union was sanctioning the importation of African captives (South Carolina banned the importation of Black African captives to check a post-war economic depression). However, the perfection of the cotton gin and the acquisition of the Mississippi and Louisiana Territories enticed thousands of agricultural men to travel west and plant cotton and the South Carolina legislature voted to resume the immediate importation of captive Black Africans (Charleston County Public Library, 2018).

On January 1, 1808, a federal ban on the importation of captive Black Africans went into full effect, although illegal smuggling continued. Historians estimate that up to 50,000 enslaved Black Africans were illegally brought into the United States after 1808, mostly through Spanish Florida and Texas, before those states were admitted to the Union (Andrew Glass, 2018). The federal abolishment of the Transatlantic Slave Trade in the United States of America occurred seventeen years after the start of the Haitian Revolution (August 22, 1791 – January 1, 1804). The start of the Haitian Revolution spanned the night of August 22 and 23, 1791 against the French, and is the only instance of a successful rebellion of those enslaved against their enslavers and founding event of the first free and Black-led republic in the world, the first independent state in the Caribbean, and the second independent nation in the Western Hemisphere after the United States.

This International Day reminds me that freedom is taken, not given, and the importance of community. My community. Although the federal abolition of the Transatlantic Slave Trade in the United States of America was the first time Congress questioned the legitimacy and morality of an aspect of slavery, I do not have to be grateful to a country that abolished a system it created for its own benefit and abolished primarily for economic reasons. Not because Black lives are loved, valued and respected. What I am grateful for is my ancestors who survived and found moments to thrive, my Black community of the motherland and diaspora, and that we continue to fight for ours in-country and globally on a systemic level … until we are all truly free.

“We have dared to be free, let us be thus by ourselves and for ourselves.” - The Haitian Declaration of Independence

To those who are not Black and descendants of enslaved Black people, this day is an opportunity for collective consideration of the historic causes, the methods and the consequences of this tragedy, and for an analysis of the interactions to which it has given rise between Africa, Europe, the Americas and the Caribbean (UNESCO, 2022). As well as analyze the deep social, economic, and political divides between communities that continue to this day in the United States of America, long after ‘abolishment’ and ‘emancipation’ fifty years later.

International Day for the Remembrance of the Slave Trade and its Abolition is recognized on August 23.

To learn more about this day, #BlackAtThePack and Diversity & Inclusion suggest following this article by watching the Rhythms of Resistance" an U.N. Online Cultural Event to mark the International Day of Remembrance of the Victims of Slavery and the Transatlantic Slave Trade

To learn more about how to be an ally to Black individuals and communities, we suggest visiting this Anti-Racism Resources repository.

To connect with a student group centered on Black experiences, please reach out to the African Diaspora Program.

To connect with a faculty and staff group centered on Black experiences, please reach out to #BlackAtThePack.

Whitney A. Hughes is a Program Specialist in the Office of Student Conduct. She is also a graduate student in the College of Education and Human Development pursuing a Master of Science in Equity and Diversity in Education at the University of Nevada, Reno.

UNESCO. (2022). International day for the remembrance of the slave trade and its abolition. 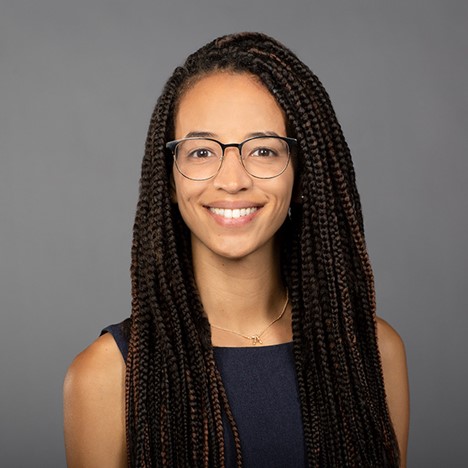 By: Whitney A. Hughes
Program Specialist, Office of Student Conduct