Supporting the rights of all members of our community

As people around the world end yet another year of celebrating LGBTQIA+ pride and our right to exist, many in the LGBTQIA+ community in America share a common sense of dread. As many flooded the streets of every major city, wrapped in the warm embrace of the rainbow flag for the first time since a global pandemic, on June 24, 2022, women across the United States lost federal protection of bodily autonomy. Shortly after this Supreme Court decision was announced, Supreme Court Justice Clarence Thomas said that gay rights and contraception rulings should be reconsidered. Therefore, with the current division and volatility in our country this year, I celebrate my favorite leaders, origin and history of the Pride movement.

The first Pride month was organized by Brenda Howard, a New York City bisexual activist, on June 28, 1970, to commemorate the Stonewall Riots. In June of 1969, LGBTQIA+ customers of the Stonewall Inn of New York resisted police raids on their bar. This moment in history began the transformation of our current society in the United States. It was a moment, when American citizens stood against their government on the founding ideas and principles of our country. When celebrating Pride, I am always reminded of the first openly gay elected United States politician, Supervisor Harvey Milk of San Francisco, who once said, “Hope will never be silent.” Hope has fueled the LGBTQIA+ community to make the advances in society that we have thus far, and I believe that hope is needed more now than ever.

Harvey Milk continued to say, “And you’ve got to elect gay people so that young child and the thousands upon thousands like that child know that there’s hope for a better world. There’s hope for a better tomorrow. Without hope, not only gays, but those Blacks, and the Asians, and disabled, and seniors. The us’s. The us’s without hope, the us’s give up. I know that you cannot live on hope alone, but without it, life is not worth living. And you, and you, and you have got to give them hope.” Although, it seems that we are living in unprecedent times, we as a community, must continue to do our part in the collective carrying of the beacon of hope for the us’s.

As another month of Pride celebration comes to an end, we must continue to do as citizens of a constitutional republic to continue to fight as Harvey Milk did for the us’s. It is my hopes for the LGBTQIA+ community that we begin to look inward at the injustices, discrimination and exclusion within our own community. I believe that we as a community of acceptance must continue to work to support the rights of ALL members of our community. This includes the rights of women, transgender rights, and the collective stance against racial discrimination and systematic oppression. We have fought long and hard to advance as a community However, it is important that we continue to shine as bright as the rainbow flag and become the next generation of politicians, educators, parents, community organizers, artist and global citizens that this world so desperately needs now.

Devin Williams is an admissions and recruitment coordinator for the University of Nevada, Reno’s Las Vegas Office for Prospective Students. Williams is a first-generation college graduate from Inglewood, California, who earned a B.A. in English literature in 2016 at the University of Nevada, Reno with emphases in African American studies and literary theory. His areas of expertise include college readiness, financial aid and the Western Undergraduate Exchange program. 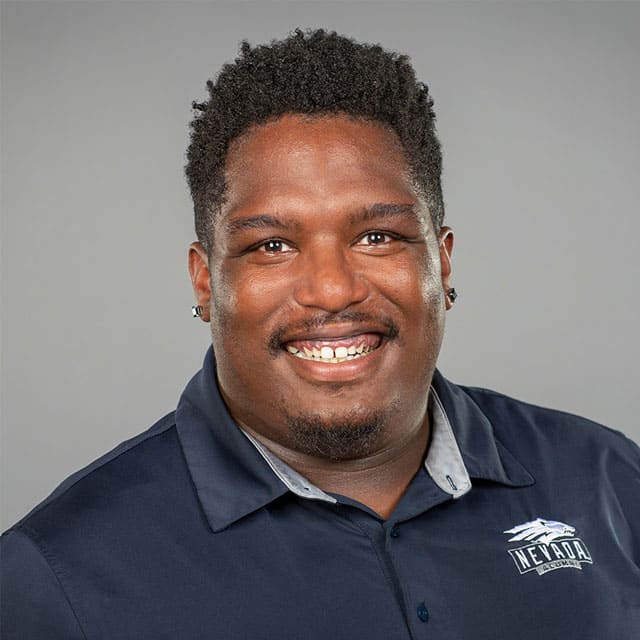