To make STEM fields more successful, look at adding to, rather than limiting, what women and members of minority groups are doing

Individuals who belong to different minority groups go to their place of work expecting to be treated in the same way that everyone else is treated, but often the mistreatment they experience ends up making it hard to even be at work. That mistreatment is experienced for women in science, technology, engineering and mathematical (STEM) fields. The STEM field is male-dominated, making it challenging for women to gain any acknowledgment or recognition as they advance through their career, thus leading to even more negative impacts.  These challenges can make it hard for any woman to succeed in the STEM careers and may make them wonder if they should even enter a STEM field.

Many individuals in minority groups have felt the pressure of being a representative of the whole community that they are a part of, as if they are a token representative. In terms of women in STEM, the idea that STEM fields are only for men continues to result in the mistreatment of women and a decrease in the number of women who enjoy long careers in STEM.  This also leads to women becoming tokens across different STEM fields and STEM careers as a whole, and this underrepresentation then contributes to negative environments for women in STEM (Settles).

In male-dominated fields, women often view themselves as being underestimated by their peers, held to different standards, and being in a fishbowl, where everything they do is compared to everyone around them and evaluated more negatively. These beliefs and women’s status as tokens in the workplace often leads to demotivation, lower levels of performance and diminished aspirations for the future (Zimmer). To some, this might provide “proof” that women are not the ideal candidates for these careers. To others, this is evidence of the harm of believing that being a certain gender makes one better than anyone else.

Negative beliefs about women in STEM and negative treatment of women in STEM careers have harmful effects on women who are in the workplace now as well as young women who are studying STEM disciplines.  These students are often made to feel that STEM fields are off limits to them, or that they cannot be successful in those fields. When women choose to major in male-dominated fields of study, they may choose to spend as little time as possible with peers in their major and, instead, may interact with the large number of women who are pursuing non-STEM majors (Sax). This pushes women away from opportunities that may arise within their major because they have less connections, thus leading to more difficulty getting into a career in their STEM field after college.

More and more evidence indicates that diversity within an organization or team, including gender diversity is associated with improved productivity, creativity, and organizational sales and profits, highlighting the need to increase women’s representation in STEM (Settles). By forcing women to exist as tokens across so many STEM fields, we are giving no room for new perspectives, ideas, or areas of growth and innovation.

The further along we progress as a society, the more gender constructs feel archaic, and yet decades later the restrictions and stereotypes imposed onto women persist. Social role theory suggests that because women are more prominent in caretaker roles and have historically placed higher value communion, they are more likely to continue to engage around those career goals as opposed to pursuing STEM related careers (Block). This, along with the centuries-long exclusion of women from pursuing a higher education, helped establish gender stereotypes that discourage women from studying and working in STEM fields.

Unfortunately, years of years of gender stereotyping have has more obvious and less obvious effects on our view of who has the look and feel of a true scientist. The University of Texas, Austin and the University of Colorado, Boulder collaborated on a study in which participants were shown photos of individuals, asked to rate their appearance on a masculine to feminine scale, and then asked to guess the likelihood of the pictured individual being a teacher or a scientist (Banchefsky). All 80 of the photos shown in the study showcased real scientists from several different universities. The survey found that the more “feminine” a woman was perceived to be, the more likely the participants were to assume she would be a teacher. Conversely, the more “masculine” a woman was perceived to be, the more likely participants were to say she would be a scientist. The research participants’ guesses of occupation for men’s photos showed little to no preference for a more masculine or feminine appearance.  The researchers assert that women in STEM fields may feel constrained to not participate in behaviors that are typically feminine, such as wearing makeup, because they may not be taken seriously, and their work may be undervalued in these male-dominated STEM fields (Francis).

The association between STEM participation and masculinity is one example of the misogyny that exists in the larger society and its impact on women in STEM still needs to be deconstructed. In STEM fields and in fields that are dominated by women, disrespect for women in the workplace has decreased women’s opportunities to advance and has increased their health risk. The COVID-19 pandemic has made this problem more obvious than ever.  Personal protective equipment (PPE) is designed with men in mind, leaving women with ill-fitting PPE (Topping). The risk to women working in healthcare increased when OSHA allowed qualitative tests (tests that relied on the senses) instead of quantitative tests ((i.e., tests of the amount of leakage) to determine the fit of surgical masks (OSHA.gov; Examinetics.org). A 2020 survey of more than 32,000 nurses revealed that nearly 9 out of 10 nurses feared going to work due to a lack of protection and roughly a quarter reported that they had to create their surgical masks (American Nursing Association).  As would be predicted, the lack of well-fitting PPE and heightened physical health risks also affect the mental well-being of healthcare workers (Berg).

Despite all the challenges, there are more women in the workforce and more women studying and working in STEM than ever before.  One way to ensure that women and men are being treated equally is to continue all efforts to make STEM fields more diverse and less limiting. The more that society starts to view women and members of other minority groups as adding to rather than taking away from our potential to discover and create, the more likely it is that workplaces will offer equal opportunities to all. This would ensure that STEM fields grow and benefit from new perspectives, ideas, and life-changing discoveries.

Sax, J. Linda. “The dynamics of “tokenism”: How college students are affected by the proportion of women in their major.” Research in Higher Education, Vol. 37, No. 4, 1996.

“Survey: Nurses Fear Going to Work Due to Lack of Protection from Virus More than 32k Nurses Share Experience from the Front Lines.” ANA, 24 Apr. 2020. 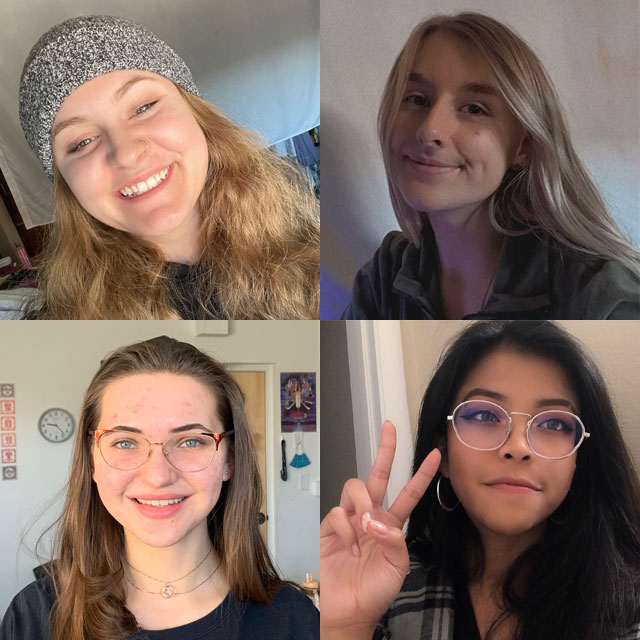