Two dreams in 22 years: 'This Here Is Devil's Work'

Answering the essential questions, not the least of which – Am I a novelist? – can take some time, the author of a new novel explains

In 1999, I was a high school dropout slinging blizzards at the Dairy Queen. I worked the late shift, often getting home at midnight, so when most people were asleep, I was heating up boneless chicken wings, watching Bottle Rocket on IFC, and trying to conquer the water temple in The Legend of Zelda: Ocarina of Time.

If you’d asked me then, I probably would have told you about these things. I probably wouldn’t have told you that I was also reading the standard fare of fiction that sad sack teenage boys are drawn to: A Clockwork Orange, Crime and Punishment, and of course Stephen King’s The Stand. And when I ran through these, I moved on to weirder stuff. Michael Talbot’s The Holographic Universe and Carl Sagan’s Demon-Haunted World were consumed with equal gusto, and while some people took the Sigmund Freud route, I was always on the Jung train: Psychology of the Unconscious and The Archetypes and the Collective Unconscious.

Even if I had told you about these and the dozens of other books I read that year, I certainly wouldn’t have told you what else I was up to. At two o’clock most nights, I was at the keyboard, trying to emulate the work of the masters I admired. How would Raskolnikov respond to the Y2K panic? What would Holden Caufield have to say about Sex and the City?

I wouldn’t have told you about these early attempts at writing fiction because they meant too much to me. They were rough, all right, and they were appropriate for a kid with more imagination than experience, but they also became vessels with precious cargo. They carried around all my hopes for the future. When I thought it’d only take six months—a year, tops—to make it to Oprah, that seemed like a prudent bet.

Twenty-two years later, the University of Nevada Press is about to release my debut novel, This Here Is Devil’s Work.

Let that sink in. Twenty-two years have passed from when I first dreamed up a plot and tried to fill an imaginary world. That 17-year-old kid, filled with hope, clacking away at the keyboard, would look at his future self and ask, “What happened, slacker?”

For me, wildfire has always been a source of awe and fear. My earliest memories of it revolve around the Dude Fire, north of Payson, Ariz., in 1990. Named for a nearby creek, the Dude carved up the Mogollon Rim, threatened to clog the streams where I had learned to fish with ash and the decayed and bloated bodies of rainbow trout, and destroyed the historic Zane Grey cabin. When we next returned to our fishing hole, we held our breath, waiting to see what devastation the blaze had wrought.

I was too young, then, to process that six people had lost their lives in its flames.

Aspiring novelists are told to write what they know. The reasons are obvious—you’ll goof up the details if you try to write about something you don’t understand—but there is a danger in only writing about what you know. (If I had written only about what I know, my fiction would be an endless series of chili relleno burritos and Phoenix Suns statistics.) When you only write about what you know, you lose the opportunity to live in the skin of another person, to see the world as they do.

I wrote Devil’s Work because I wanted to know what made these men and women deny their drive for self-preservation to defy one of nature’s most primal forces.

Answering that essential question, it turns out, took eleven years.

While I was whittling away at the manuscript—the first draft was 940 pages and in serious need of a diet—I read Ben Tarnoff’s The Bohemians: Mark Twain and the San Francisco Writers Who Reinvented American Literature. It traced the literary history of Mark Twain, Bret Harte, Charles Warren Stoddard, and Ina Coolbrith as they fought to have their literature, the literature of the West, be taken seriously by the literati in New York. Through struggle, they blazed a path for generations of Western writers. Compilations and college courses celebrate their work and the work of their successors. Yet, when I started talking to the New York City literary agents about my book, they said, “What are wildland firefighters?”

If you look at a map of the home bases of the wildland firefighter crews in the United States, you’ll see a generous sprinkling west of the Mississippi, but aside from the occasional pocket—in the Florida everglades, for instance—they are few and far between in the east.

Last summer, plumes of smoke rolled across northern Nevada from fires as far away as San Diego County. Amid the growing tensions of the pandemic, we were given another reason to pull masks over our mouths as an apocalyptic layer of gray and brown settled over the Truckee Meadows for weeks.

In the harrowing shadow of the fire season, the University of Nevada Press continued doing what it has done every year since it published Robert Laxalt’s Sweet Promised Land: preparing for publication manuscripts that engage in the land, people, and history of the West.

They know the answer to the question, “What are wildland firefighters?”

They are the men and women who, when the fires hit, grab chainsaws and hand tools only slightly more sophisticated than garden hoes, then hike miles into the forests and high deserts that give our region its unique flavor. They are those brave souls who clear fuel from forest floors, strategically down trees, and punch fire lines to protect homes and the lives within them. They work long hours—ten or twelve at a time—and at the end of their day, take a patch of earth for their beds—all with the blazes bearing down on them, radiating heat and throwing ash and embers their direction.

Wildland firefighters carry the traditions of the West, heroes worthy of immortalization for their bravery and their willingness to lay down their lives for us.

I am grateful to be a member of the Wolf Pack. As a student, I leaned on the Department of English—everyone from Mike Branch and Eric Rasmussen to Cami Allen, to say nothing of Christopher Coake. Then my MA thesis advisor, now a friend, it is difficult to imagine a writing career without Coake’s support. When I needed a job, the Pack employed me. When I needed friendship, my colleagues were always ready for a walk around the Quad. And in my darkest days artistically, the University of Nevada Press made a long-held dream come true.

Once my first novel hits shelves, there will only be one thing left on my 22-year-old to-do list.

I guess it’s time to blow the dust off the old Zelda cartridge, fire up the N64, and give that water temple another go. If you haven’t heard from me by then, check back in 2043.

(Note: Curtis Bradley Vickers's short fiction and essays have been published by Sou'wester, Ohioana Quarterly, Shroud, Muscle & Blood, and GWS Press. From the first wildfire he experienced as a child fishing on the Mogollon Rim to the first time the Bonneville Salt Flats cracked beneath his feet, he has always wanted to pin to the page the West that filled his imagination. This Here is Devil's Work is Vickers's first novel. He lives in Reno, Nev. and serves as the marketing and communications specialist for the College of Engineering at the University of Nevada, Reno.) 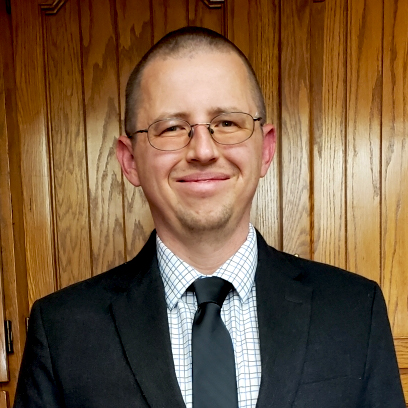 By: Curtis Vickers
Marketing and Communications Specialist, College of Engineering