Taking responsibility for the house we live in

Author Isabel Wilkerson to share her perspective on "Caste, Community and Injustice in America" on March 4

I remember listening to an episode of the (sadly now-defunct) podcast Another Round, and the hosts Tracy Clayton and Heben Nigatu, two Black women, were discussing the fact that there was nothing equivalent to the “N-word” that you could call a white person, that there was nothing as offensive or violent. Then, the two women both started laughing and said that if you wanted to make a white person really upset, there was, in fact, something you could call her: a racist. Part of the hysterical laughter on the part of the hosts derives from the fact that white people get very hot and bothered about being called a racist, more so than they get feathers ruffled by either the everyday racism or extreme racial violence suffered by Black fellow citizens. The extreme offense on the one hand and willful ignorance on the other is indeed laughable, but it’s also devastating and damaging.

Isabel Wilkerson’s new book Caste: The Origins of Our Discontents makes an ambitious, and not uncontroversial, intervention into such problems by defamiliarizing the terms race and racism and mapping them instead against the historically and geographically broader terms of caste and casteism.

The change in terms made possible by framing U.S. slavery, Jim Crow, and anti-Black racism against India’s caste system and Nazi Germany’s eugenic genocide does something interesting to the way individuals are positioned relative to structures of oppression in the United States.

It’s worth saying that Wilkerson’s shift of terms is not uncontroversial. In a recent conversation, I posed the question, what does it mean to lose the term racism at a moment when people are marching in the streets saying “Black Lives Matter” only to be met by violent suppression? And given the fact that the term “racism” has only recently become powerful, why not, at such a moment, wield it?

One possibility is that Wilkerson’s terminology makes the problem of U.S. racism big and all-encompassing in a way that more accurately reflects the realities of history and that it sweeps the all of us into accountability. Especially lately, the word racism has been framed by defensive white Americans as a kind of individual moral failing—“I’m not a racist!”—along the lines of being accused of cheating on one’s taxes. Perhaps the shift in terms can allow a more honest accounting? I confess to having mixed feelings on this point.

Early in her book, Wilkerson builds one of her most important metaphors, that of the house. This house is the nation and Wilkerson describes herself as the building inspector, seeking cracks in the foundation, weak beams overhead. It’s a house we all live in, whether we chose it or not. On one hand, Wilkerson’s vision of the U.S. caste system as house makes racism not an individual moral failing, but a structure in which all Americans reside, some in more privileged positions than others. On the other hand, she is very clear that residing in this house offers no exculpation. Instead, because whether ill-intentioned or no, we all live in the house, caste is something everyone is caught up in and responsible for addressing. And as members of the privileged caste, white Americans have particular responsibility for learning the structural faults of the house that gives better shelter to them, a better spot at the table. This is something I feel some certainty about, especially as I continue to reflect on my position as a member of America’s privileged caste.

Nevadans are very lucky that Isabel Wilkerson will be visiting us on March 4 to talk about her work on “Caste, Community, and Injustice in America.” I’m very proud that Core Humanities is partnering with the Department of Interdisciplinary, Gender, and Ethnic Studies at UNLV, The Humanities Center at Great Basin College, and Nevada Humanities for this visit. For community members who’d like to continue this learning, there will be an associated program on Black migration to Nevada on March 9.

(Note: Katherine Fusco is Director of Core Humanities in the College of Liberal Arts, where she also teaches American literature and film. She is the author of two books, a number of academic articles, as well as popular essays on feminism and motherhood in pop culture. She’s currently completing a book about celebrity and identification in the 1920s and 1930s. You can learn more about her work at katherinefusco.com 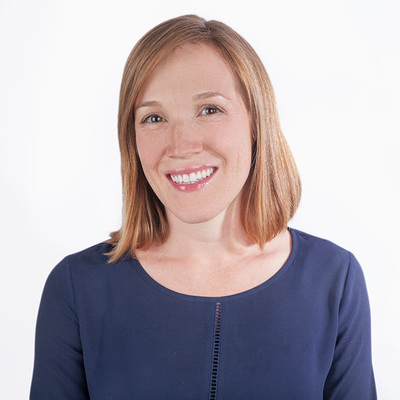