Technology is key to feeding the world

Over the years, I have listened to many speakers predict what the future of agriculture will look like. One of the biggest challenges for agriculture is to feed 9.6 billion people by 2050. To do so, food production must increase 70% by 2050.

One way to address these issues and increase the quality and quantity of agricultural production is to use sensing technology to make farms more intelligent and connected through so-called "precision agriculture," also known as “smart farming.”

I came across an article the other day, Five High-Tech Farming Trends, by JoAnn Alumbaugh, that shares British author and Labour Party politician Anthony Crosland’s most cited sentence: “What one generation sees as a luxury, the next sees as a necessity." History has shown this to be true – just look at the use of cell phones, televisions, hand-held devices and computers. Then look at how living conditions and diets have changed as societies have become more affluent.

Below are technologies related to agricultural and natural manufacturing under four key areas of accelerating change, many of which are already in use today: sensors, food, automation and engineering.

Equipment telematics: Allow mechanical devices, such as tractors, to warn mechanics that a failure is likely to occur soon.

In vitro meat: Also known as cultured meat, in vitro meat is muscle tissue grown in a lab and therefore never part of a live animal. These products have already entered the market, including the plant-based hamburgers sold by Burger King.

Agricultural robots: Also known as “agbots,” these are used to automate agricultural processes, including harvesting, fruit picking, ploughing, soil maintenance, weeding, planting and irrigation, among others.

Robotic farm swarms: The combination of dozens or hundreds of agbots with thousands of microscopic sensors that would monitor, predict, cultivate and extract crops from the land with practically no human intervention. Small-scale implementations are already on the horizon.

Variable rate swath control: Building on existing geo-location technologies such as GPS, future swath control could save on seeds, minerals, fertilizer and herbicides by reducing overlapping resources. By pre-computing the shape of the field where the resources are to be used, and by understanding the relative productivity of different areas of the field, tractors or “Agbots” can procedurally apply resources at variable rates throughout the field.

Closed ecological systems: Ecosystems that do not rely on matter exchange outside the system. Such closed ecosystems would theoretically transform waste products into oxygen, food and water to support life forms inhabiting the system. Such systems already exist in small scales, but existing technological limitations prevent them from scaling.

The information revolution ties global and local producers and consumers together in ways not possible just a decade ago. As the speed and capacity of computers continues to increase, the ability to gather and use information on all aspects of production agriculture will explode. Some of these technology advances have already been developed and are just waiting to become financially viable before they transition from a luxury to a necessity. 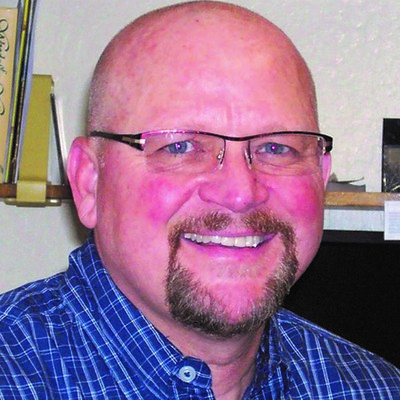