Growing up as a woman in STEM

Read the first of six blogs written by the freshmen Women in Science and Engineering (WiSE) LLC cohort on the topic of women in STEM to be shared throughout this academic year. The blogs are part of an assignment in the WiSE LLC SCI 110 course.

Women in STEM has grown as a discussion topic alongside the growing number of women in the field. A contrast of criticizing and praising mindsets within society can be influential to young girls growing up; watching adults in white coats on television or being inspired by women astronauts. We’ve highlighted significant milestones in the life of a woman in STEM, growing from adolescence to adulthood in her career. Despite the influx of social pressures from the media on women pursuing STEM careers, we recognize that as an underrepresented faction in the workforce, women are as capable as their male counterparts in any career, can embrace their femininity, and act as supportive allies to combat workplace harassment/hierarchy.

Thanks to the release of scientist Ken and astrophysicist Ken, young boys are growing interested in science and engineering fields! This isn’t true. The truth is boys don’t need dolls to grow their interest in STEM fields and neither do girls. Researchers Aurora Sherman and Eileen Zurbriggen studied the increase in STEM career Barbies and found that they didn’t make a difference in influencing girls to explore more STEM careers. Kim Elsesser wrote an article for Forbes, “Sorry, Mattel, Astrophysicist Barbie is Not the Way to Get More Girls in STEM” in 2019 to discuss the release of the National Geographic and Barbie collaboration. Barbie Senior Vice President Lisa McKnight stated this new line would inspire girls through “new roles… showing them they can be anything” and allow them to “explore the world and different career fields right in their homes” (McKnight).

In the attempt to push adolescent girls into STEM fields, using Barbie dolls was proven to be ineffective. Researchers Aurora Sherman and Eileen Zurbriggen found, “Barbie is a sexualized toy, even when she’s wearing physician’s clothing. It doesn’t matter if it’s Doctor Barbie or Fashion Barbie, girls focus on Barbie’s appearance, unattainable figure, and her clothes” (Elsesser). Exposure to the STEM field is the best way to allow young children to overstep stereotype bounds and learn to expand their horizons. Research states that, “...gender stereotypes of STEM professionals in the media influence students’ stereotyped perceptions of STEM” (Steinke et al.). Because of these stereotyped perceptions of STEM, children are molded at a young age to confine themselves within the stereotypes, hence defaulting to stereotypical gender-appropriate toys.

The solution to this issue is the “creation of more and more diverse media models of female STEM professionals” (Steinke et al.). Female representation in the STEM field should appear in movies, television shows, children’s books, etc. The attempt with Barbie brought up more issues that develop within adolescence: body-issues, stereotypes, and confinement within social norms. As stated by Elsesser, “If you want your daughter to pursue astrophysics or entomology, I’m not sure Barbie is the way to go. A book, a telescope, a bug-collecting instrument, or microscope is likely to stimulate more interest (and without the body image issues)” (Elsesser). Therefore, media streams should encourage and advertise STEM-related toys with young female and male actors of different ethnic backgrounds to engage the larger audience of the U.S. melting pot.

The term femininity is known to be categorized as “delicate, soft-spoken women being subordinate to ideas and tasks that they don't think of for themselves.” As women in STEM, part of the job is to dissipate that preconceived notion. There is the possibility of embracing femininity while also having that assertiveness in order to present oneself as a colleague. The root of the term “professionalism” was “built by men for men and living in a patriarchal society, such standards were ingrained into girls” (Espinoza). Wearing makeup, but not too much, wearing tight clothing if your body type is curvy; women as a whole are looked down upon for being themselves too much of the time. “Generally, when a woman comes into work with a full face of makeup on, a dress, and high heels, comments such as ‘she does that for attention’ or ‘she tries too hard’ tend to circulate” (Espinoza).

This is a major issue in the STEM fields; along with women being deeply affected by this mentality, they also fuse into agreeing with it. They get sucked into believing that if they don’t wear makeup and pull their hair back, it makes them a slob and if one uses jewelry, they’re showing off what they have. It is a mindset that interferes with a woman’s sense of being when it never should. Professionalism should not be defined by what a woman wears, how she wears it, and how she looks wearing it.

Professionalism should be measured by the way that a woman treats her job, how well she does it, and getting the job done. Whether it’s in red bottom heels or loafers. "Evidence suggests that women cope with these circumstances by using impression management and discarding feminine characteristics to fit in with prototypical male cultural standards” (Buse, Bilimoria, & Perelli; Danbold & Huo; Servon & Visser).

Imposter syndrome is a phrase that is used to depict a sense of doubting your abilities and feeling like a fraud despite major accomplishments and experiences. This is a large issue prevalent amongst women in positions of power, usually held by men, such as women in STEM. A major contributor to the development of imposter syndrome and the feeling of not belonging within a position is rooted within gender stereotypes. Stereotypes can reduce women’s identification with science, technology, engineering, and math and can decrease their motivation to enter STEM domains (Starr). These stereotypes begin to form early in life as children are placed in classes in school and enter universities.

As a society we have predetermined that men usually have higher achievement and academic success in areas such as math and science. This leads to women in these particular classes to develop a sense of inequality in regard to their treatment and ability to succeed. This classroom dynamic follows women into universities when determining a major and the career path which one might pursue.

To combat these feelings caused by imposter syndrome, there are many groups and programs that advocate and encourage women to pursue careers and activities based in STEM.

These organizations are tailored for a variety of age groups from young children to adult women, from STEM for Her, an organization that encourages girls and women to explore and become excited about the prospect of a career in STEM through participating in field trips, curriculum, clubs, and listening to speakers, to Girls Who Code that aims to teach girls computing skills and inspire them to make technology to make the world a better place (Mizzi). Being surrounded by like-minded women who are all striving to achieve similar goals not only provides support but a community and a greater sense of belonging.

Workplace harassment and hierarchy are prevalent issues that hinder women in STEM. To quote, “...the current state of affairs suggests that once women enter STEM, they are faced with highly challenging and difficult circumstances that create uneven and extremely difficult conditions that may prevent them from succeeding and having healthy and positive work experiences” (Danbold and Huo). Reports state that “the underrepresentation of women in leadership positions and in science, math, technology and engineering (STEM) domains leads people to form stereotype-based explanations that men possess and women lack the skills and traits necessary for success in those domains” (Cundiff and Vescio). Workplace harassment arises from the impression that women “lack” in skills and traits when the root of the problem is underrepresentation. These stereotype-based explanations continue to shadow over future generations and influence them in their adolescent years to accept these discriminatory notions.

Due to stereotypes, women are also challenged to climb the workplace hierarchy. In an article on workplace hierarchies, “stereotypes influence explanations for group disparities in ways that justify existing social arrangements as fair, just, and legitimate” (Cundiff and Vescio). Women shouldn’t be stopped from climbing the workplace ladder because of discriminatory stereotypes birthed by outdated perceptions of STEM careers. We emphasize “outdated” with support from a 1983 experiment, “...when asked to draw a scientist, both children and adults typically portray men” (Chambers). Now that we’ve identified the antiquity of the perception, it’s vital that women and men combat these stereotypes and create inclusive conceptions.

We recognize that workplace harassment involves inequality, as an article on workplace harassment states, “A major tool for maintaining this inequality is on-the-job harassment: Women and minorities often face hostile receptions in traditionally male- and white-dominated domains, which discourage them from entering and remaining in those domains” (Berdahl and Moore). According to Fouad et al, “...two key forms of incivility are experienced by women in STEM: undermining and hostility” (Fouad et al.). From these key forms, STEM workplaces should recognize that in order to support increasing representation of women, action should take place to boost the idea of debarring gender discrimination. As noted, “​​Failing to acknowledge gender discrimination when it does exist can impede efforts designed to mitigate discrimination” (Cundiff and Vescio). We can understand that from these explanations, there is room for improvement to combat these stereotypes and reduce harassment in unfair workplace hierarchy.

We believe that with the push towards increasing representation by women in STEM, men will continue to persist in participating in workplace harassment because of “prototypicality threat” (Danbold and Huo). To support this claim, “...men in STEM who see gender diversity initiatives as succeeding in bringing women into the field in unprecedented numbers will experience prototypicality threat. This experience...will then motivate men to challenge both initiatives to bring more women into STEM (i.e., the source of their threat) and these policies’ beneficiaries (i.e., women)” (Danbold and Huo). As the quote mentions, women are seen as a threat when entering STEM fields, and although it can be implied in a positive connotation, this proves that the workplace environment won’t be accepting of women.

The biased conception of women unable to be seen in STEM fields is a barrier that needs to be broken. In an article on workplace incivility, the authors, “...suggest five best practice recommendations to reduce workplace incivility. These include: Civility trainings in organizations; Social support; Mentorship; Fostering an open and inclusive work culture; and Creating gender-balanced teams in the STEM workforce” (Saxena et al.). In connection to acknowledging gender discrimination, civility trainings in organizations “focus on making employees aware of what counts as incivility” (Saxena et al.). Examples of incivilities would be absence of courtesy or manners, being disrespectful, and, in short, negative behavior that would interfere with the productive flow of the workplace. We highlight civility training because they engage “employees into actively understanding the negative impact of being uncivil” (Saxena et al.). In response to the workplace proposals, we believe that these proposals are the first steps to gradually widening the perspective of people in STEM to include women, thus reducing the numbers of workplace harassment and breaking the status quo on hierarchy.

Elsesser, Kim. “Sorry, Mattel, Astrophysicist Barbie Is Not The Way To Get More Girls In STEM.” Forbes.

Fouad, et al. “Comparison of Women Engineers Who Persist In or Depart from Engineering.” Journal of Vocational Behavior, vol. 92, no. 79-93, 2016

Steinke, Jocelyn, et al. "SEEING ONESELF AS A SCIENTIST: MEDIA INFLUENCES AND ADOLESCENT GIRLS SCIENCE CAREER-POSSIBLE SELVES." Journal of Women and Minorities in Science and Engineering, vol. 15, no. 4, 2009. 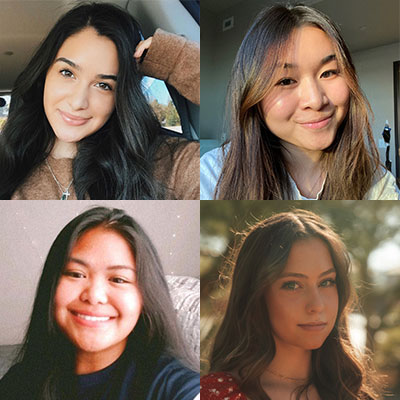