Being Latina and the struggle of the dualities of two worlds

A few days ago, I attended a Zoom presentation organized by ASUN entitled “What does it mean to be Latinx?” Every time I witness the complexity of identities in the Latinx community in the United States, I am amazed. Amazed that we are always perceived as a homogenous group, when in reality, we couldn’t come from more different backgrounds, and we couldn’t have more different and complex identities. Also, the challenges we face are as different as each of our stories. So, in the spirit of Hispanic Heritage Month, please indulge me in letting me tell you my story.

There is a well-known character in Mexican history that invokes both love and condemnation from most Mexicans. Her name was Malintzin but history knows her as La Malinche. Her story is similar to that of U.S.A.’s Pocahontas; the beautiful indigenous woman who abandons her tribe to help the white man. (The legends omit how she became the property of such White men, but that’s another story).

La Malinche was a Nahúatl woman who was given to Hernán Cortés as a slave. Due to her upperclass education, she spoke two languages, an ability that made her very useful to Hernán Cortés in communicating with the indigenous people as he went about conquering Mexico. On one hand, she was intelligent and, clearly, resilient. But on the other hand, she helped Cortés begin the Spanish colonization of the Nuevo Mundo. This duality is what gives her such a complex identity. And this duality is one that follows me.

When I was in high school, several of my classmates would sometimes call me Malinchista. As you can imagine, that was NOT a compliment. By definition, a Malinchista is “a person who denies her own cultural heritage by preferring foreign cultural expressions” (I’m not making it up; look it up).

In my early teens, I discovered American football. While switching channels on the television, I stumbled across a game being played in several feet of snow. I had never seen this! The game was being played in Minnesota. That year, the Dallas Cowboys won the Super Bowl, and I became a die-hard fan of Roger Staubach and “America’s Team.” This marked the initiation of my love for all things American. I learned about Formula 1, Sports Illustrated and Tiger Beat. Yes, Tiger Beat introduced me to the American darlings of my generation. My bedroom walls were covered with pictures of American teen idols I had never seen before in my life (in the 1970s, Mexican TV programming didn’t broadcast many American TV shows; I only remember Dallas and The Partridge Family, which of course, I loved).

I also loved English-language songs. I used to spend my money buying cancioneros, books similar in format and quality to comic books, for people who were learning to play the guitar. The cancioneros had the lyrics of the songs along with the music notes. I literally used these cancioneros to practice my English. I would translate each word of the songs, and then I would play the records over and over until I memorized the lyrics and could actually follow the singer pronouncing the words. Do you know how hard it is to sing at full speed: “Now they know how many holes it takes to fill the Albert Hall?”

By the time I was in college, I had already spent time in the city of Dallas (and yes, I made the pilgrimage to Irving, Texas and the Cowboys’ stadium) – and perfected my English. I started studying English when I entered first grade. By middle school, my parents were paying a private tutor. In Mexico, English was accepted as the lingua franca needed to succeed in the world, and my parents were going to make sure I learned it. (My dad had taught himself English, and he shared my enthusiasm for English language magazines, although not for the Dallas Cowboys.) Learning a second language allowed me to learn about, navigate and integrate into a different culture. And, unlike La Malinche, I did this of my own volition.

When I made the decision to come to the United States to study, my father told me, “If you ever decide this is not for you or things don’t work out, come back home.” But I was not turning back. In my mind, America was the best place in the whole world (my small world, at least). I had spent a semester in an exchange program at the University of Oklahoma, and I knew back then I belonged in the United States. One of the things that caught my attention early on was the fact that people could wear their pajamas to class (I know you’ve seen it), and nobody blinked an eye. One could wear her hair in blue spikes or wear slippers to the grocery store, and no one would say a thing. To me, that was amazing! People didn’t bother you, judge you or care what you wore. I felt America was the place where not only public services worked, but where you could be yourself and you could be free to be whomever you wanted to be. There was a sense of freedom that was refreshing.

However, for a long time I felt like I didn’t belong here, and I didn’t belong in Mexico, either. Navigating two worlds was not precisely difficult but sometimes unsettling. You spend your time “live switching” from English to Spanish to Spanglish and back again. You mix Cholula with Five Guys hamburgers. You watch American soccer but listen to the Mexican commentators (otherwise it’s like listening to golf announcers). And you truly think Mexican soccer fans are like the old Oakland Raiders fans, only worse. Women in Mexico are as rabid fans as many men, but, at least back in my day (I feel ancient now), you didn’t see many women go to the stadiums. As a woman, I never felt safe. I only went to a match if my male friends went with me. This is one of the most striking differences between the U.S. and Mexico: American soccer fans are so mild-mannered in comparison!

Another striking difference I noticed when I first came to the U.S. was that I was not getting cat calls out when I was out walking in the streets. In Mexico, everywhere I went (since I was a preteen, for goodness’ sake), I would be subjected to cat calls and whistles – and the harassment only got worse the older I got. My experience as a woman was of always being on high alert. But when I came to the U.S., I felt respected. I could exist without being harassed continually. Women here seemed to have a voice and the same opportunities as men to grow and pursue their dreams. I felt free to pursue a career and to not be expected to only dream of marrying and having children. Although, over the years, I’ve come to realize there still is much room for improvement.

Back in the 1500s La Malinche did what she could to survive (did I say historians think she died before she was 30?). History asked her to do a task she didn’t want, and she did her best. I am sure she considered her options and bought time, respect and the right to live in the best way she could. She used her skills to earn a place in history, and although her role continues to be debated, I cannot blame her. Did I turn my back on my country? Or did I look for a better life? My circle of Latina friends in the U.S. is full of intelligent, professional women who left their countries and built a better life ­– a different life – here in the United States. They all miss their families, and they all support their biological families in many ways. What they can do from here, however, is more than they could have done had they stayed in their countries of origin.

Being Latina in America is both an honor and a challenge. We struggle with the dualities of our worlds. We struggle with the adjectives that define us. We are a complex mix of races, traditions and experiences. We care for our people, and we work tirelessly to do what must be done to help each other. The complexity of our identities can help us create a better world for all of us, a world where our differences are not viewed as a threat but as an asset. A world where we all thrive. ¡Sí, se puede! 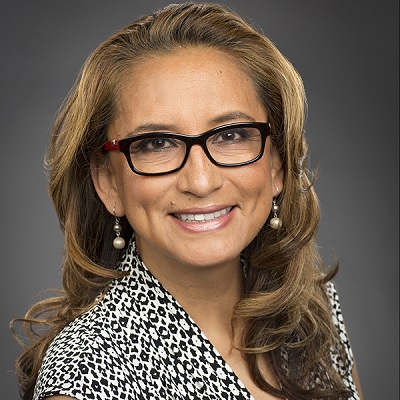