Sarah Trubovitz writes about her experiences with her Ph.D. project

In the early stages of planning my PhD project, I knew that I wanted to use plankton fossils to explore the link between evolution and the physical environment. My advisors -Dr. Paula Noble and Dr. Dave Lazarus- and I discussed how a complete Neogene history of radiolarian diversity in the tropics had never been attempted, but could shed light on how this important group of marine plankton responded to local changes in the environment over time. Furthermore, this new tropical record could be compared to a similar survey conducted in the Southern Ocean by Dr. Johan Renaudie, and potentially illuminate regional differences in radiolarian responses to climate. Thus, we designed a project to document trends in tropical radiolarian species richness and ecological structure over time, in the context of environmental reconstructions from tropical sedimentary records.

Deep-sea sediment samples were requested from the International Ocean Discovery Program (IODP) Gulf Coast Core Repository, which had been collected in 2009 as part of IODP Expedition 320/321 in the eastern equatorial Pacific. I traveled to Berlin to learn the slidemaking process and train on radiolarian taxonomy with Dr. Dave Lazarus and Dr. Johan Renaudie at the Museum für Naturkunde. However, it soon became clear that the project would not be as straightforward as it had seemed.

Once the deep-sea sediment samples were processed and mounted onto slides, the first thing I noticed was the remarkable number of radiolarian morphospecies, many of which could not be identified by my colleagues or from illustrations in previous radiolarian literature. I had known we lacked a full inventory of tropical radiolarian species, but had not accounted for the sheer number of undescribed species in my samples. This made data collection significantly more time-consuming than expected. In order to consistently classify them, I built a digital identification resource using tens of thousands of specimen images. More than half of species in this photo catalog do not have formal names, and had to be grouped into informal “counting groups” based on their morphological characteristics, so that they could be included in the diversity survey.

Despite the tedious work of documenting species occurrences, my coauthors and I were very excited to find such prolific diversity among the tropical radiolarians. Many of my samples had more than triple the number of species observed in the Southern Ocean samples by Dr. Renaudie. However, we were in for yet another surprise when I finished data collection over a year later.

When species richness and ecological structure (equitability) were plotted over time, there was no apparent trend in the data. In other words, the number of species and their relative abundances had not changed over the last 10 million years. Each sample contained approximately 400 radiolarian species, which were evenly distributed throughout the population, with no single taxon attaining ecological dominance. This result contrasted sharply with Dr. Renaudie’s findings in the Southern Ocean, which indicated a severe decline in ecological evenness ~8 million years ago as one genus became very abundant, followed by profound diversity loss from ~5 million years ago to recent. While we had expected to find echoes of this pattern in tropical radiolarian assemblages, instead it appeared that they were resilient to any changes in their environment over the last 10 million years. Furthermore, most of the species lost from the Southern Ocean did not migrate to lower latitudes as climate cooled, but instead went extinct. This high latitude extinction corresponds to high magnitude temperature change in the poles, but not in the tropics, which led us to interpret the extinction as a response to temperature.

*This blog was originally published on the Nature Communications Ecology and Evolution blog.

Read the paper in Nature Communications 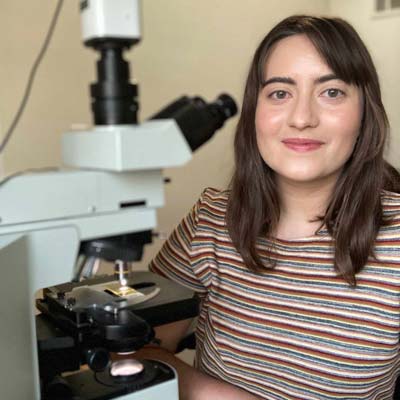