Giving voice to the Black experience in the Ivory

It's not just time to understand; it's time to concede the power we yield in the Ivory

But one late Saturday night in June, when the hashtag #BlackInTheIvory began to trend on Twitter, I started to reflect on the experiences Black men on college campuses shared with us in the 88 interviews me and my other two colleagues (Dr. Lynette Yarger & Dr. Eileen Trauth) conducted for our research funded by the National Science Foundation[i].  This Blog shines a light on the Black experience in the Ivory. My reflections confirm what many have suggested that such experiences shake the sense of belonging even among the most high-achieving Black individuals.

At the time of our interview, these 88 Black men were successfully pursuing STEM majors at a Historically Black Colleges and Universities (HBCUs) and Predominantly White Institutions (PWIs). As the first few interviews unfolded, it became very clear to me that the on-campus social interactions of 88 thoughtful, articulate, and driven Black men were different than that of mine. One of our interviewees referred to these social interactions as the Black Experience. The notion of the Black Experience that emerged from our interviews broadly captures the experiences associated with being a Black man in information technology (IT), however, they have much broader implications (beyond IT careers).  Below, I first share some lived experiences of Black men in the Ivory.  Second, I urge us, as University faculty, to do something that is uncomfortable, i.e., concede.

One Black man going to a PWI made note of how his physical presence unwittingly signals danger “… me being a black male …just by walking down the street from classes, [there are] times where … another person of a different race or color will walk on the opposite side of the street when they see me coming … That I'm going to do something to them.” Yet another interviewee shared the following to illustrate how he adjusts his behavior to mitigate such fears, “So it's another thing you have to be cognizant of, is that I'm a 6'2", Black man, so the media tells them I'm probably going to rape them and carjack them, statistically, so I usually try to just give, especially women, like a wide berth, because women will clutch their purse every time you walk near them or walk by them. Now again, you could have a pass, what I like to call a passport, where if you have a woman with you or a non black friend walking with you …then you're kind of given a passport and then you blend in and no one is really paying attention to you. But if you're walking by yourself, definitely, definitely people are clutching their purses and hiding from you and avoiding you.”

Run-ins with the Police were another critical incidence that emerged as a Black Experience, “I did have a few run-ins with police, but it wasn't like I committed a crime, it was like they were kind of harassing me, you know, like pulling me over for no reason and pulling a gun on me and things like that. Or I got called in because I was a witness to a shooting … I was one of 400 people there. So yeah, they said I might be a suspect. It was all sorts of crazy nonsense. But that was more like police, I guess trying to oppress.”

Let’s concede such stereotyping is discriminatory.

The feeling of being viewed as “token” Black men on campus and the unrelenting pressure to prove that they belong emerged as a dominant experience. As one Black man explained, “You just have to be better than everybody, I feel. When I get to [name of a leading IT company where he got a full time job as a programmer], I think a lot of people will think, ‘He got the job because he's African-American and he's disabled. They're getting points for that, and that's the reason why he got hired.’ I will have to show them differently that I'm better than you all, even though I am disabled and Africa-American.” Yet another participant expressed such pressures as follows, “…I’ve got to show everybody that I can do this. It’s basically I want to just show everybody, prove everybody wrong, anybody that’s doubted me, I want to prove them wrong, the naysayers and everything like that. That’s pretty much what I have to say about that.”

The low academic expectations, a common experience shared by many Black men, is well captured in the following quote, “It’s basically the expectation that everyone has for you because of your skin. They expect you to be an athletic. They expect that you listen to Rap. They expect you to be like the Black people they see on TV is kind of more what they expect. When you do something that challenges what they feel Black people should be, it’s like, ‘Hey. You are being a little white right now’….It [the black experience of low expectations] only benefits me when I get lots of minority scholarships. Those are awesome. Those are nice but it’s annoying because people have [low] expectations for you.”

Let’s concede such expectations are unjust.

One of the most moving experiences I had in these interviews was when at the end of an interview, I rhetorically made the following statement,  “Your parents must be very proud of you,”– He affirmed, “Yes, they are very proud” – I elaborated my point as follows, “Yes, you are about to graduate from the university with STEM skills which are in demand,”  He paused and then softly corrected me as follows, “that is not why they are proud of me, they are proud because I am Alive!

Let’s concede we have not prioritized Black lives in the Ivory.

At that moment I realized that however much I want to empathize with Black experiences, however much I believe I understand the concerns shared with me by Black men, and however much I try to bring about change, I cannot succeed. I cannot succeed because I cannot ever have a full and complete grasp and feel of what Black people truly experience on our campuses, i.e., to be invisible where it matters and visible where it doesn’t.  As a result, I must concede that I am simply ill-equipped to bring about a meaningful and lasting change for my Black colleagues and students.

Although the material properties of the milieu we share, i.e., the university campuses, are the same, our experiences in this milieu are vastly different. The Black Experience with its deep entanglement with power and privilege that is rooted in historic inequities cannot be emancipated by simply opening our minds and listening. We must do more. We must concede the power we yield in the Ivory.

I recall you and I being outraged in 1992[ii]. Appalled, in disbelief, and excruciating pain in 1998[iii]. But, simultaneously, I also remember you and I going back to live our lives where the outrage was short-lived and the return to status quo rather quick. Then came the Democratic National Convention of 2004[iv] where a young Black man dared us to hope – and yes, in 2008[v], we audaciously did just that. But in 2012[vi] our hearts were broken again, but the #BlackLivesMatter movement gave us a momentary hope until Ferguson (2014[vii]) followed by Mother Emanuel church (2015[viii]) and many more incidences that dashed our hope. I am tired of oscillating between being outraged and being hopeful. But I am mostly sick of living in the state of status quo between the ebb and flow of such outrage. I know that just giving voice to the Black Experience in the Ivory is not enough. Educators pledging their support for creating mechanisms, environments, and programs to foster greater inclusion of Blacks in the Ivory is not enough. Without dismissing the aforementioned efforts, we must concede that the current power structures and practices are blocking Blacks in the Ivory. Blacks are being "shut out" from the power structures in the Ivory. It is time to give them the reins to lead the Ivory into the next era. 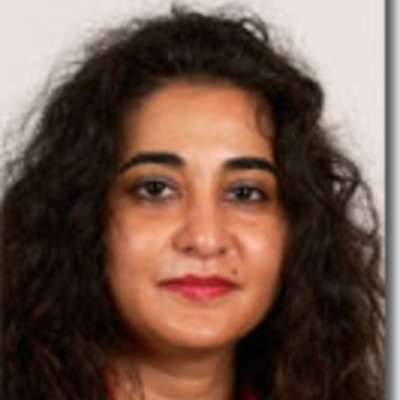 By: K.D. Joshi, Ph.D.
Professor and Chair of Information Systems, College of Business